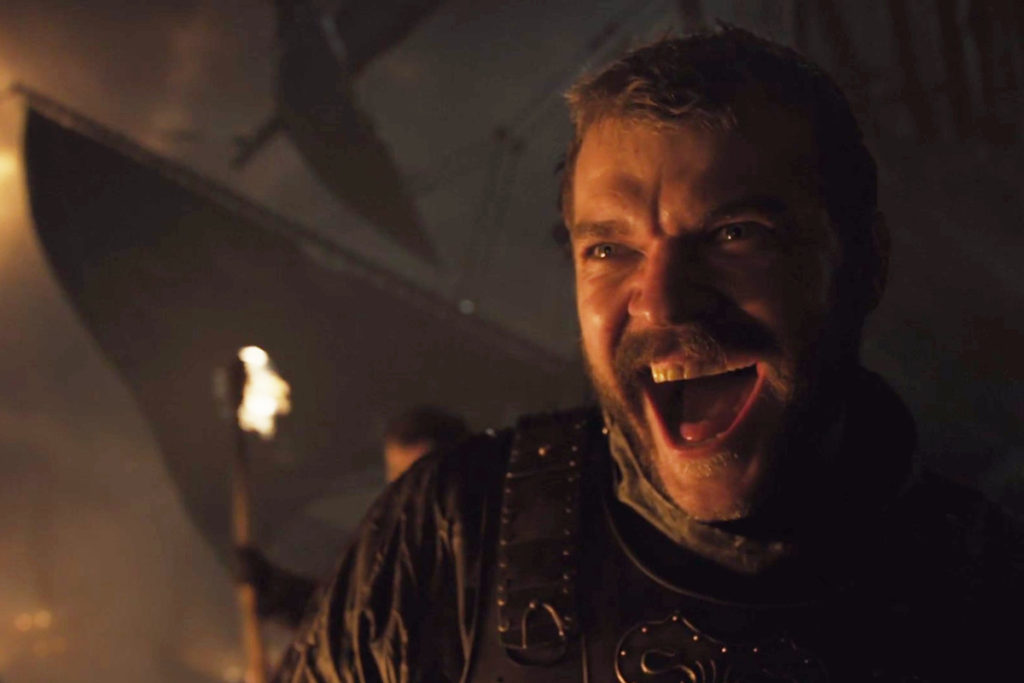 I blame San Diego Comic-Con for the fact that I’ve gotten roped into reviewing not one but TWO Game of Thrones episodes this season. And I’ll be honest – after the mess that was “Stormborn”, don’t expect to see me doing this again anytime soon.

But hey, for now, enjoy my rantings about how seriously absurd “Stormborn” was. If you’re a show lover, please don’t hate on me too much – after all, I actually enjoyed the season 7 premiere. But I honestly can’t understand how someone could watch this particular episode and call it good television.

Despite the fact that I don’t care for Daenerys, it’s still hard to not cheer for her just a little bit – to want to believe that she will do what’s best for the people, something that show!Varys also believes she will do…at least for now. The only other characters who are ‘in charge’ right now are Jon Snow, who is obviously focused on the war against the White Walkers, and Cersei, who doesn’t appear to have much going for her. So when we saw the Dany-Varys-Olenna-Yara-Ellaria face off in “Stormborn”, it wasn’t difficult to agree that the plan that Dany and Tyrion put forth was their best option. 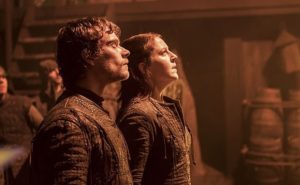 But while it makes sense that the ships sent to Dorne weren’t allowed to arrive at their destination unscathed, the nonsense fight that ensued was absolutely ridiculous. How did Euron know they were passing by, and in the middle of the night, to boot? What was that obnoxious bridge that Euron rode down onto their main ship? I won’t pretend that the loss of the Sand Fakes was upsetting, because it wasn’t – and of course it’s easy to figure out that Euron means to present Yara, Ellaria, and Tyene to Cersei as “gifts” – but whether or not this will do Euron any good remains to be seen. It would be very easy for Cersei to kill all three of them and deny Euron her hand in marriage (assuming that’s even what he *actually* wants), and then we’re back at page one for this particular “plot” (I’m using the word “plot” *very* lightly here, mind you).

Sure, Theon got away because his PTSD got the better of him, but the theories that Gendry will pick him up and deliver him somewhere – possibly even back to Dragonstone – aren’t exactly ‘crazy’ theories. I can’t really imagine an easier way for the show to bring Gendry back into the fold (and yes, this is something that will happen), so I expect we’ll see both of them very soon. (And yes, I do hope that they show up together, because at this point, why not?)

Meanwhile, Cersei might have Euron working for her in ways she can’t imagine, but in King’s Landing, she’s struggling. Jaime had to beg Randyll Tarly to fight with them, and while I believe that he will do so, I can’t imagine that this alliance will last very long. Whether Euron’s ships, Tarly’s armies, and Qyburn’s giant crossbow will be enough to hold back Dany’s armies and dragons remains to be seen – while they might turn the tide for now, it certainly won’t be forever.

And in the end, does any of that even matter? We all know that Jon Snow is right – the war for the Iron Throne means nothing compared to the one against the White Walkers. Of course no one will realize this until it’s too late; the vast majority of Dany’s forces are already going to be deployed, with her portion of the Iron Fleet essentially removed from the fight at this point, while the Unsullied are supposedly on their way to take Casterly Rock. Perhaps Tyrion will succeed in this, but even if he does, there are too many other players on the board to assume that taking Casterly Rock will really matter…at least not in this season. 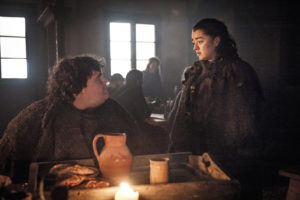 It’s pretty obvious that Jon and Dany will meet face to face very soon – likely in the next episode – and while we can certainly hope for the best, with about a season and a half left of the show we certainly can’t expect that. Don’t even get me started on the fact that Arya is finally heading back to Winterfell (thanks to Hot Pie!!! ahhhh!!!) right when Jon is leaving to go treat with Daenerys. At least Arya will be reunited with Sansa, and despite the rumors that Sansa might fall for Littlefinger’s nonsense, nothing that has happened so far this season leads me to believe that will actually happen. 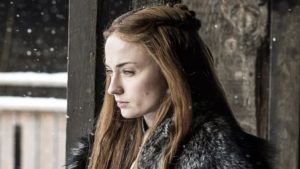 Seriously, yeah yeah sure sure Jon Snow threatened Littlefinger…but I really don’t think that Sansa, who wouldn’t even let Baelish have the final word in their last conversation, needs that sort of protection. Sure, Arya might be the one who eventually offs him, but that doesn’t mean that Sansa can’t take care of herself, and I’m really excited to see how this whole situation plays out. (Dear D&D’er, please don’t eff this up.)

As for what’s going on down in Oldtown, holy crap that scene with Sam carving the greyscale away from Jorah’s skin was disgusting. And yeah, I’ll agree with those who say that doing so seems, at first glance, like a very simple ‘cure’ for what has previously been named an incurable condition. However, as a history buff I must point out that they are using medieval techniques. Even nowadays, if someone is, say, very badly burned, it is a painful and often problematic process for doctors to save what they can of that person’s skin – if they survive at all. 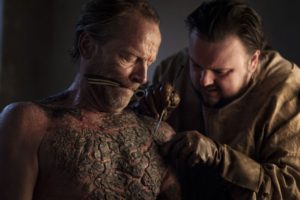 On top of that, it seems as if this ‘cure’ only works on advanced cases of greyscale, which would mean peeling off huge amounts of a person’s skin, as we see with Sam and Jorah. Do I think that Jorah will survive? Probably. But that doesn’t mean that he will be whole – not in any way, shape, or form. And attempting to help Jorah might not mean good things for Sam, either.

You know, I set out to hate on this episode quite a lot, but aside from the absolute nonsense that the Ellaria-Yara-Sand Fakes-Theon-Euron scenes entailed, I would have said that “Stormborn” wasn’t that bad at all. I mean, Sansa was left in charge of Winterfell! That in and of itself is A+++. Sure, this episode was slower than last week’s season premiere. And yes, the last several minutes were nothing more or less than absolutely laughable. Was “Stormborn” a good follow-up to “Dragonstone”? Absolutely not. But it moved the story forward, and at this point, that’s more than I can say for most of the prior seasons’ second episodes. In fact, as bad as some things about “Stormborn” were, it really did cement the fact that perhaps the previous seasons shouldn’t have been as long as they were.

What did you think of “Stormborn”? Please let me know if you disagree with me about [the absolute nonsense that was] Euron’s attack!