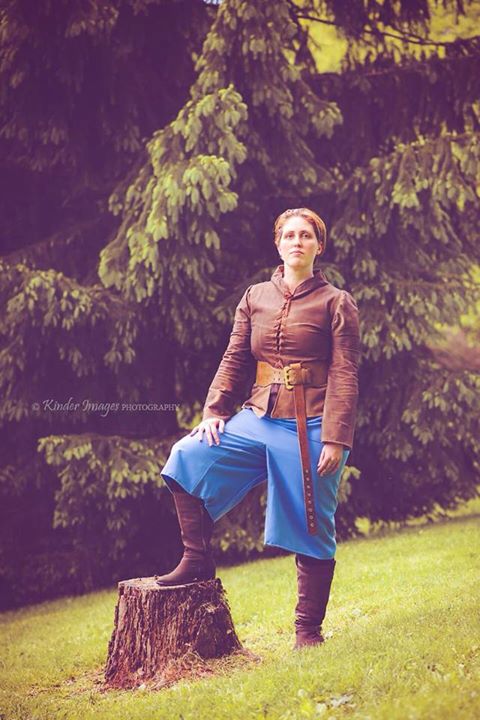 Terry Jo is a fun and funny cosplayer who hails from upstate New York, and I’m super happy to call her a friend and enjoy hearing her talk about her ‘obsessions’ with things like Jurassic Park and Home Alone. 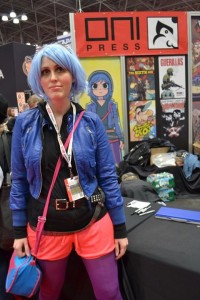 In 2002, I finally mustered up the courage to not care about how “nerdy” conventions were – I was riding high on the hype for Attack of the Clones, and there was a Star Wars Celebration within driving distance of me. I thought costuming was a no-brainer – if you’re going, you need to costume. For that one, I just kind of threw together a bunch of tan clothes and hung a lightsaber from my belt. It took a few years and a few more conventions to throw together a real replica costume, which was Jay (with an also female Silent Bob) for Celebration III.

I essentially taught myself to sew in high school because I was into retro fashion that wasn’t sold in stores. Crafting definitely came as a result of costuming, and only because friends forced me to stop relying on them for props. 🙂 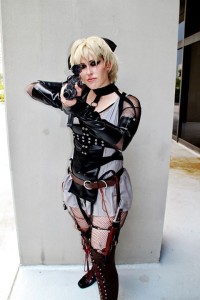 Rocket, from Sucker Punch. It was the result of a year where finances were really tight and I somehow was able to restrain myself to only one new costume for Dragon Con. I worked really hard on the logistics of that crazy costume because from the minute I saw promo shoots of Sucker Punch, I knew I wanted to costume it – and I also ended up loving the movie. It’s a project in itself putting this cosplay on, but it’s really transformative to wear.

I’ve always wanted to costume Winifred from Hocus Pocus, complete with her detailed cloak, buck teeth, and broom prop. And of course, two Sanderson sisters with like detail.  I’d also love a group of the Three Fates from Disney’s Hercules – also witches! Their costume design is so unique and creepy, but they share an eyeball, so making that wearable is way beyond my skill level. 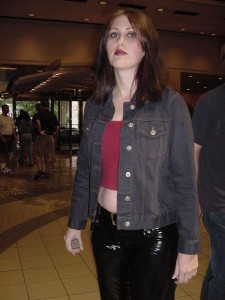 I have a podcast with a friend of mine, Dave Mayza- we’re called TMNK (Teenage Mutant Ninja Kevins) in which we cover all nerd chatter- movies, video games, tv, comics, etc.  Also, my friend Eva and I design and sell upcycled/repurposed clothing and accessories through Retcon Designs. I also have another incredibly indulgent and selfish endeavor in the works with my friend Aimee; it will be something of an e-magazine/comic called The Silver Tuna. (Though there’s absolutely no content yet.) It’s going be a satirical type site that mostly focuses on our shared obsessions of Home Alone, Terminator and Jurassic Park.

I like to think that cosplay lends itself in a major way to my nerd cred, since I am not much for spouting off trivia or seeing movies opening weekend. 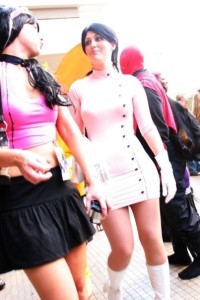 DRAGON CON, hands down. The community is amazing, you will never be bored, and SOMEONE will get your incredibly obscure costume. (And you will make that person’s day.)

Take it one costume at a time. Don’t compare yourself to cosplay celebrities. Look for tutorials online, but always modify them to suit your needs or try new things out. Be prepared to have a lot of failed props and costume pieces before you get something that works. And if you can’t see the mess – it doesn’t count! 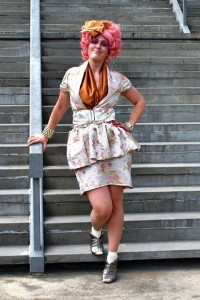 Everything has gotten really professional lately, and I really admire the work people are putting out…but I’d like to see an emphasis on found objects/pieces and cobbling costumes together again. I don’t believe that every costume needs to be sewn from scratch and every prop needs to be pulled from molds. My favorite costume-making comes from finding pieces at thrift stores and dollar stores and transforming them into something else.

My favorite memories involve brief encounters with people wearing really unexpected things. Like the couple cosplaying a 17th century royal couple turned to vampires that were extremely in character and out of touch with the modern world. Or when I came across a Pee-wee’s Playhouse group that involved someone as Chairy who let me sit down for a picture. Or when the “cast” of Friends came dancing through, blasting the theme song with no more of a costume than the actor’s face strapped on as masks.