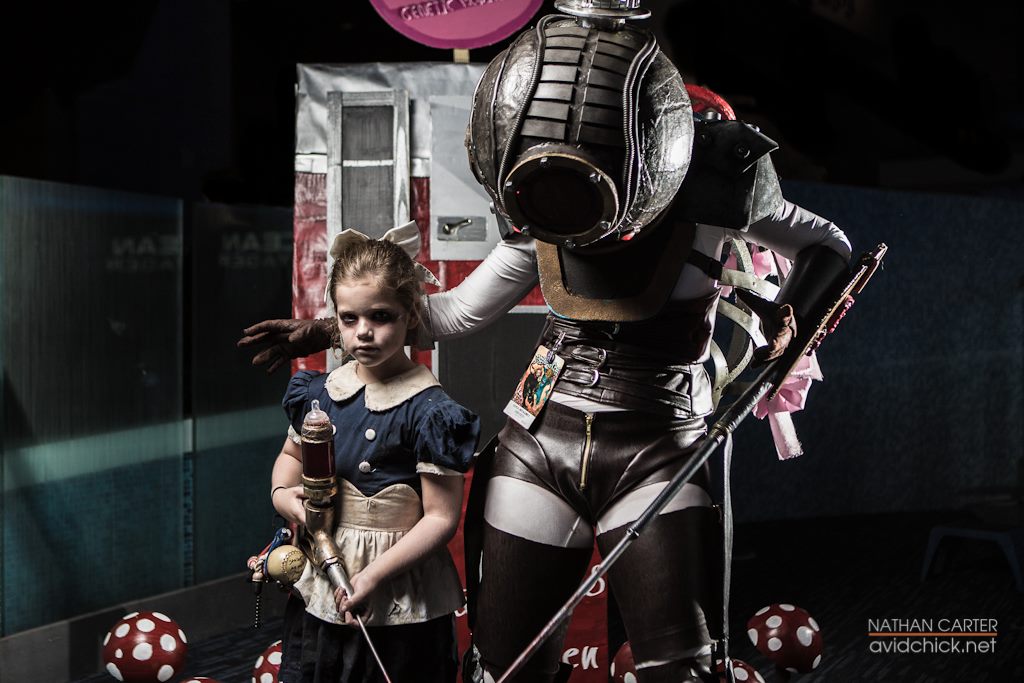 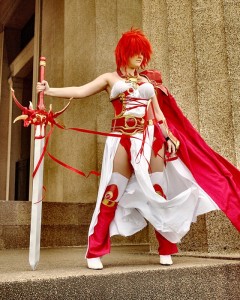 Officially, at the first con that I ever attended: DragonCon 2011. I’d always been into theatre and costume design, but it was a friend’s insistence that I go to Dragon Con that I consider my first foray into cosplay.

I’ve been in love with theatre since I was small, and I always made my own Halloween costumes. I was fascinated with makeup and designed and drew fantastical outfits. In high school I started making things in earnest, costume-related and otherwise, and I further honed those skills through my college theatre department. Since then cosplay has given me the opportunity to continue working with various methods and techniques and  to challenge myself!

I always love making and wearing armor. Partially because it does make you feel pretty badass, but also because I think its really cool to have taken something that’s foam or plastic or what-have-you and tomake it look like battle-worn leather or shiny metal. All that being said, I think my all-time favorite costume has got to be my Big Sister from Bioshock 2. Its made of a whole bunch of strange (and relatively lightweight) things, but it looks like the heavy leather-and-metal diving suits from the game. But now that I’ve learned more it’s currently getting an overhaul, to update it for better quality and wearability. 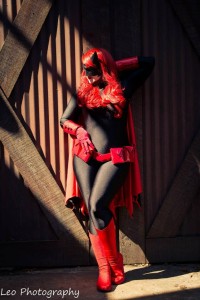 Amusingly, for a while, the answer was Big Sister. Now, I think my answer would be a Discovery-era Guy Manuel from Daft Punk (the gold helmeted of the two). With the leather motorcycle suit and the fully programmable lights on his helmet… both of these things are currently skills I’m lacking, but I’m hoping I can make my way there!

I have been pulled into a couple of costuming gigs for theatre, mostly for middle and high schools, and I’ve also been used as a “consultant” for building contraptions or props for them as well. However, most of that is pretty par for the course with my background in theatre, so it’s not so out of left field. But I’ve also worked some costumed charity appearances – my college was built around a classic Victorian home that was often used for events, some of which were themed children’s parties, at which I volunteered as a costumed character multiple times (often as the antagonist, which is always fun!). Additionally, I’ve worked a few events with a group that does Superhero functions. I was one of a comic shop’s costumed characters for meet-and-greets on Free Comic Book Day, and I’ve also appeared at a few charity children’s events as well. It really is charming to see these kids get so excited and truly BELIEVE you’re the characters. It definitely makes the volunteer work worth it to see their reactions.

I can’t often handle full costume commissions unless they’re for my friends, because I tend to over-stress about them. My biggest “client”, per se, is a 9-year-old girl who loves to cosplay with us. I’ve made (or tailored) several costumes for her, not to mention building her a full kart for her Vanellope Von Schweetz cosplay. I’ve made a few armor pieces and props, and pulled together simple costumes for friends, as well…but in the end I stick to more design-oriented stuff. I have made a few designs for t-shirts, and I do most of the graphic design work for myself and my friends and our cosplay groups, which can range from cover photo collages to business cards and so on. 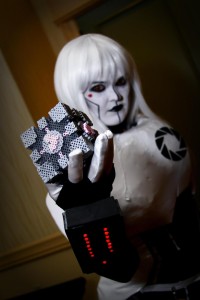 Pretty much all of the above was caused by cosplay, but one could argue it all stemmed from costume design in college.

Dragon Con is at the top, but then again it’s somewhat of its own monster. The close second is Nashville’s GMX, which I like to call DragonCon lite, followed by MomoCon in Atlanta.

Never let anyone dictate what you want to do. This is a hobby based on love for the characters and – at least for myself – the want to challenge myself and improve my skill set. But with that, don’t be afraid to change things around to make it work for you, and for what you’re comfortable with. Additionally, don’t get too intimidated with what other people can produce. There can be a lot of cool stuff that you can do with just foam, glue, and paint, and make it look awesome (plus its lightweight, which is helpful when you’re going to wear things all day). But as Jake from Adventure Time says, “sucking at something is the first step to being kinda good at something.” Just keep trying new things, keep practicing. The more you keep going, you can only get better. 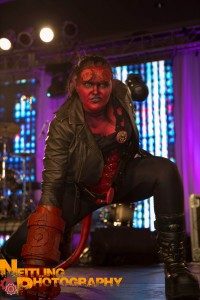 There’s this whole “fame” thing that has started to skew the hobby, in my opinion. I feel like its encouraging the wrong type of environment. I know there’s some generalization here, but there’s a growing number of people who are joining the cosplay hobby because they want attention, or fame, or power, or want to use it as a foray into modeling. Even worse, the SyFy show Heroes of Cosplay has seemed to foster this type and present it to the general public as what makes up the whole culture, and it’s not. It’s not just about competing and trying to out-do one another. It’s about making art, honoring a character you like, learning new skills, and hanging out with friends and other nerdpeoples. Too many catty people (and even the “fans”) can use cosplay as a platform for what is, essentially, bullying others. In a culture that was built up through nerd fandoms – something that was ostracized just a few years ago – it seems terrible that we’re now forcing in a new way to exclude people.

My most meaningful moment has been the whole journey of meeting and being with my Bioshock costume group. Bioshock has always been my favorite since I played the first one, and for a while, it, too, was a bit under-represented in the fandoms. One year I decided to cosplay as Big Sister from Bioshock 2 and march in the Dragon Con parade, and about a month before DragonCon, myself and a guy I met who was doing Big Daddy began trying to drum up more Bioshock costumes for the parade. By the time we got there, we had a good little group – maybe only about 15 of us, but it was something. A few months later, there was a Bioshock photoshoot, and we got the gang together again. By then we’d started talking more, and the friendships clicked instantly. The rest of the story gets long, but what once was a costume call for the parade led me to meet my best friends in the world, and our little group has grown as well! I love them to pieces, and I still think it’s funny that it was all because of that game. There’s always a lighthouse, always a man, always a city, and maybe a few people insane enough to tackle these costumes. 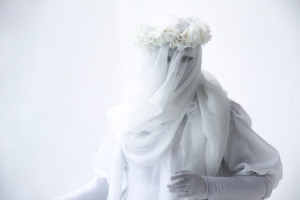 If you love it, do it. Don’t let people tell you what you “should” do with a costume or a fandom. There’s a big difference between “should” and helpful advice on improvements. And as cliched as it is, the most important rule is to have fun. You’ll meet some of the best people in the world! 🙂

If you’ll be at Dragon Con later this month, perhaps you’ll run into Layla…if not, don’t forget to check out her Facebook page and/or Tumblr!