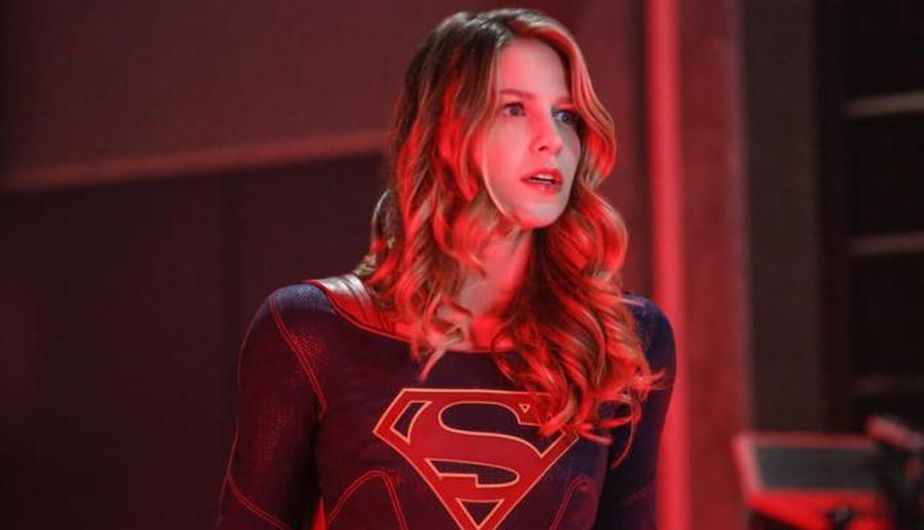 Supergirl continues to be relevant, whether intentional or not. In “The Martian Chronicles”, the team is in lockdown as they try to find an enemy that’s hiding in their midst.

Last week, M’gann revealed that the White Martians knew where she was and were coming for her. Well, it’s just one – her husband, Armek. He tries to convince her to turn herself in, but when she doesn’t he impersonates her and goes to the DEO. When the real M’gann shows up at the DEO as well, all hell breaks loose. During the attempt to capture Armek, the power goes out. J’onn puts the building on lockdown to trap Armek, but things quickly sour even further once the gang realizes he’s likely impersonating one of them. Later, they learn there are two White Martians, and there’s a little trouble with the reactor core but no big deal. Winn deals with the reactor while Kara takes down one of the White Martians, and M’gann kills Armek to save J’onn. 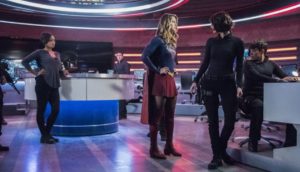 “The Martian Chronicles” does a good job of showing the terror and paranoia of suspecting that there are enemies among you. When the group realizes that Armek has shapeshifted into one of them, everyone suddenly gets itchy trigger fingers and things rapidly dissolve into chaos. This is a fairly accurate representation of what can happen when you see enemies everywhere, and it seems to be happening in real life a lot. The important thing is not to panic and to look at things rationally. They were able to diffuse the situation and come up with a reasonable solution to uncover the imposter.

Episodes like “The Martian Chronicles” are a favorite of mine because 1) bottle episodes tend to allow for great character development and 2) actors really get the chance to flex their muscles. Jeremy Jordan and Chyler Leigh pulled double duty as both their regular characters and White Martians impersonating them, and I particularly enjoyed evil!Winn with a blowtorch.

I’m disappointed that M’gann will be leaving. I think they failed to utilize her well, but there was a lot of potential there. I love that to fight the White Martians, rather than using her natural form, she took the form she originally revealed to J’onn – that of a Green Martian. It says a lot about how powerful a person’s choice can be. M’gann is from a violent culture and made the decision to turn her back on how she was raised. Once again, Supergirl is coincidentally relevant with the emphasis on M’gann making her own choices and risking her life to do the right thing. Her motivation to return to Mars is noble, but it comes across as a little out of the blue.

While I’m mostly indifferent towards the pairing, I really don’t want the Kara/Mon-El storyline to be an endlessly drawn out saga of “will they or won’t they”. She was right to turn Mon-El down when he confessed his feelings to her. They don’t know each other that well, and one can argue that – however abruptly they ended their relationship – Kara is still getting over James. I don’t like that she seemed to reevaluate her decision based on the knowledge that he’d only been drinking club soda at the bar. I mean, I’m pretty sure it’s not cool to be drinking at work, even for a bartender, but whatever. (Note: According to my sister, a former bartender, it depends on the state as to whether or not bartenders can drink on the job.) His moving on at the end of the episode should have solidified her hesitation rather than making it appear as though she now regrets her choice.

As has been increasingly obvious all season, Mon-El and his budding relationship with Kara is causing other characters – namely Winn and especially James – to be sidelined. The Guardian storyline should be a bigger deal than it is. They aren’t giving it the attention it deserves because we must be spoon-fed an unnecessary romantic relationship between Kara and Mon-El. Of course, shows should evolve from season to season and that includes introducing new characters, but the old characters and relationships should not suffer because of it.

Luckily the one relationship that hasn’t suffered is the core relationship between Kara and Alex. Their dynamic is the most important and consistently the most well done. “The Martian Chronicles” explores Kara’s feelings of abandonment now that Alex is in a relationship. She’s naturally supportive of Alex and Maggie, but she isn’t used to sharing her sister and is still getting used to it. Also, while I can understand that Kara was hurt, it isn’t like Alex intentionally missed her Earth birthday. The past few episodes have made Kara come across as a little selfish; I think she needs to be given more growth in her own story arc.

What did you guys think of “The Martian Chronicles”?