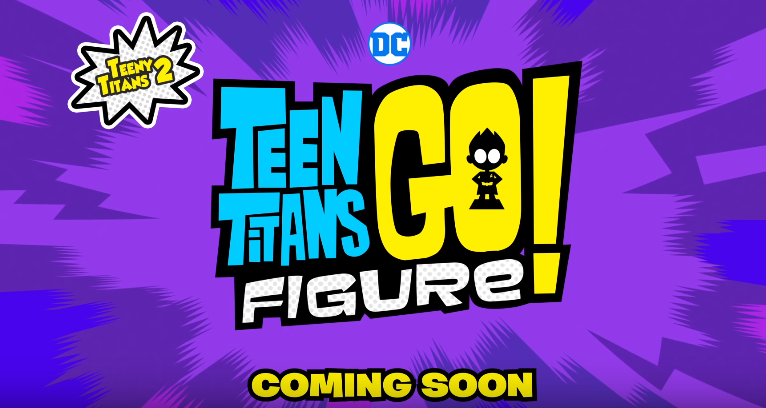 If you are a fan of the Teen Titans GO! animated series, you probably know about and have played Teeny Titans. For all the fans who have been waiting for a sequel, Cartoon Network has released a fun little gameplay trailer for the upcoming Teen Titans GO! Figure mobile game.

Released back in 2016, Teeny Titans went on to become Cartoon Network’s top-selling mobile game. It allowed players to roam around a very cute world while experiencing a fun battle system which included collecting numerous 3D figures of DC Comics villains and heroes.

Teen Titans GO! Figure serves as a sequel and introduces a new story along with even more figures to collect.

Someone’s trying to put the Teeny Titans Figure Company out of business and all signs point to… the Justice League?! Play as Robin, Raven, Cyborg, Starfire or Beast Boy as you battle and search for clues to solve this mystery. Journey beyond Jump City to visit Gotham City and explore Wayne Manor, the Batcave, and Arkham Asylum! Travel on to scenic Metropolis, where you can enter the Hall of Justice and even reach the orbiting Justice League Watchtower!

There is even more good news for fans. If you already own Teeny Titans then you will receive a free Hooded Hood figure when Teen Titans GO! Figure is released. And if you were able to beat the original game, you will be able to unlock an extra surprise character in the upcoming mobile sequel.

While TTG!F or Teeny Titans 2 doesn’t have a confirmed launch date, it is safe to assume it will be available for iOS and Android devices near the July 27, 2018, premiere of the Teen Titans GO! To the Movies.