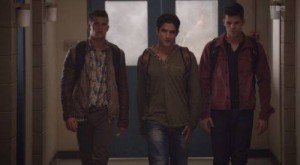 The latest episode of Teen Wolf provided a great deal of information and backstory in a relatively short amount of time, giving it a whiplash feel. Nonetheless, this was probably the episode a great deal of us has been waiting for, as it answered quite a few questions and confirmed some fan theories.

To get those straight out of the way: Kira is a kitsune and Stiles is being possessed. Wow. This is a lot to take in for a show that was once simply a gimmicky Romeo and Juliet retelling with werewolves. 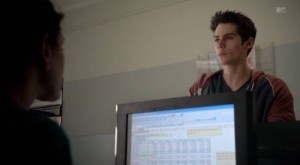 Though he spent less time on screen than any of other central characters, Stiles was definitely the heart of this episode. His genuine confusion and inability to trust to his own senses were disheartening, and his admittance of weakness to Melissa was particularly poignant. Dylan O’Brien is arguably the strongest actor of the cast and his trembling, anxiety-riddled visit to the hospital was spot-on. This scene also collectively broke tons of fans’ hearts with his half-asleep, “Thanks, Mom” to Melissa. Yet, this scene only provided more questions than answers with a hint of things to come with a reference to his late mother. Apparently Stiles and Claudia share more than just a familial bond.  Though, like Derek’s encounter with Talia Hale a few weeks ago, I suspect that this tidbit will not be explored for quite some time.

Scott and Kira continue to be an adorable and refreshingly healthy relationship. It’s obvious that Kira can 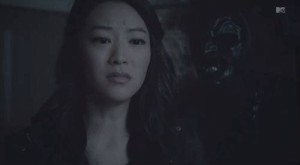 stand on her own two feet and is not easily intimidated, even by Scott’s werewolf face, which she insisted on seeing for herself. Her research and ability to connect the dots rivals Stiles’ and her acceptance of the supernatural doesn’t feel rushed. Rather, she simply seems more determined to help in any way she can, even if that means potentially sacrificing herself.

Out of all the storylines, Chris Argent’s backstory into the mysterious dark forces and his, Isaac’s, and Allison’s trek to find out how to defeat them left a bit to be desired. It felt a little too Hollywood, complete with gangs, a fake trade, and Isaac dressed in a tux to pass him off as a weapons dealer. Along with the stagedness of this plotline, it simply contained too much information at once.

The mysterious and conveniently knowledgeable Katashi essentially bombarded the audience with numerous tidbits about the dark forces at play, otherwise known as oni. It’s a shame that this scene wasn’t better written or simply stretched out over time because it contained a great deal of interesting facts about Japanese folklore.  It just seemed like the writers had no other idea how to convey this information than simply having one man stand around and recite it like a lecture. 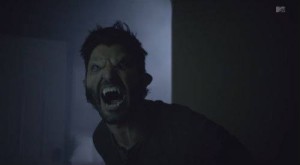 The cutting between this scene and the tense standoff at Scott’s house was a bit jarring and slowed down the overall action of the episode. Along with having a pretty fun fight sequence and a surprise visit from a grumpy but loyal Derek Hale, the standoff between the wolves and the oni packed quite an emotional punch especially when it came to Scott’s dislikable dad.

While the final scene may not have come as a total surprise to many fans, it was still jarring to see Stiles, once our comic relief, turn completely dark. His transformation was a definite highlight of the episode and demonstrated just what malevolence possessed Stiles is capable of. If anything, Stiles has become the scariest creature in the Teen Wolf universe.

If this episode had one major strength, it was leaving us wanting more and anxious to see what happens next in Beacon Hills.

What are your thoughts?