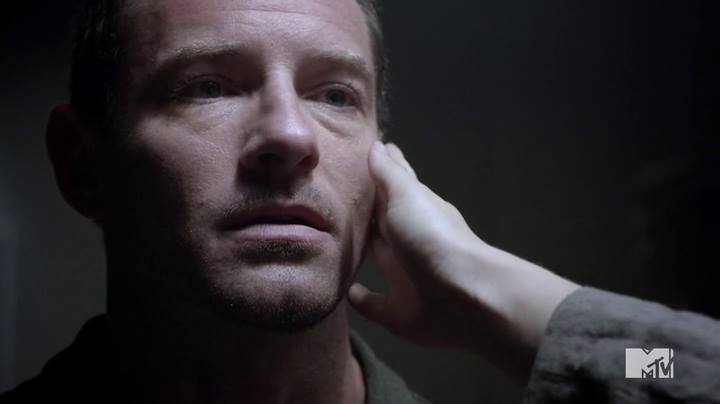 This week’s episode of Teen Wolf built on the previous one and we got to know more about the real Benefactor. Monstrous was an okay episode for me. But that’s been the case with Teen Wolf this season. The episodes are either at an okay level or just plain filler.

So, Meredith wasn’t the actual Benefactor per say. I was wondering how the writers were going to make the audience believe that she was stable enough to come up with such an elaborate plan. However, it turned out that she was acting on Peter’s diabolical scheme. She was admitted in the same hospital where Peter lay comatose during Season 1. I liked the scene where she could hear all his thoughts and it looked as if he was talking directly to her.

The reason Peter wanted to eliminate all the supernatural beings from Beacon Hills was because he blamed Talia Hale for becoming weak and letting the family die. His plan was more or less ‘survival of the fittest’ and to rule over Beacon Hills as the one true alpha. As far as I’m concerned, Peter has always been the biggest threat to Scott’s pack and will remain so untill they take him out.

I think the Nemeton has been gaining power because of the supernatural creatures dying, and the sacrifices Jennifer made back in 3A. All of this fits perfectly into the fan-theory that Peter Hale has been syphoning power from the Nemeton and that’s why he appears stronger this season. 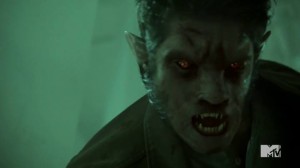 Another fan-theory that seemed to be supported by the episode was the start of Scott McCall’s dark character arc. His alpha werewolf face was quite different from his normal one while he was fighting one of the hunters. It looked darker and more monstrous. There’s a good chance he might end up killing someone by the end of the season.

I’m interested in knowing how the big computers in Lydia’s Lake House work. Is the Benefactor really just an A.I? Does the machine need a Banshee to make it work? How is a machine, which looks decades old, able to process information at such a fast rate and keep everything in check, regarding the assassinations?

Kira appeared this week to save Brent and some random werewolf girl during the start of the episode. I hope she doesn’t disappear again. Why isn’t she using her Kitsune powers? Right now she just looks like a girl who has impressive skills with a katana. Where is all the trickster-spirit stuff?

The characters who were important to this week’s plot were Lydia, Peter, Meredith, Stiles, and Malia. The rest of the gang was off trying to survive a huge attack. Was it just me or did anyone else think the hunters who attacked Scott and Satomi’s packs were the most unprepared hunters in history? They knew they were attacking werewolves and I don’t think anyone was using electric batons, wolfsbane infused weapons, sonic emitters, or anything that would actually work against werewolves. The whole sequence was just ‘meh’. Derek and Brae were fine with taking on a small army of hunters without any indication that they suffered grave wounds not so long ago.

I seriously want to know how sex with Derek works. Is it a cure for all kinds of injuries? Because if that’s the case then the Sheriff needs to get on ‘that’ immediately because it’s taking too long for him to recover from the bullet wound. Heck! Stiles should’ve had sex with Derek back in 3B and saved everyone a lot of trouble by having the Nogitsune expelled from him during the deed.

With only two episodes left I’m interested in seeing how the writers end the current season of Teen Wolf. A long list of questions need to be answered and there isn’t much time. It’s very likely a lot of things will go into the next season and some of those things will be forgotten for the sake of the new plot which will bring up another list of questions.

Why isn’t anyone concerned that Derek is turning human after going through all the trouble of rescuing him from Mexico? What’s up with Chris Argent and the yellow wolfsbane? Who wants to remind Brae about what she’s been paid to do and send her a text to look in the sewers where Peter and Kate are clearly trying to imitate the Ninja Turtles?

What did you think of this week’s episode of Teen Wolf? Was Monstrous hinting at Scott losing his humanity by the end of this season? Let us know in the comments section below!