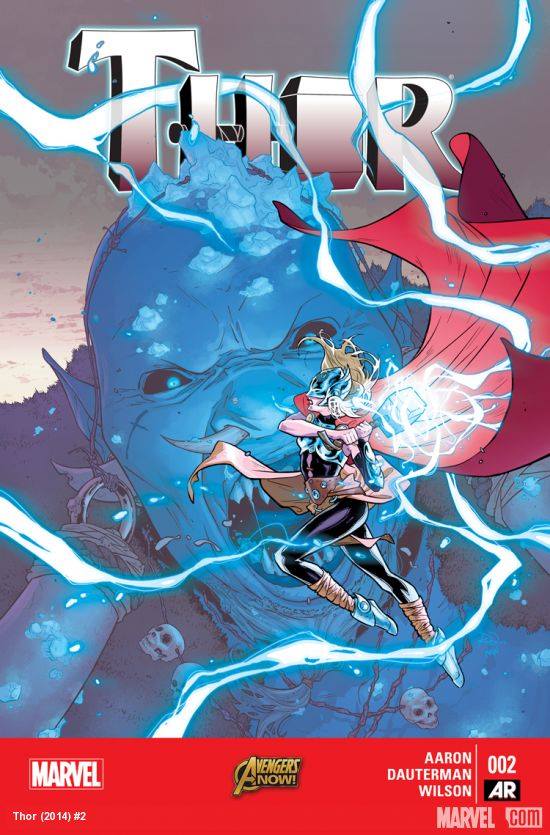 The Goddess of Thunder returned this month ready to fight off an army of Frost Giants – and it was awesome. With the way things are going I wouldn’t be surprised if Thor ends up becoming one of the best comic book series from Marvel.

This issue began with Thor picking up Mjolnir on the moon and feeling a bit confused. I liked how her inner confusion was handled throughout the issue – even though she wasn’t certain about what she was doing or how her new powers worked, she was still able to put on a brave face in front of her enemies. She felt a bit like the new Ms. Marvel Kamala Khan, hesitant at first but doing the right thing in the end.

Jason Aron did an amazing job with the pace of the story. None of the panels felt like filler and Thor’s inner monologues were handled very well. As someone who hasn’t read Thor comic books before and isn’t a huge fan of the God of Thunder, this new series seems like the perfect place for me to start familiarizing myself with the Asgardians and their mythos. 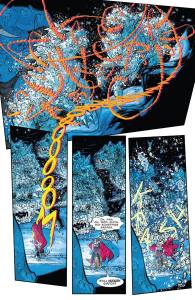 I enjoyed the Goddess of Thunder’s portrayal so much that it was actually hard to care about the plot. All I know is that some psychopathic Minotaur took some ancient bones and the Frost Giants want them back, thus, the attack on Earth. The issue was so good that you’ll be able to enjoy it even if you aren’t interested in this particular story line, and then it ended with Mama Thor losing her hammer! I can’t wait to see how she fares in battle without Mjolnir – that’s what I’m interested in, reading about the unique bond the Goddess of Thunder shares with the godly hammer rather than the plot involving ancient bones. It felt like the hammer was talking to her and giving her tidbits of information along the way, and I want to see more of that, and how they both find balance when it comes to who will lead during battle.

One thing I didn’t like was how the Avengers were handled in the issue. I don’t care for writers ‘dulling down’ established characters to make new ones shine. The issue showed the Avengers frozen in ice and unable to do anything. I understand that the writers wanted to give Mama Thor her big moment and make the issue all about her, but it felt weird to see a team of experienced heroes so helpless. I don’t think characters like Captain America, She-Hulk, or even Spider-Man would ever go into battle without a plan!

When news about Marvel making Thor a woman surfaced I was worried about the new comic book series using her sex appeal, but rest assured, the current run is clear of any female exploitation. Her outfit looks amazing and I didn’t see any panel where she was drawn in overly sexual poses.

Did you read Thor #2 this month? Are you enjoying Mama Thor’s fight against Frost Giants? Let us know!

1 thought on “Thor #2 Review: The Goddess of Thunder”