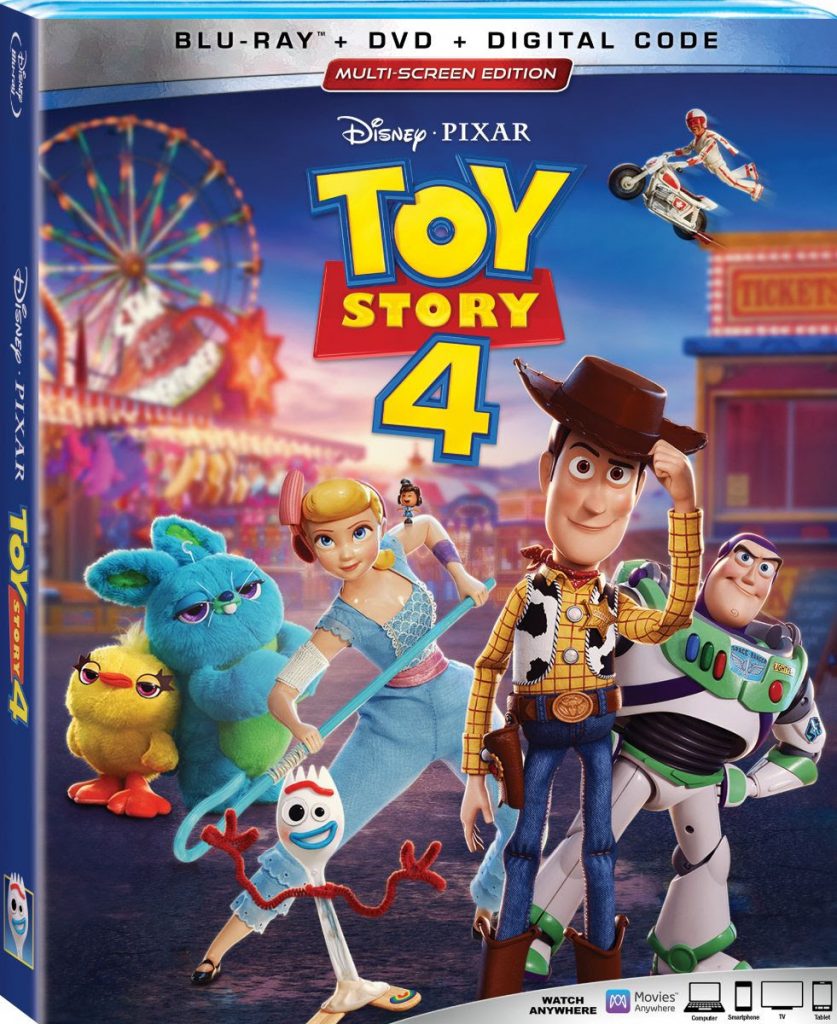 While Toy Story 4 left me with a couple of questions about who decides what type of toys can come to life, I did enjoy watching it give a satisfying closure to Woody and Bo Peep’s journey.

I was provided a free review copy of Toy Story 4. The opinions I’ve shared are my own.

For many of us, Toy Story 3 was a suitable end to the franchise. But with how this franchise continues to be successful, the announcement for a fourth installment didn’t come as a surprise. I was looking forward to it because I wanted to know what happened to Bo Peep. So, did I enjoy watching Toy Story 4? Well, my answer is a bit complicated. I liked the Bo Peep stuff, but the script left me wanting more as far as character development across the board is concerned.

The movie opened with a flashback to nine years ago and we saw the reason behind Bo Peep being sent to another home and why she couldn’t be in Toy Story 3. The scene where Woody contemplated going with her only to hold back at the last second because of Andy’s voice was quite emotional.

Y’all, Pixar continues to know how to hit you right in the feels!

In the present day, while Bonnie’s continued to play with Andy’s toys, she (for some reason) has decided not to play with Woody anymore. I would’ve liked an explanation about why Bonnie played with every other toy except for Woody, but oh well. I guess the writers needed to come up with some sort of plot.

Anyway, Woody’s a toy that wants to make his owner happy and that’s what caused him to sneak into Bonnie’s bag before she headed out for the Kindergarten orientation day. In class, due to Bonnie facing issues with making friends, Woody ends up giving her access to some art supplies. Using the random stuff on her table, Bonnie’s able to create Forky. I don’t know about you, but for me, the Toy Story lore spun out of control at that point.

I think even the writers didn’t know how to explain the factors that make an object gain consciousness. If Forky can come to life (even though he’s made of trash), why can’t paper kites, that kids play with, come to life? Can paper dolls come to life, too? This film left me with so many questions without making an effort to answer a single one of them. As I said, I guess the writers needed to come up with some sort of plot.

We see Bonnie’s family go on a vacation and that’s when Woody stumbles upon an antique shop that has Bo Peep’s lamp inside. However, instead of finding Bo, Woody meets an antique baby doll called Gabby Gabby.

The way this film treated Gabby Gabby made me roll my eyes. Her aim is to steal Woody’s voicebox (that’s sewn into him) to replace her defective one because she thought fixing such an issue could help her find a kid that’ll play with her.

I don’t know how it ended up being possible, but Woody is emotionally blackmailed into giving his voicebox to her. The film even had a scene where Woody woke up after having the voicebox taken out of him. I mean, the entire thing came across as an equivalent to someone blackmailing you into giving them your kidney. It was creepy.

Also, for some weird reason, Gabby Gabby isn’t even painted as the villain. After she’s rejected by the kid she likes, Woody ended up helping her find a new kid. I mean, come on! Gabby Gabby literally blackmailed Woody to give up a part of him for her selfishness. There was no reason for her to be redeemed in such a manner.

Another thing I didn’t like was how the writers threw away Buzz’s character development. It was clear they didn’t know what to do with him in this movie. So, they decided to make him regress as a toy and think that the voice recordings inside of him were his actual inner voice. And not only that, due to such a huge cast, it was very obvious the writers didn’t know what to do with most of the older characters.

Now, that’s not to say I didn’t like watching Toy Story 4. Bo Peep’s growth into an independent toy made sense. I also liked how she helped Woody realize the need to let go. Even though Andy has gone off to college, Woody’s been clinging on to his memories. The current script allowed him to, in a sense, evolve as a toy. He has spent a wonderful time with Andy, and it was time for him to help other toys find a loving home.

As for the home release, Toy Story 4 is available on Digital, 4K UHD, Blu-ray, and DVD. The 4K UHD release gives you a 2160pHEVC encoded video and lossless Dolby Atmos/TrueHD 7.1 channel sound. The Blu-ray is 1080p for video quality. Of course, because of how things are with CG-animated films, the higher the definition, the better the viewing experience. There’s so much detail going on in every scene (especially in the antique shop), you’ll find yourself pausing at certain moments to take it all in. I loved how the design team created all of the dust and cobwebs. It all looked very real. Also, there’s a gorgeous scene where Bo and Woody are looking at the chandeliers in the shop.

So, when it comes to picking up a copy of Toy Story 4, the higher the video resolution, the better.

I didn’t experience any issues with the audio quality.

Considering Toy Story 4 was able to gross more than $1 billion at the worldwide box office, I think we’ll get a fifth installment a couple of years down the line. This franchise will also continue with content for the upcoming Disney+ streaming service.

Do you think a new animated film will focus on Bo and Woody’s adventures or it will feature Buzz and the gang living at Bonnie’s? Let’s see what happens.

Until then, I think you should consider picking up a copy!