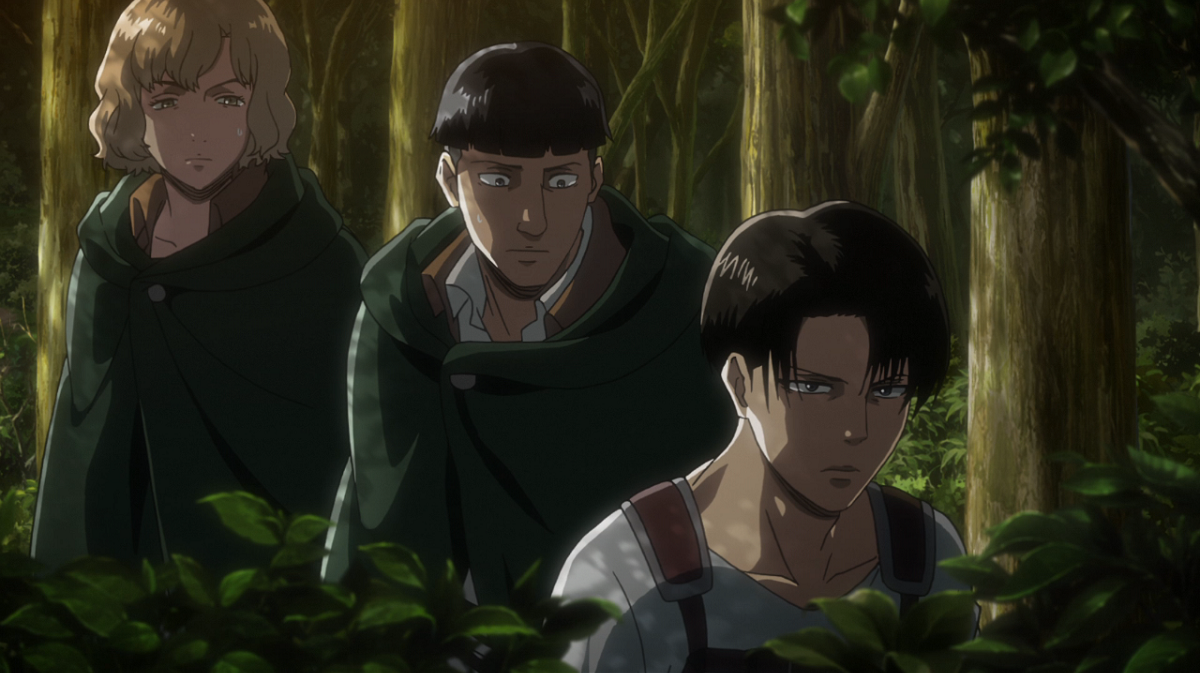 “Trust” is an episode that both looks bleak and hopeful. More people are starting to learn the truth – or at least that things are not what they seem – yet people we care about are in danger. And Eren and Historia are still, you know, captured.

The other corps are still searching for the Scouts in “Trust”, yet as we learn from Marlo and Hitch, not everyone believes that the Scouts are responsible for the crimes they’ve been accused of. Marlo especially finds it difficult to believe, as he considers the Scouts to be heroes for their bravery in defending humanity from the Titans. Our intrepid gang gets the drop on the duo, and after Marlo offers to help, Jean tests them to see if they can be trusted. They lead the Scouts to the nearest outpost so that Levi can capture the commander, a member of the Interior Police, and interrogate him. 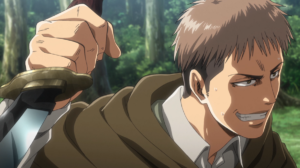 I have been hoping for more Jean development this season, and he was a beast in this episode. I was shocked at his sudden turnaround, considering his hesitancy in killing other humans only two episodes ago, so I was a bit relieved to see that it was all a ruse. He really wants to believe in people and he was willing to make an ass out of himself to give them a chance. Kishō Taniyama is incredible.

Meanwhile, Hange saves Flegel Reeves, son of the murdered Dimo, from the Interior Police, who are after him because he knows the truth about his father’s murder. Hange tries to convince Flegel to go public with the information, but he at first refuses out of fear for his life. However, later in the episode we discover that he lured the Interior Police to a heavily-populated area in order to expose their duplicity. 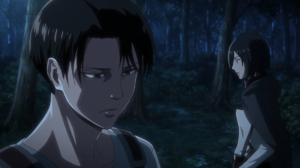 There were some major developments in “Trust”. For starters, we learn from Marlo and Hitch that Annie being a Titan shifter is not widely known. As far as the two of them are concerned, Annie just disappeared one day. We also learn that Kenny’s last name – like Levi’s and Mikasa’s – is Ackerman as well. Both Mikasa and Levi are surprised by this information, which makes me wonder how often people in this world talk to each other. However, Mikasa seems more surprised than Levi. Does Levi not know that he’s an Ackerman?

What did you guys think of “Trust”?