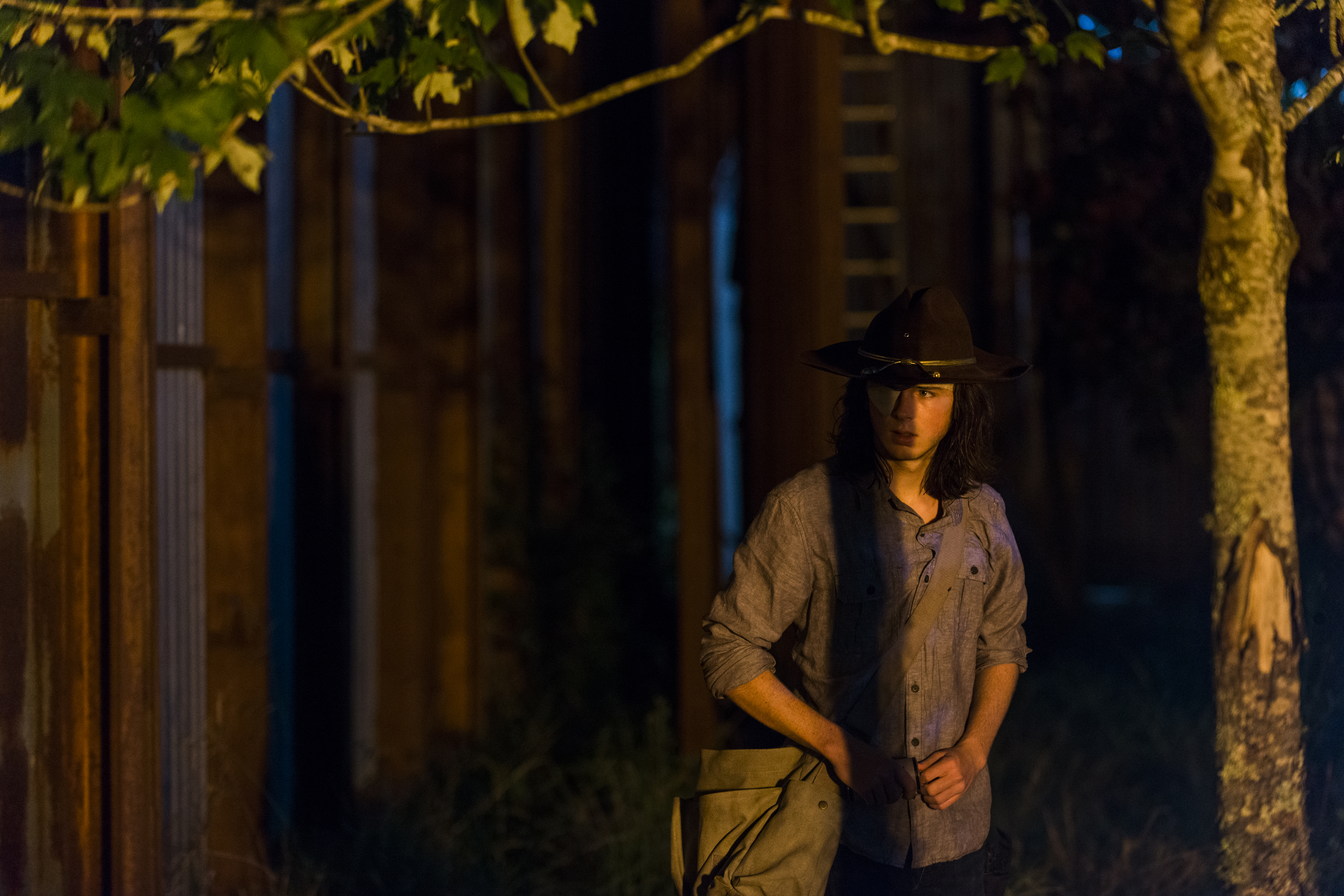 This show has become a marathon and I don’t want to run anymore. The mid-season finale should have been a relief. We should have had a death of a beloved character. We should have had traitors betraying, Negan smashing, and walkers munching. Instead we got, yep, you guessed it: monologuing, flashbacks, crossfading, stupid explosions, and sad tinkly music. But I guess that’s How It’s Gotta Be.

After episode 7, I was almost hopeful for the mid-season finale. Episode 7 didn’t suck. It wasn’t amazing, but I didn’t want to stab my television. However, “How It’s Gotta Be” was ten steps backwards. I wanted something more, I wanted action and excitement but instead I got the same lame ass moody crossfades.

We might as well skip right over Enid and Aaron rolling into Oceanside territory in a distillery truck because my give-a-damn is broken on that little vacation. Also, Morgan appears for whatever reason, and Maggie has started executing the Saviors held in the little prison.

The dialogue in this episode was nearly indiscernible. I couldn’t tell who was in the car with whom until suddenly Jerry is being t-boned by a FREAKIN’ TRUCK. Also, RIP Neil, whoever the hell you were. 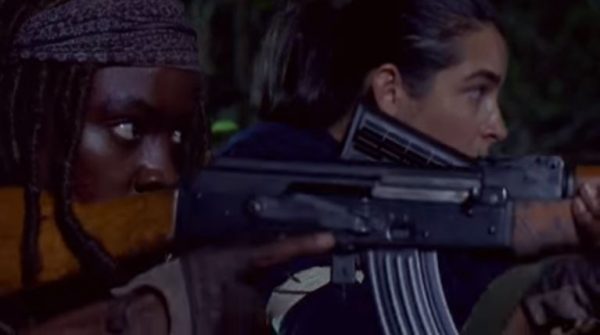 Eugene manages to pull his head out of his ass long enough to inform The Hilltop Doctor and Gabriel that he had made a safe passage for them–only because he can’t sleep and he doesn’t want their blood on his fragile little hands.

Somehow Dwight evades the wrath of Tara and Daryl by turning on his fellow Saviors and leading them into an ambush. Daryl yanks his angel wing vest off Dwight’s back and, for one terrible moment, we think Rosita might be the one to deliver the death–but she helps him up. Not sure how long he’ll be safe but for now it appears he’ll be fine for now. 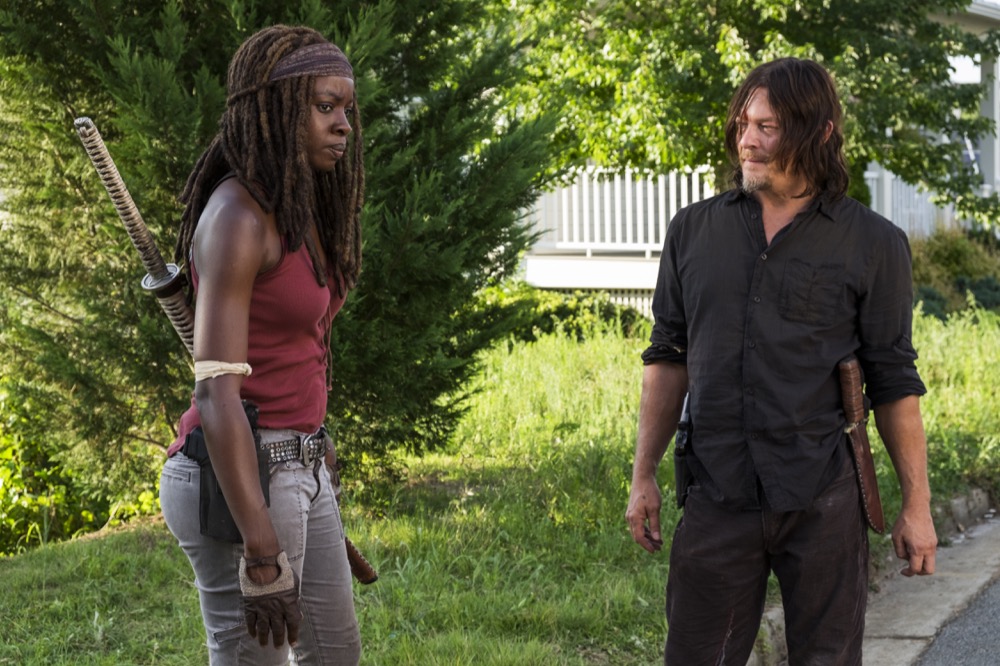 The episode consisted of people riding around in their cars, being trapped and threatened by the Saviors. People monologued. Buildings and cars blew up. Smoke bombs went off and coated the camera with mystery fog. The Saviors stormed Alexandria and The Kingdom. RIP Alexandria. Ezekiel, in his last bid to save his people, locked himself inside the Kingdom with the Saviors. Negan and Co entering the Safe Zone was great and I can’t deny that I loved the fight between Rick and Negan. Rick touching Lucille and Negan becoming nearly unhinged at the thought makes us begin to wonder–was Lucille a real person once upon a time?

I did a terrible thing and I read spoilers for the episode that a friend posted almost immediately after the first episode aired that Carl would be killed by Negan. And for whatever reason, I never learn. I was hoping that Carl would die doing something heroic. When he volunteered to sacrifice himself to Negan, and also got in those low blows, I was pretty impressed. I wanted him to go out in a blaze of glory to make up for all those awful memes. I wanted him to take back the badass Grimes name. But at the end of the episode… he lifted his shirt to reveal a walker bite. And I knew. I knew that when he had that walker pile with Siddiq, something had happened to him. Scott Gimple insisted on this week’s episode of The Talking Dead that it was pretty clear when Carl got bitten. STOP talking in riddles and stop being a condescending asshole. I’m not afraid to CALL YOU OUT. 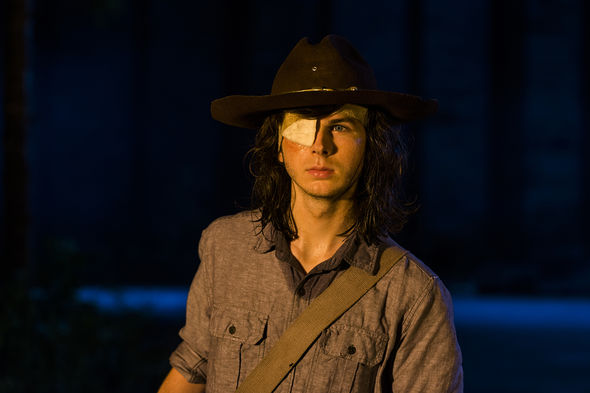 The finale ended with a beam of light shining down on Carl as he reclined in the sewer drain underneath Alexandria with Michonne and Rick at his side like he was the Messiah. It was anti-climactic. We all know what happens with a bite so why not just go ahead and give it to us instead of filling the episode with thirty additional minutes of people having existential crises? But no, looks like Carl’s arc isn’t quite over and he still has some business to attend to.

What did you think of “How It’s Gotta Be”? Do you think Carl will finally die at the mid-season premiere? Do you think they’ll throw some plot armor on him? Are you as annoyed with this show as I am? As always, we love hearing your feedback. Is this really How It’s Gotta be?

Don’t forget to tune in to The Bitching Dead Monday, Dec 11 at 8 EST. 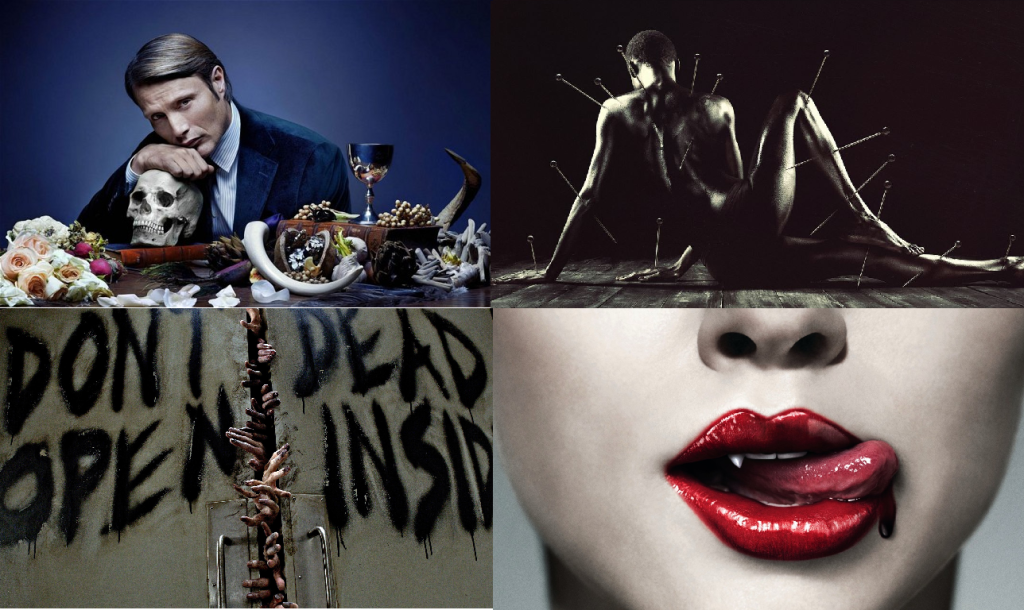 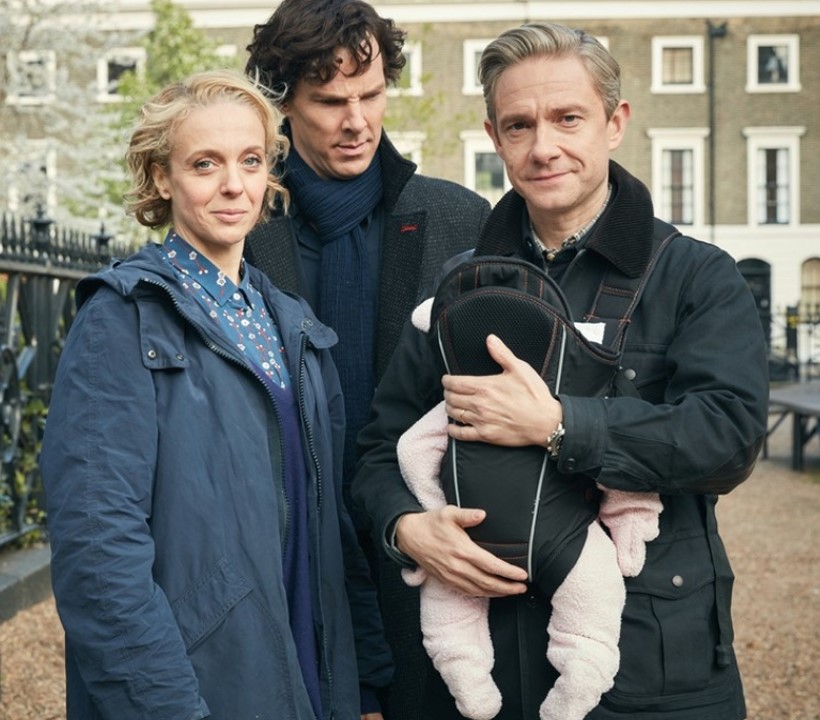