Wake up and smell the romcom with the warm, fuzzy coffee shop romance you’ve been waiting for! Perfect Blend is equal parts slapstick and meet-cute, with a dollop of drama to top it off.

Perfect Blend follows Declan Li, a young man down on his luck who returns home to his family’s cafe, The Cat’s Meowcchiato, in hopes of convincing his father to sell off their coffee estate so he can pay off a huge debt. There’s only one thing standing in his way–Liam Wu, the talented and staunchly loyal barista for The Cat’s Meowcchiato. 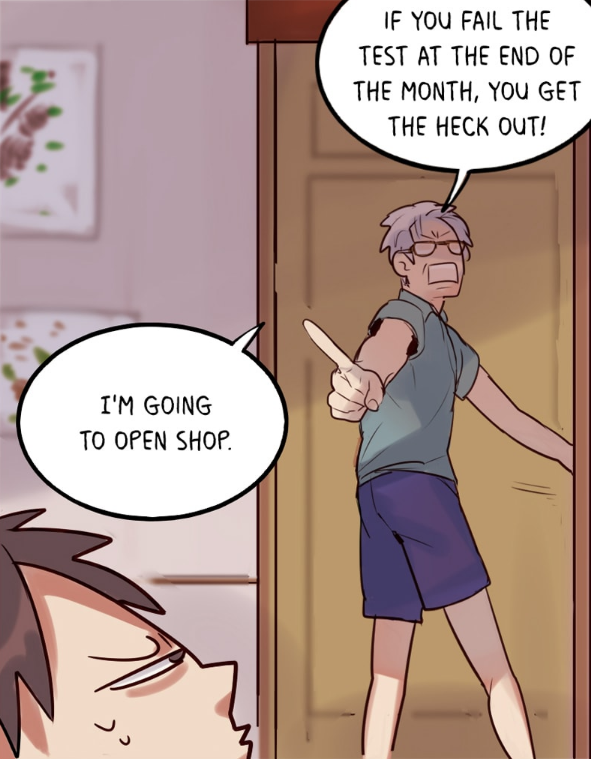 Declan’s father agrees to let him sell the estate on one condition: he has one month to master the essential skills needed to run the store, like evaluating coffee beans and proper brewing techniques. Declan ropes Liam into teaching him the basics, and from there things take a winding turn for the romantic, even as Declan’s irreverence and Liam’s fastidiousness make them get on each other’s nerves the whole way. While initially motivated out the self-serving desire to pay off his debt and outright contempt for his father’s trade due to a rift, working alongside Liam slowly changes Declan’s attitude toward his father and their family’s business.

In addition to the percolating romance between Declan and Liam, the background drama between Declan and his father, and hints to Liam’s own troubled past, Perfect Blend is full of trivia about how to make the perfect cup of coffee, with explanations about roasting techniques, brewing, and latte art. I found myself getting a crash course on what it takes to be a good barista alongside Declan (and craving a cup of joe), and it illustrates that both the characters and the author passionately care about the craft of coffee. The Cat’s Meowcchiato feels just as cozy and homely as a setting to the readers as it does to the characters. 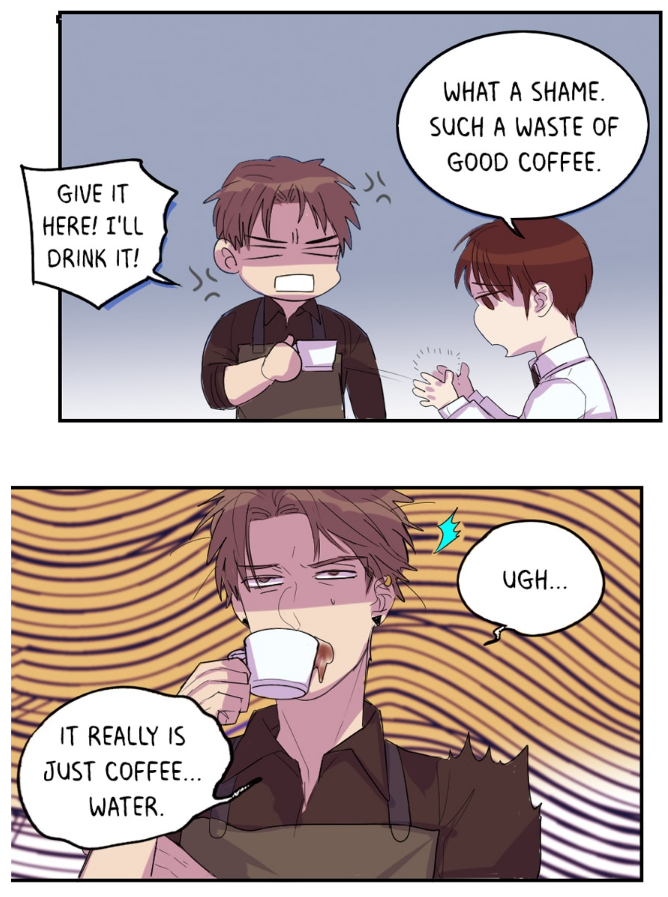 Things get more complicated when Liam’s ex-boyfriend Chad shows up and tries to get Liam to come work as a barista at his cafe instead, because no good rom-com is truly complete until a shady ex-boyfriend named Chad shows up. Get out of here, Chad! The man who will collect Declan’s debt also makes intermittent appearances throughout the story, though only time will tell what he’ll do if Declan can’t pay him back. 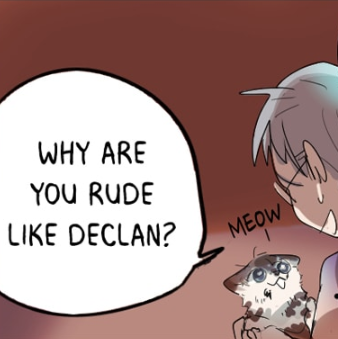 The personal drama between Declan and his father, as well as between Liam and his ex, is enough to give the story a full body, but it never overpowers the feel-good tone and slapstick humor. The art is colorful and hilarious, and as an extra bonus, the cat that The Cat’s Meowcchiato is named after, Hazelnut, is as cute as can be.

For readers looking for something fun and light to start the morning off right, look no further than Perfect Blend.

Season 1 of Perfect Blend by Amberay is complete and can be read on Tapas.