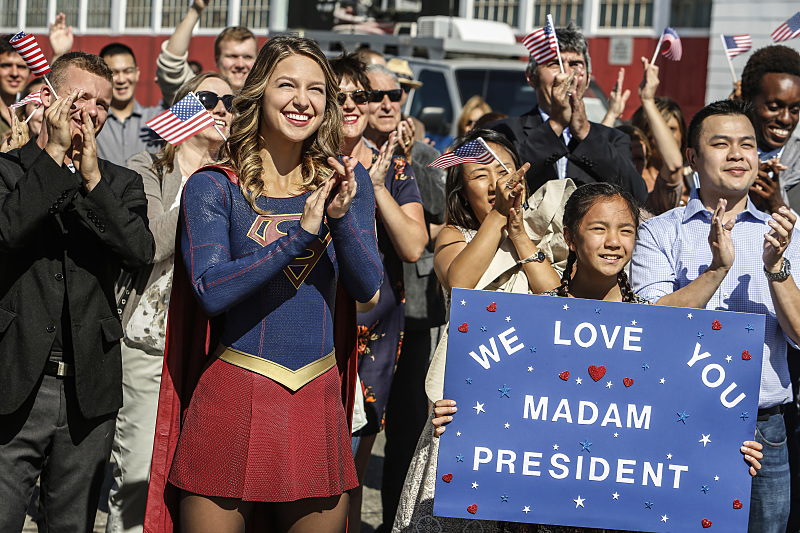 The main antagonist in “Welcome to Earth” is a young woman who is violently opposed to the Alien Amnesty Act because she believes its intent is to force aliens out of hiding and make themselves targets for discrimination. Her line that it is the first step towards registration calls back heavily to Marvel’s Civil War storyline (in the comics, not the movies), which is odd considering this is a DC property. I don’t think she’s entirely wrong, yet clearly the message is that attacking and attempting to kill the President is not the way to get her message across.

Our main trio – Kara, Alex, and Hank – all have different opinions about the Alien Amnesty Act, and all interact with a new character who challenges their preconceptions. Kara at first is, obviously, completely amenable to the idea; being an alien herself, she understands the problems of living a double life and being forced to hide her alter ego. She fangirls over President Marsdin (played perfectly by Lynda Carter – I hope you all caught the invisible jet reference) and frets over Lena Luthor’s new alien identification device. …That is, until their mysterious comatose guest awakes, and it turns out he isn’t from Krypton, he’s from Krypton’s neighbor and arch-rival that we have never heard about until this episode, Daxam. 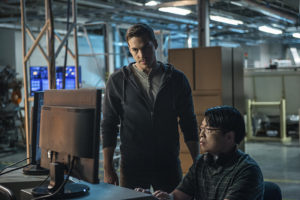 There has been a lot of talk during the US election cycle about implicit bias, and that’s a main issue in this episode. Mon-El, the guy from the pod, is just trying to send a distress signal to Daxam so that he can go home, but the automatic assumption from Kara is that he is the one who attacked the President. Even though local cop Maggie Sawyer points out that there are two known alien species who have heat vision – and neither of those mentioned are Daxamites – Kara is so prejudiced against his people that she just convinces herself that he’s guilty until it’s totally proven that it wasn’t him.

It’s odd to see Kara so antagonistic towards anyone, and as the supposedly deep-seated bias she has against Daxamites is both introduced and dismissed in this episode, it seems like a weak excuse to stick to the theme. However, I do appreciate the lesson that even empathetic people like Kara can be prejudiced without really realizing it. She acknowledges this bias and works to move past it, making amends with Mon-El and sadly informing him that Daxam was rendered uninhabitable when Krypton was destroyed. 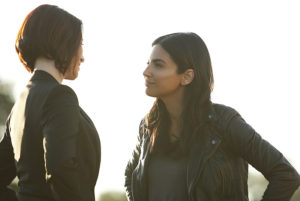 Alex also faces a similar test when she meets Maggie, who “allows” her to tag along as she investigates the attack. Alex, who has been working at the DEO for years, has obviously forgotten that sometimes aliens are not bad guys. She tells Kara that she can count all of the “good” aliens she knows on one hand and still have fingers left. Well, it turns out there is a sort of speakeasy where aliens living in hiding can go and be themselves, and Maggie goes there often for information. There, Maggie reveals to Alex the reason that she gets along with aliens so well: as a non-white, non-straight girl living in rural Nebraska, she was treated much the same way that the aliens are, so she understands what it’s like for those who are just trying to live a normal life. It reminds Alex that she is often biased against aliens because she deals with the worst of them.

In a way, Maggie’s experiences echo Hank’s. Hank is adamantly opposed to the President’s Alien Amnesty Act for the same reasons he was so determined to keep the stash of Kryptonite that Superman took in last week’s episode. Hank, whose alter ego is a black man, knows how far the depth of human hatred can go; but as the leader of the DEO, he also knows that there are a lot of aliens out there who are up to no good. Yet at the end of the episode, he pays a visit to the alien speakeasy in his true form, probably tired of keeping up the disguise so often and desperate to just be himself. There, he meets a young bartender who visibly reacts to his Martian form, because it turns out she is also Martian – and she doesn’t look too happy to see him.

There was some truly great character development in “Welcome to Earth” as well. We briefly see Jimmy struggle with his new role as the boss of Catco, clashing against Snapper, who muscles in and takes over. Some inspirational words from Kara get Jimmy to realize that he wouldn’t have been placed in that position if Cat didn’t think him capable, and he stands up to Snapper and takes back the reins. I also love seeing Jimmy and Kara keep up the camaraderie despite deciding they didn’t want to pursue a romantic relationship.

Kara also faces some troubles with her new job; namely, she lets her bias affect her writing. Tasked with writing an article on Lena Luthor’s opinion on the Amnesty Act, Kara types up a scathing attack on Lena’s new alien detection device. Snapper calls her out on it, reminding her that the importance of journalism is to lay out the facts and let the reader make up their own mind. It’s her experience with Mon-El that ultimately changes her mind, but it’s good to see Kara dealing with the career switch. It’s not the doesn’t have the talent or the drive, it’s just that she doesn’t truly know what it’s like to be a reporter, and as with any career change, there is going to be a learning curve.

And, of course, we have the sparks that flew between Alex and Maggie. It seems fairly obvious, after that episode, that Alex is the character that was heavily hinted at coming out. Fans have been predicting this for weeks, ever since the first photos of the two surfaced. 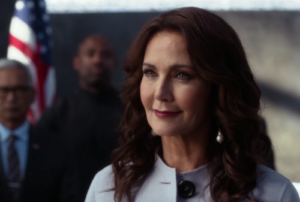 “Welcome to Earth” tackled a truly relatable topic – especially in this current election cycle – but I’ll leave it up to you whether or not they did it well. I feel that they introduced all of the necessary viewpoints but didn’t really arrive at a distinct conclusion, but then I also feel that on a topic such as this, there are always going to be arguments. Nonetheless, I think that this first Superman-less episode of season 2 did an excellent job of reminding us that Kara doesn’t need her cousin’s help. She is perfectly capable of both being a hero on her own and having a story revolve around her.

Now…is the President herself an alien, or is an alien masquerading as President Marsdin?