“Winter of Our Discontent” begins with a purpose, loses it to Ryan Murphy’s own personal wants, only to find it again way too late.

Episode 8 starts with Ivy and the other women subjugated to the wants and needs of Kai’s new neo-Nazi militia. The women are forced into the kitchens to cook for these men, while they humiliate them. This sudden change of treatment only fuels the dissent among the women.

Beverly mentions the council meetings now that Kai has been elected as proof of his madness. This scene shows Kai bullying another council member to vote for his idea. The room is filled with Kai’s neo-Nazi militia and no one else besides Beverly and Jack. Kai puts on a show of force in order to get his way. Beverly is uncomfortable with this and she voices her concerns to the group.

Winter is quick to defend her brother. This is odd considering how gung-ho Winter was to overthrow Kai in the previous episode. This playing of the two sides seems to make Winter a weak link as well as possibly tipping her hand that she is still truly working for her brother. She convinces the others to wait it out to show Kai really does have a plan and he isn’t just being crazy and making stuff up as he goes.

The purpose of the episode is established in these opening scenes. As the season comes to an end, Kai is slowly unraveling. He is pitting his own cult against each other to wipe out the weaklings as well as making sure everyone has true loyalty. There is no questioning his plans, no matter how ridiculous they may be. However, this thread is soon lost after Kai and Winter’s backstory is established.

Kai and Winter spent their Halloweens trolling Social Justice Warriors by saying increasingly outlandish and crude things. Most of these revolved around sexism and religion. However, on the ‘deep web’ Kai and Winter found someone who took it even further. This person, Pastor Charles, sent them an invite to come to his place since they share the same ideas.

So what do teenagers who spend their days on the deep, dark web do? They accept the invite and go see what this dude is up to! This whole scene set-up seems so disconnected and based on rumors and adult ideas of what teenagers do on the internet. It shows a heavy disconnect between Ryan Murphy and his younger viewer base.

Turns out this Pastor had a real-life version of a Hell House: a Christian version of a haunted house meant to show what happens to sinners in Hell. These houses have graphic depictions of abortions, school shootings, and what happens when people go to Hell. Instead of actors, Pastor Charles had victims he kidnapped and planned to kill in horrific and gruesome ways due to their sins. At first, Kai was fascinated and Winter was terrified, saying they should leave. When Kai finally realizes that this was real and this man planned to kill people for their sins, he rescued them and murdered the pastor.

Murdering the pastor was the turning point for Kai, according to Winter. He changed after that and since he couldn’t save everyone, he decided that he needed to burn the system down and build it anew. Winter tells this story in order to convince the others that Kai will not turn on her and that Kai really does mean well for the world. However, this just doesn’t work out. The people Kai is working with are the exact type of people that would agree with Pastor Charles’s work. It’s a gaping plot hole not only with Kai’s motives but also Winter’s story.

After this, “Winter of Our Discontent” goes off the rails. In an attempt to show that Kai is unraveling, Ryan Murphy concocts a scheme that is so out of character for the cult leader, it can only be attributed to what Ryan Murphy wants. According to Kai, he and Winter need to have a messiah from their blood. To avoid incest, Kai will fuck Jack while Jack fucks Winter. Kai will work through Jack, controlling him through his rectum like some weird cult puppet. The whole idea is outlandish and weird. The cart has hopped off the tracks and is now hurtling off the cliff.

There was no gradual decline into the ridiculous. The episode and Kai went from what could be explained and have some form of logical thinking (albeit based on misinformation and twisting the truth) to completely off the wall. From one episode to the next there is a vicious whiplash of how Kai thinks and sees the cult. There was a line of reasoning the viewer could follow that no longer exists with Kai’s thinking. With only 3 episodes left, the only explanation is that there was no time to show a gradual descent for Kai.

Pulling away from an incest taboo also seems weird when everything else was shown. Murdering innocent people, driving a woman to the point of madness, and keeping the corpses of your parents around weren’t too taboo, but incest is. This would seem like a comment on how desensitized to violence people are, if it wasn’t so out of left field. The entire episode until the last scene feels like an excuse for Ryan Murphy to have Evan Peters bang another dude.

In an awkward and awful scene, Jack can’t get it up and Winter doesn’t want to do this. She tells Kai he is just making it up as he goes. He does not take kindly to this and the scene ends. Everything about this scene is hard to watch and not because it is disturbing. It’s awkward and horribly written. Even just awkward would have been fine if the source wasn’t the bad writing.

Continuing on the path of painful scenes, Ally is now just learning that Dr. Vincent, her psychologist, is related to Kai and Winter. Vincent refutes that Kai had access to her through him (something we all know is a lie) and Ally screams how she no longer trusts him. Vincent promises to do right by her by saying he will help her get Ozzy back from Ivy and the cult. It’s the only thing he can do for everything that has happened.

So, Ally in her infinite wisdom invites Kai over to tell him that Vincent is going to try to get him committed. In exchange for this tidbit of information, Kai must give Ozzy back to her. That’s all she wants. At this point, it feels like Ally should have been dropped ages ago. Her character is finally cured of her phobias, according to her, because of Kai’s treatment of her. Her findings are now episodes behind and still painful to watch. There is no redemption here for Ally, despite what this scene is trying to do.

In the ultimate no homo scene, Kai convinces Jack that he really isn’t gay! Women just suck your power away which is why you can’t get hard around them. What you really need is some masculine energy and you can get that from fucking other dudes. But, seriously, no homo.

These scenes are long, drawn out, and further emphasize that the whole reason “Winter of Our Discontent” was written is because Ryan Murphy really wanted Jack and Kai to bang. It reads like a bad fanfiction spin-off as opposed to actually part of the season. It is out of character and downright unnecessary. Winter calls Jack what he is, which is gay, and Jack gets mad. It’s more complicated than that! Winter continues to call him gay and Jack tries to rape Winter to show that he isn’t gay. Winter shoots him in the head and that is that.

In the final scene, the episode finally decides to get back to its original point: the downfall and unraveling of Kai. Two traitors are marched down to the basement for going against Kai. In a not so surprising twist, one of these traitors is Vincent. In an actually surprising twist, the other is Beverly. Vincent was the one who taught Kai the ‘pinky power’ trick. Kai murders his brother for telling Ally he was going to get Kai committed. Blood or not, Vincent was conspiring against Kai.

Beverly, on the other hand, is going to be culled from the cult for killing Jack. Turns out that Winter framed Beverly as the one who shot Jack, not her. Winter is afraid of her brother and the doubt is shown creeping into her face as she witnesses the murder of her brother and the person she pinned Jack’s killing on. “Winter of Our Discontent” is not only a nod to the group going against Kai but a hint as to who will ultimately be his downfall.

Now for the ‘twist’ everyone saw coming from episode one. Ally is part of the cult! To no one’s shock and awe (besides Ivy) Ally has joined and taken Beverly’s place (and mask). Zero surprises, Ally is late to the cult as well as every logical conclusion. 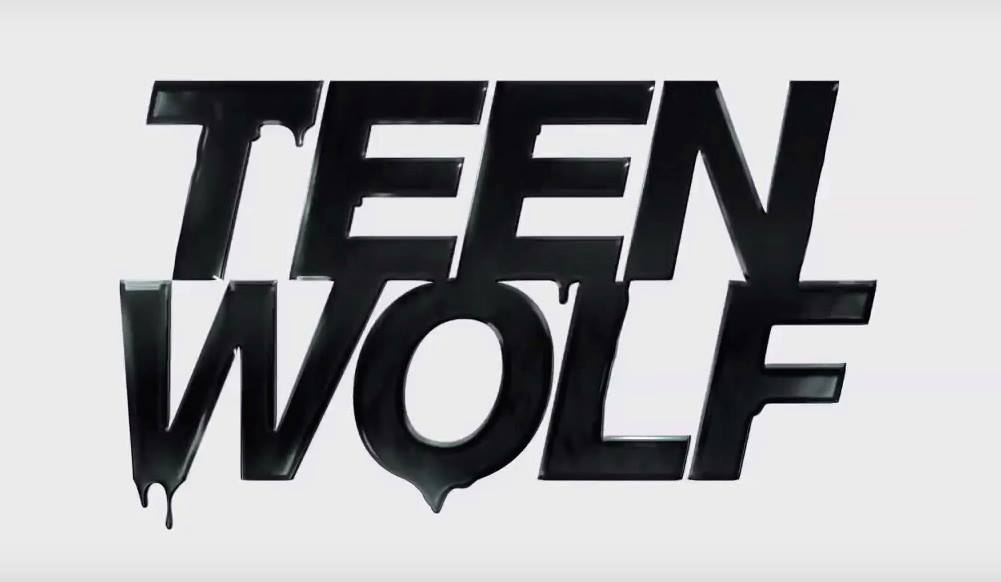 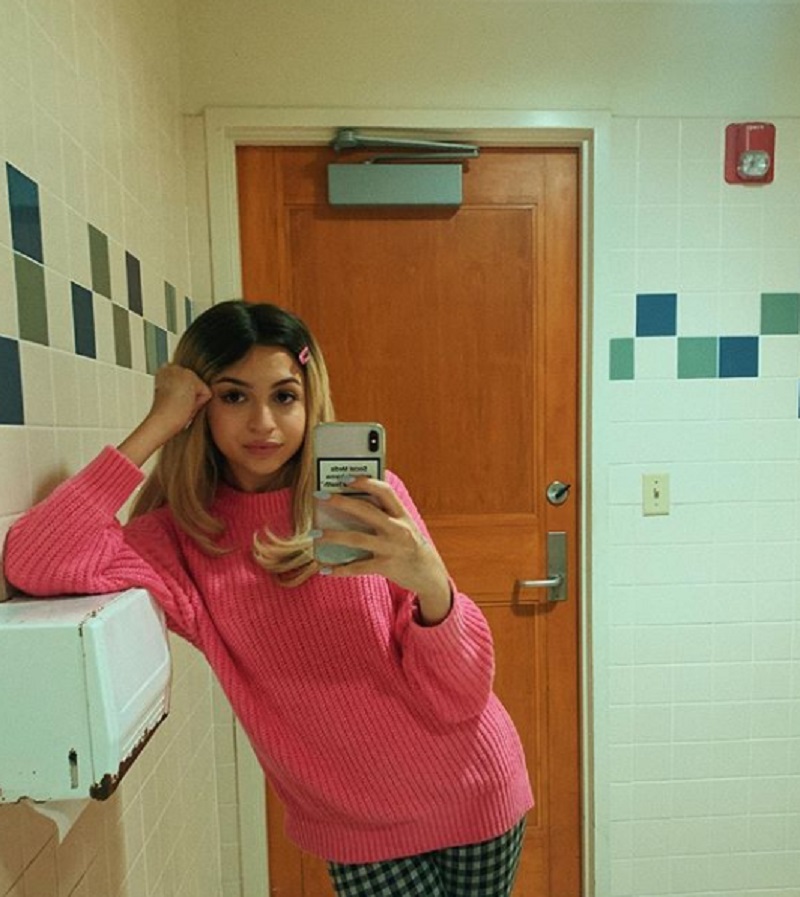