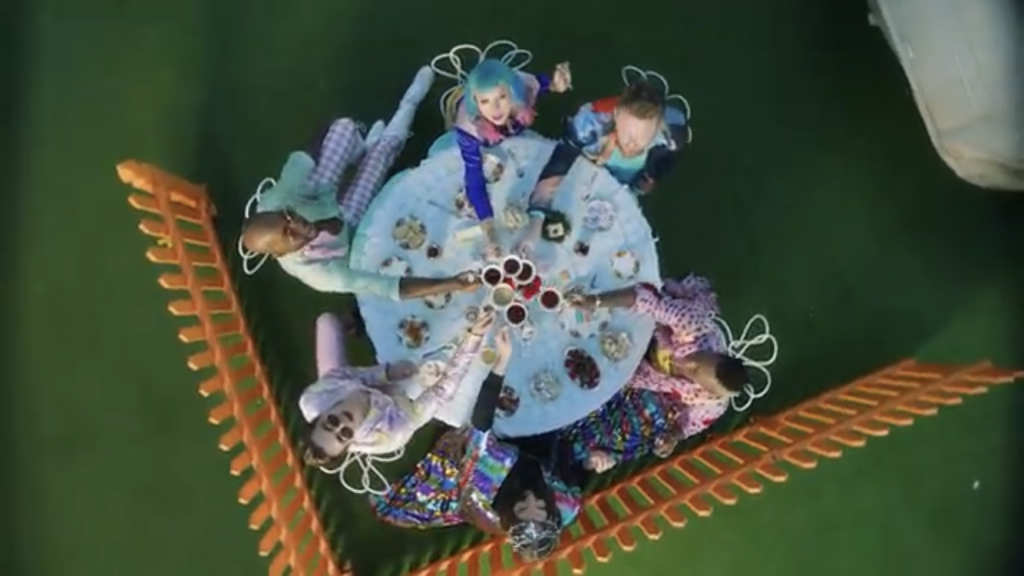 Prior to this week I wasn’t super into Taylor Swift, but the music video for “You Need To Calm Down” is dripping with queer iconography that truly seems to understand current queer community trends and pop culture references.  More importantly, it’s a call to action.

During Pride Month it’s understandable to be wary of corporations slapping a rainbow on mouthwash or sneakers for a month, then walking away the moment July 1st hits.  We’re a community that’s been frequently exploited in recent years by companies that want to cash in on some of that sweet sweet gay cash flow while not doing anything for the actual community.  Oftentimes they work against us behind the scenes while sporting rainbows icons on social media.  But “You Need To Calm Down” is not that.  Taylor Swift didn’t throw a rainbow flag on a video and walk away from us. There’s a lot more to it than that.

Nearly every frame has a reference to current or past queer iconography from the current Fab Five sipping tea to the iconic Cher quote hung on the wall of her mobile home. She leaves her trailer behind in flames and steps into a rainbow colored paradise where everyone is free to express themselves not just as characters in her video, but as they are as people.  The queer icons that make cameos in this video are being true to themselves every moment they’re on screen.  The level of detail with the iconography she chose is the first clue that this isn’t just rainbow propaganda, but something created by someone who has been paying very close attention to the community.

The iconography throughout the video also covers a lot of different corners of the LGBTQ+ community.  This isn’t just gay white men being showcased, as is often the case in more mainstream media  It features lesbians, trans people, queer POC, and a whole lot more.  You have Laverne Cox being fabulously elegant, Hannah Hart bench pressing a stereo, and RuPaul crowning a lineup of pop icon drag queens.  They each represent a different corner of our diverse community, bringing their own style to the rainbow paradise they live in.  There’s something for almost every segment of the community. 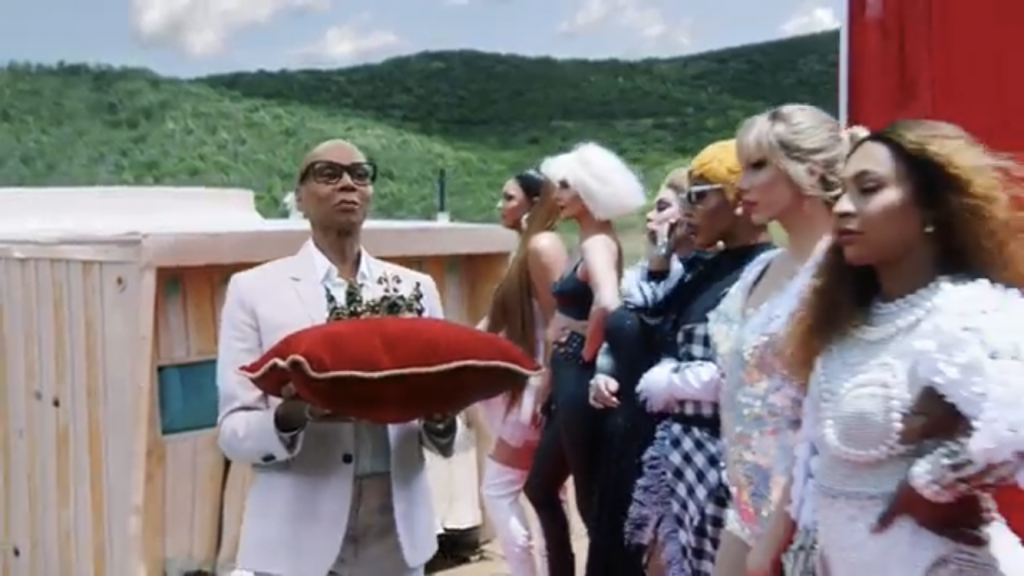 While some in the LGBTQ+ community aren’t too keen on the video, feeling it is a cash grab like gay Listerine, I don’t feel like I’m being pandered to with “You Need To Calm Down.”  Frankly, she doesn’t need me or my money right now.  She’s doing pretty damn well already and I’m not really being sold a product here.  In fact, the video takes shots at the bigoted base that thrives in places like Tennessee (one of the states she calls home), depicting anti-LGBTQ+ protesters as an ignorant, poorly groomed, and grammatically inept group of people that just need to, well, calm down.  That won’t win her any favors with that crowd, which made up a pretty big segment of her early supporters.  But she’s wealthy as hell already so it doesn’t really matter.  She doesn’t need them.  She doesn’t need us.  She could retire right now and be set for life.  But she’s not doing that.  She’s putting out a pro LGBTQ+ video and taking a stand.

Furthermore, her video isn’t just for fun (though it certainly is fun).  It’s a call to action.  The last frame on her video promotes her petition at Change.org, which states the following:

HAPPY PRIDE MONTH! While we have so much to celebrate, we also have a great distance to go before everyone in this country is truly treated equally. In excellent recent news, the House has passed the Equality Act, which would protect LGBTQ people from discrimination in their places of work, homes, schools, and other public accommodations. The next step is that the bill will go before the Senate.

While there’s no information yet as to when the Equality Act will go before the Senate for a vote, we do know this: Politicians need votes to stay in office. Votes come from the people. Pressure from massive amounts of people is a major way to push politicians towards positive change. That’s why I’ve created this petition to urge the Senate to support the Equality Act.

Our country’s lack of protection for its own citizens ensures that LGBTQ people must live in fear that their lives could be turned upside down by an employer or landlord who is homophobic or transphobic. The fact that, legally, some people are completely at the mercy of the hatred and bigotry of others is disgusting and unacceptable.

Let’s show our pride by demanding that, on a national level, our laws truly treat all of our citizens equally. 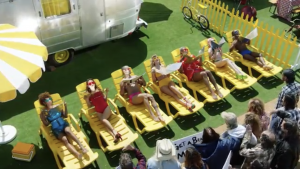 This doesn’t sound like empty pandering to me.  This doesn’t sound like rainbow propaganda intended to take our cash and doing nothing for us.  This is someone who has paid attention to not just our iconography and symbolism, but our struggles and legal fight for equality.  And she’s decided to use her platform in front of tens of millions of people and do something about our struggles.

Will my stanning of Taylor Swift go beyond the “You Need To Calm Down” music video and petition?  I don’t know.  I’ve never been into her music before now, but I’ve definitely watched this video at least 20 times today and have it stuck in my head for the foreseeable future.  But she doesn’t need me to become an uber fan.  Like I said, she’s wealthy as hell already.  This video thrilled me and made me feel supported.  And seeing those numbers climb on her petition made me feel like there’s hope.  Oftentimes I have doubt that Change.org petitions will do much, but when paired with a video that’s been viewed over 18,000,000 times in about 15 hours, perhaps this will actually do something. 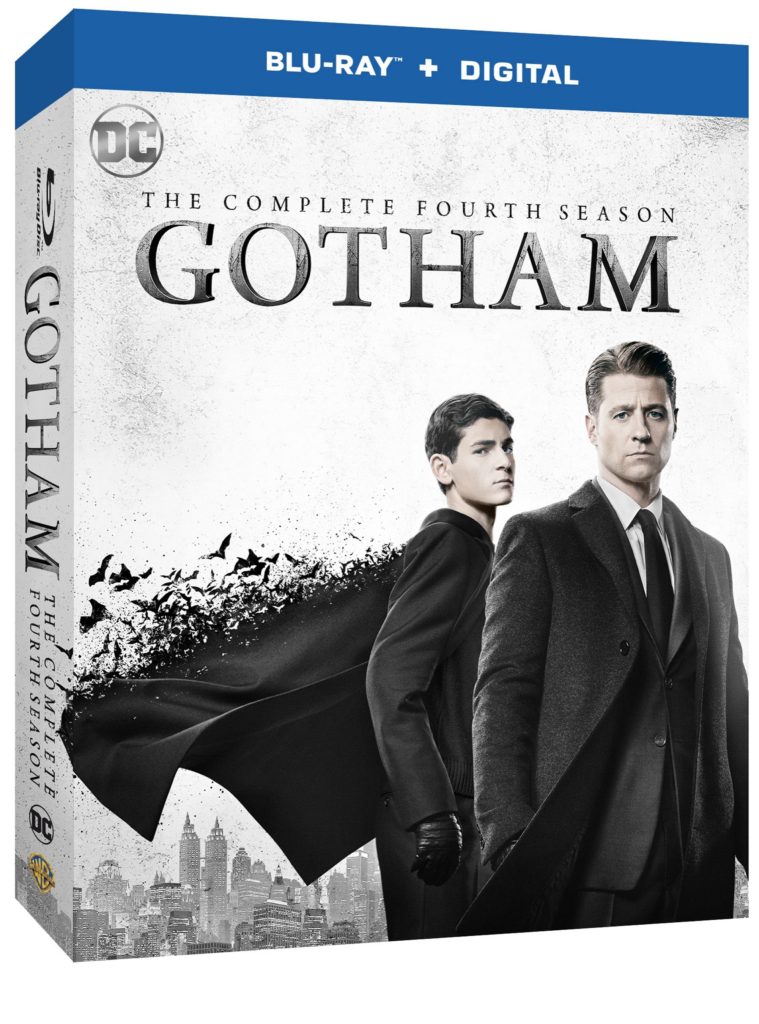 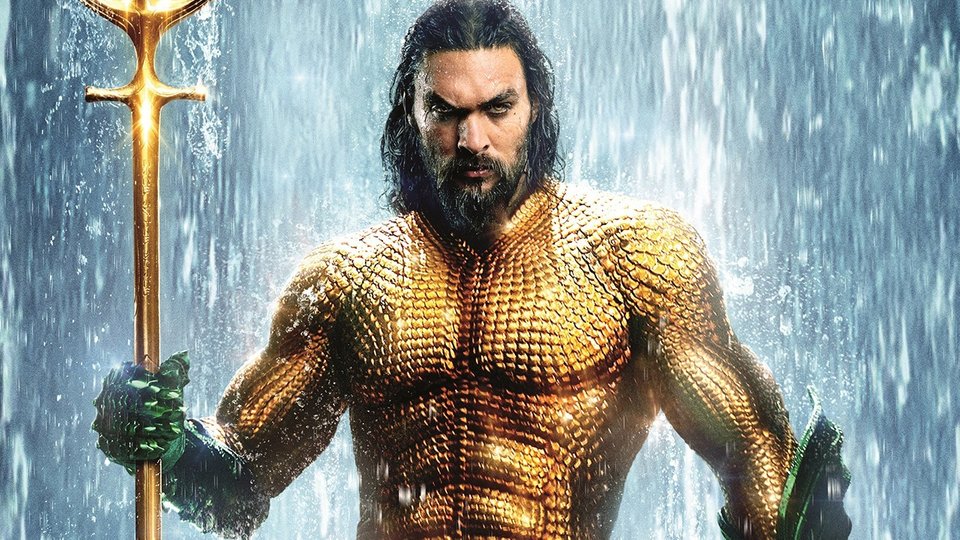 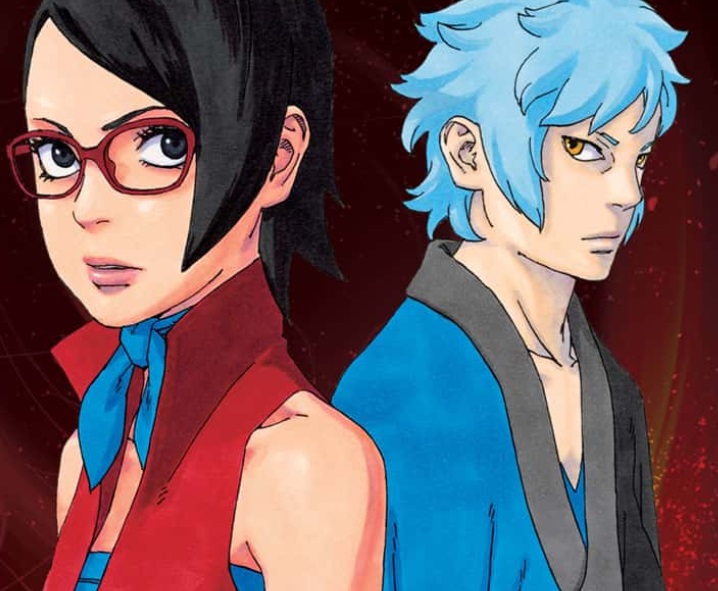