Yuri on Ice Pop! Dolls? Reddit Seems To Think So 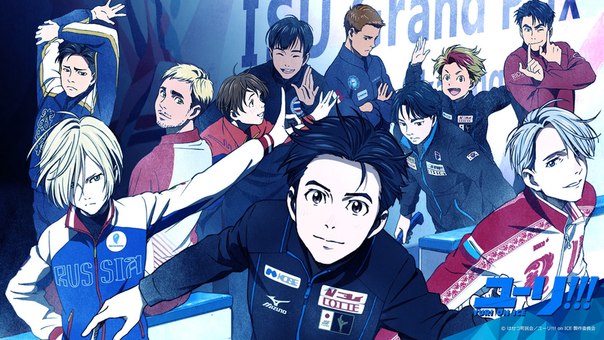 I’ve been craving Yuri on Ice Pop! dolls from Funko for a while and if some leaks from Reddit are any indicator, I may soon get my wish.

It’s worth noting that this “leak” should be taken with a grain of salt. There are no official announcements from Funko regarding Yuri on Ice Pop! dolls. This particular source got their information from a Star Wars Leaks subreddit, which was initially looking for Pops! related to the science fiction franchise. The list that’s being passed around that forum just happen to have Yuri on Ice Pops! for Victor, Yuri, and Yurio listed as well. Until Funko confirms that this list is accurate, don’t get your hopes too high.  Leaks sometimes turn out to be false.

UPDATE: There’s now a second source of these rumors at the Funko Fanatic Forum.

If you can’t wait to have little Victor, Yuri, and Yurio figures on your desk, it’s worth noting that there are Yuri on Ice Nendoroids available for pre-order now (Yurio is not yet available for pre-order, but hopefully soon!).  Yes, they are more expensive than Pops! but they sure are adorable.  Failing that, you can get the Yuri on Ice art book, the Victor Nikiforov 1/8 figure, or visit one of the Yuri on Ice Pop Up Shops around the country for a plethora of merch (but be careful, because the pop up shops sell out of stuff FAST).  Basically, we aren’t short on merch no matter how you look at it.

Yes, for us die hard Funko Pop! fans these other options are not quite the same, but it certainly helps tide us over until things are officially announced.  In the mean time, keep an eye on Funko’s twitter account for potential Q&A’s.  They are always open to feedback and happy to answer questions.  I’ve been kindly tweeting them suggestions for Yuri on Ice Pops! for a while, as have many others.  If this rumor turns out to be false, hopefully we may someday get our wish.  Keep that dream alive, people.