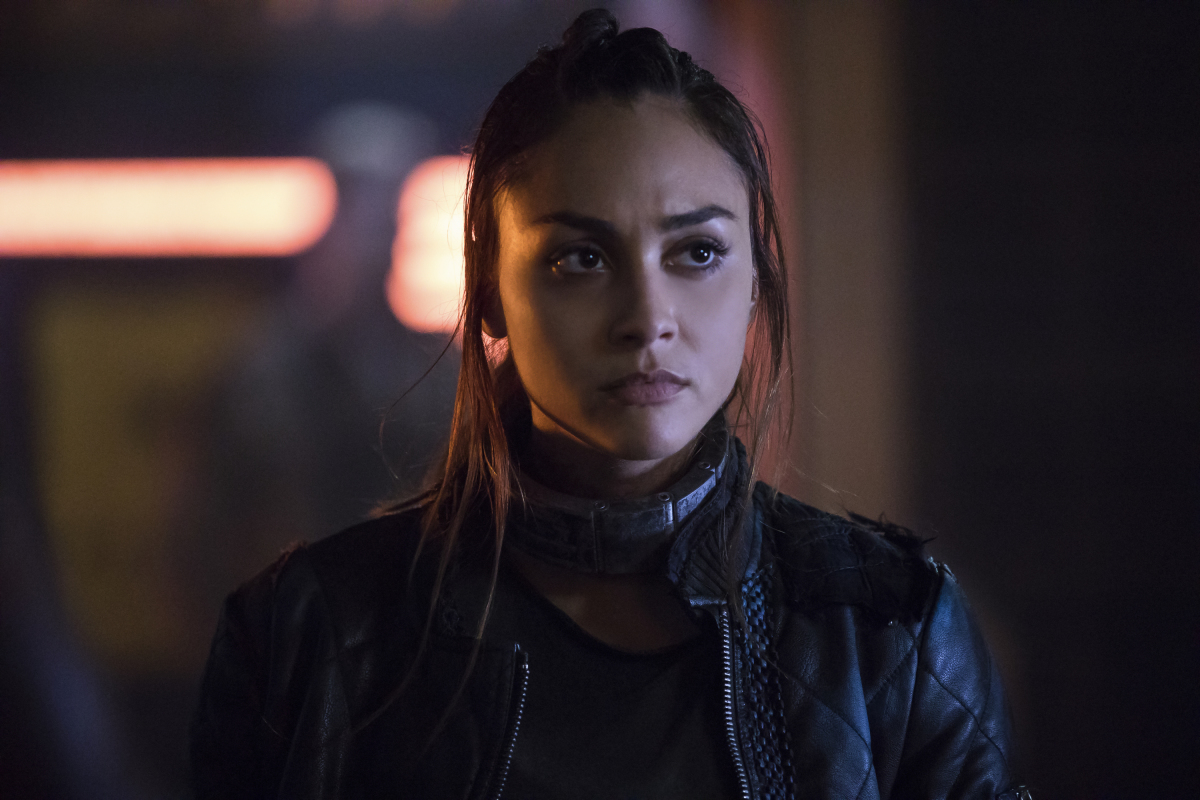 There was very little acceptable about “Acceptable Losses”. As The 100 gets further into season 5, I’ve lost sight of who the good guys are supposed to be. My head is spinning from all the lies and deceit, and it seems like everyone is a horrible person. Except maybe Monty.

The 100 has always been about survival, and from the beginning, it’s not been a secret that “there are no good guys” is a mantra this show takes seriously. “Acceptable Losses” only serves to highlight that message. We learn that Diyoza assisted with the prisoner rebellion because Eligius okayed allowing the prisoners to die from their mysterious disease, and Shaw was a willing participant, not a last-minute convert to save his own skin. We also learn that since their ordeal with mutated sandworms in the desert, Octavia and Kara have been experimenting on defectors to use them as weapons. 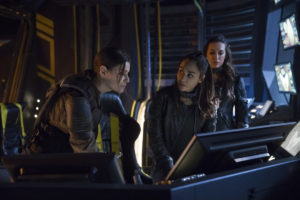 Who do you trust? It seems like everyone is lying to everyone else. Raven has to betray Shaw in order to activate the backdoor. Indra is out of the loop on Octavia’s decisions, but it seems like Kara is doing things without Octavia’s knowledge as well.

I must admit, I was not expect the sandworm-breeding or the human experimentation, but I’m still not entirely convinced that there wasn’t some form of cannibalism going on down in the bunker. And while Octavia brought up a good point about Bellamy and Clarke being hypocrites (and it shows me that I totally have double standards when it comes to certain characters), it is really very tiring watching the same cycle over and over again. Every season is the same, just with a different antagonist. It’s exhausting. Monty had the right of it; Jasper’s letter helped him see the folly of their plan. Unfortunately, Clarke’s plan to end the war involves taking out Octavia – most likely by killing her, because with the fanatical devotion of everyone in Wonkru, there is no way they can do anything less.

At least Monty’s plan doesn’t involve genocide or human experimentation. Still, I am glad to see Clarke taking some initiative again. Aside from “Eden”, it seems as though her entire purpose this season has been to be “Madi’s mom”, and it was making her redundant. She didn’t need to be there to show outrage at the changes in those from the bunker, and she didn’t need to be the moral compass. But she is Wanheda, and I think she finally remembered that in “Acceptable Losses”.

Thematically, though, I think it would make more sense if Bellamy is the one to take out Octavia, should they actually go there. Also, that was a massive lack of reaction to the suggestion that they should kill his sister, which leads me to believe he’s already considered the possibility.

I’ve been wondering why I’m so averse to Octavia’s behavior this season, yet I wasn’t quite as outraged when it was Clarke or Bellamy. I think it stems from a few different things. First, Octavia seems very callous about this. Whatever happened in that bunker, she has become very calculating, almost cold, in her decision-making. We don’t know why, which makes it hard to empathize with her, while Clarke and Bellamy were visibly conflicted by their decisions and traumatized by their actions. Second, I didn’t agree with a lot of their decisions – Bellamy following Pike is something I complained about throughout season 3, and I really wished the genocide in Mount Weather had been avoided. Third, I think it shows where they are in their lives at the moment. Bellamy and Clarke, for the last six years, both lived lives of relative peace, where violence was not an aspect of their day-to-day lives. Octavia actually created state-sanctioned violence (and while I can understand what started it, I’m not sure there’s an adequate explanation for why it continued ) and so is much more ready to use violence as the solution, as well as dismiss other solutions.

What did you guys think of “Acceptable Losses”? What are Murphy and Emori up to out in the woods? Has Madi chosen Octavia over Clarke, or do you think she has some sort of plan?