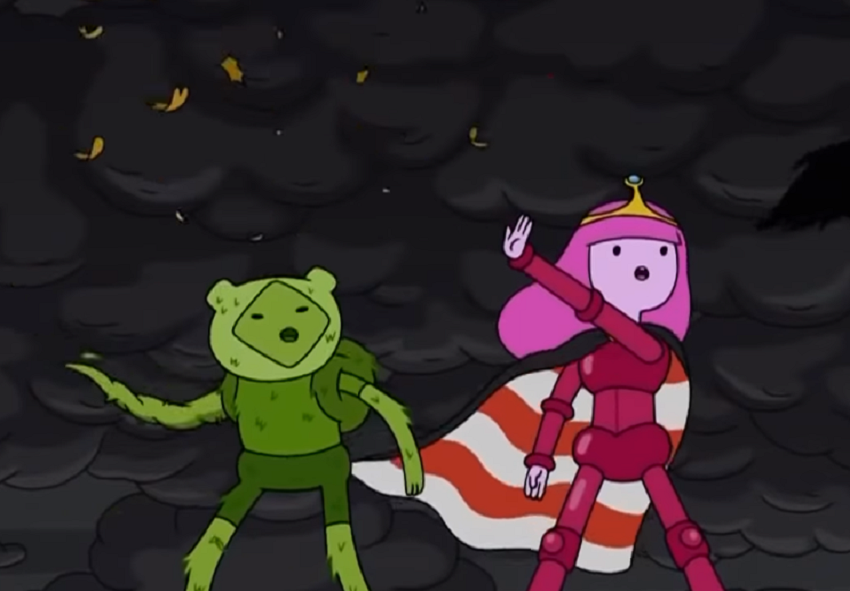 After 10 seasons Adventure Time finally gave many fans what they have been waiting for. During the Adventure Time series finale, the writers of the show helped move the needle to hopefully open the door for even better queer representation in content primarily aimed at kids.

The Adventure Time season series finale aired on September 3, 2018, on Cartoon Network. It showed Princess Bubblegum and Marceline the Vampire Queen share a kiss onscreen. The two characters were revealed to be a couple back in 2014. However, the finale was the first time the true nature of their relationship was made obvious.

Even though it is disappointing for some that such an incident occurred during the final season, at least, there won’t be a reason to pay attention to certain fans who were adamant on insisting Bubblegum and Marceline weren’t romantically involved and were just good friends.

Oh, the lengths some people will go to make everything fit heteronormativity even when it doesn’t make any sense.

Anyway, the news took fans by surprise and they are ecstatic!

bubbline are living the rest of their immortal lives together like in marceline’s dreams THE ADVENTURE TIME FINALE SAID YOU CAN’T STOP THE GAYS pic.twitter.com/1tQ5Vq2y72

THE KISS GUYS THE KISS!!!! I AM SCREEEEEEAAAAMMMMING. I’m never gonna ask for anything ever again in my life😭😭😭😭😭😭 pic.twitter.com/Fp0n563nLb

Cartoon Network had another queer-centric moment this year with Steven Universe showing the wedding between Garnet and Sapphire.

Adam Muto, the executive producer of Adventure Time, mentioned to Polygon how Rebecca Sugar paved the way for Adventure Time as well as other shows.

Being on Cartoon Network, alongside shows like Steven Universe, I do think that we felt like we could do more than we could have back then. Rebecca [Sugar, who created Steven Universe,] really did so much of the heavy lifting that I feel weird even talking about that too much.

The franchise will continue with an eleventh season as a comic book series by BOOM! Studios.

Feel free to share your thoughts about the Adventure Time series finale and Bubbline (Bubblegum/Marceline) with us.