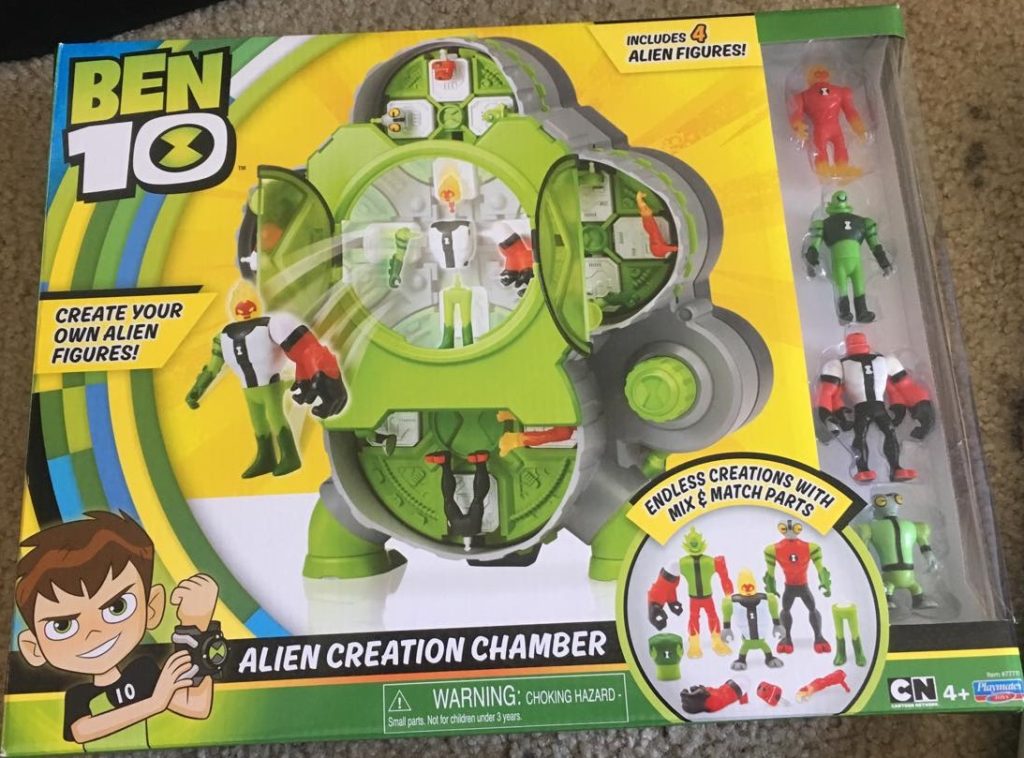 The Ben 10 Alien Creation Chamber allows you to make your own unique aliens by mixing and matching the ones present in Ben’s Omnitrix. If you ever wanted to create a Heatblast and Four Arms hybrid, now is your chance!

Playmates Toys provided me a free Ben 10 Alien Creation Chamber for review and a 2-pack. The opinions are my own.

I have been a fan of the Ben 10 franchise ever since it premiered on Cartoon Network back in 2005. Even though I’m waiting for Gwen to realize her magical alien background, I enjoy watching the rebooted series. The Ben 10 Alien Creation Chamber, from Playmates Toys, is based on the current rebooted series which will air its season 2 finale soon. The five-part finale is titled ‘Innervasion’ and will show Ben teaming up with Vilgax to defeat a serious threat. I can’t wait! The series has already been renewed for a third season.

While you wait to watch Ben’s next adventure, you can go ahead and experience the fun offered by the Ben 10 Alien Creation Chamber. I like the green and gray colors used in the Omnitrix-inspired design. It is also made of durable plastic.

One of my tests to observe a toy’s durability involves dropping it from a table that is at least 3 feet tall. However, I didn’t do such a test with the Alien Creation Chamber. I just had a feeling something in its mechanism might break because of how it felt in my hands. But that’s not to say it can’t withstand a certain amount of force. It is strong enough to handle falling on the flat surface it is placed on during playtime. Just make sure not to drop it from a height.

The little figures, on the other hand, are okay with being thrown around. The Ben 10 Alien Creation Chamber comes with four mini figures for you to mix and match. The aliens are Heatblast, Four Arms, Wildvine, and Grey Matter. Even only having four figures offer a lot of options to create the kind of aliens you want. If you wish to make even more hybrids, you can buy the three Alien Creation Figure 2-Packs. 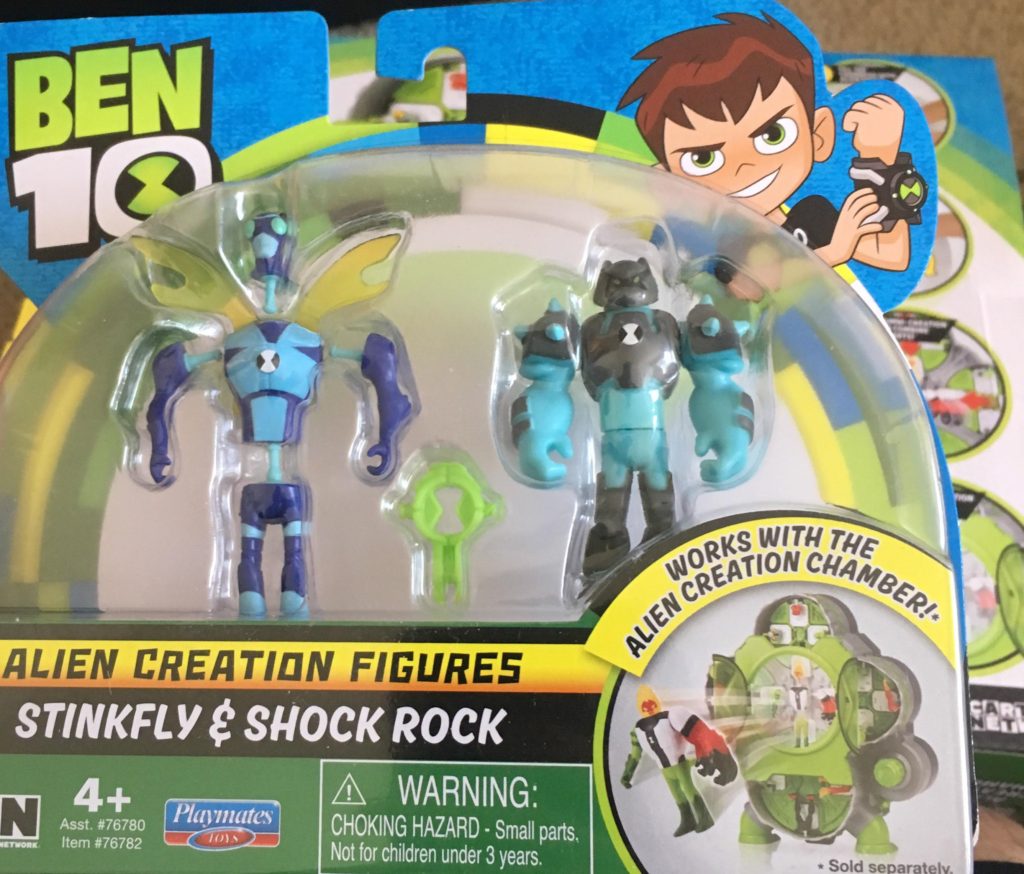 Though you don’t require the Alien Creation Chamber to make different aliens, because you can just pop in the parts you want even if you just buy the 2-packs, it does make the entire process feel very cool. Also, each 2-pack and the chamber also comes with a key you can use to break the figures and create something else. The key is quite small. So, it is a good idea to have a few spares. If you have kids around, do consider tying a ribbon to the keys to prevent them from getting lost. 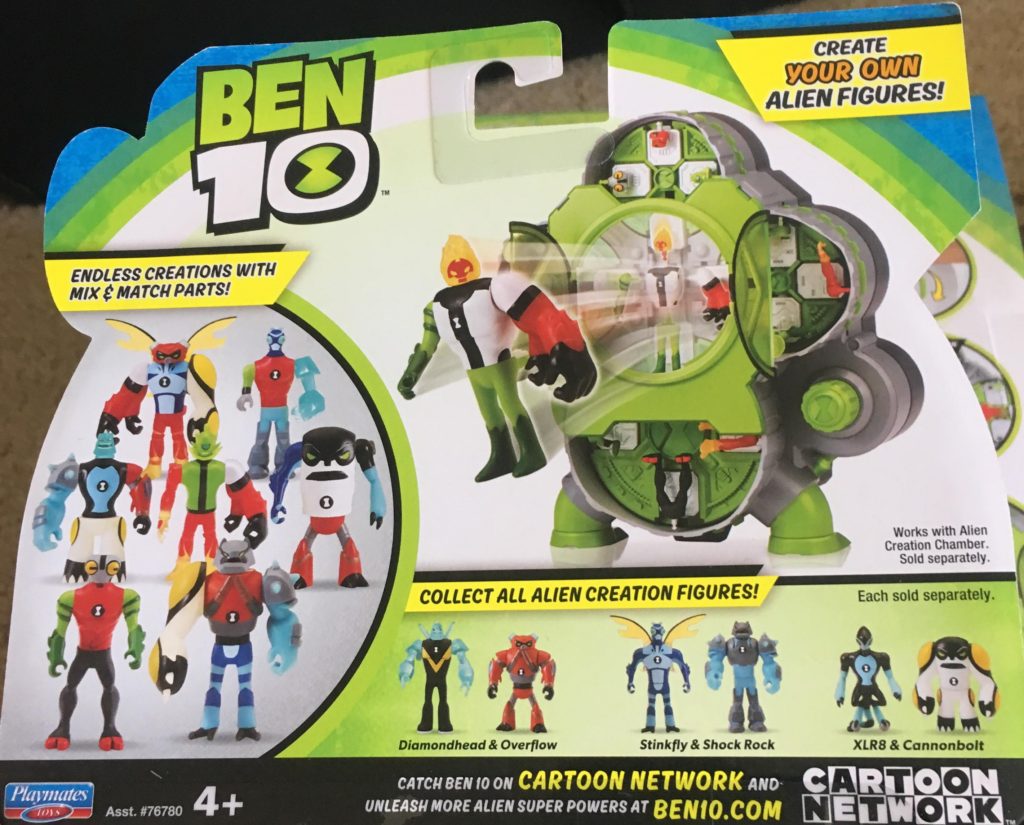 As for the Alien Creation Chamber, it is very easy to use. It has four circular compartments where you place the limbs and the heads of the alien figures. The torso goes in the center. You then rotate the dials covering the outside of each compartment to select the limbs and the head you wish to attach to the torso. My favorite is the Stinkfly torso because of the wings. You can put four different pieces in each circular area. 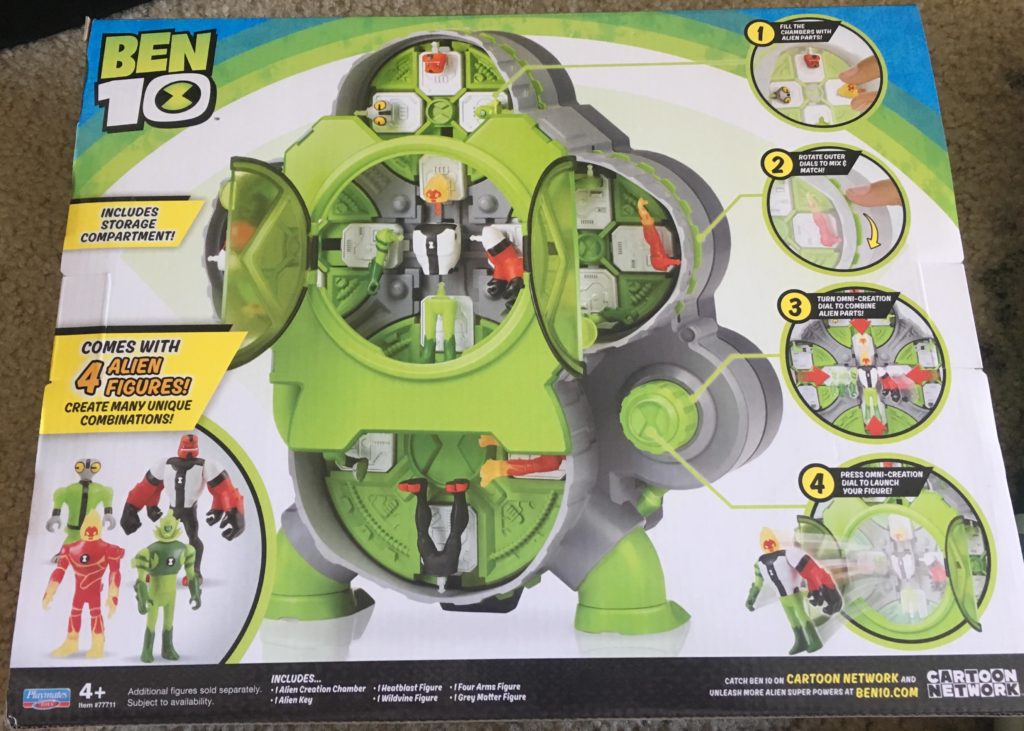 Once you have made your decision, you need to rotate the little green knob on the left of the Alien Creation Chamber to move the inner mechanism and snap the limbs and the heads into the torso. Pressing the green knob will make your newly created hybrid alien push through the Omnitrix symbol (door) and escape the chamber. You can also pull out the mini figure yourself if you don’t want to push the green knob.

An instruction manual is included. So, it’s all good. 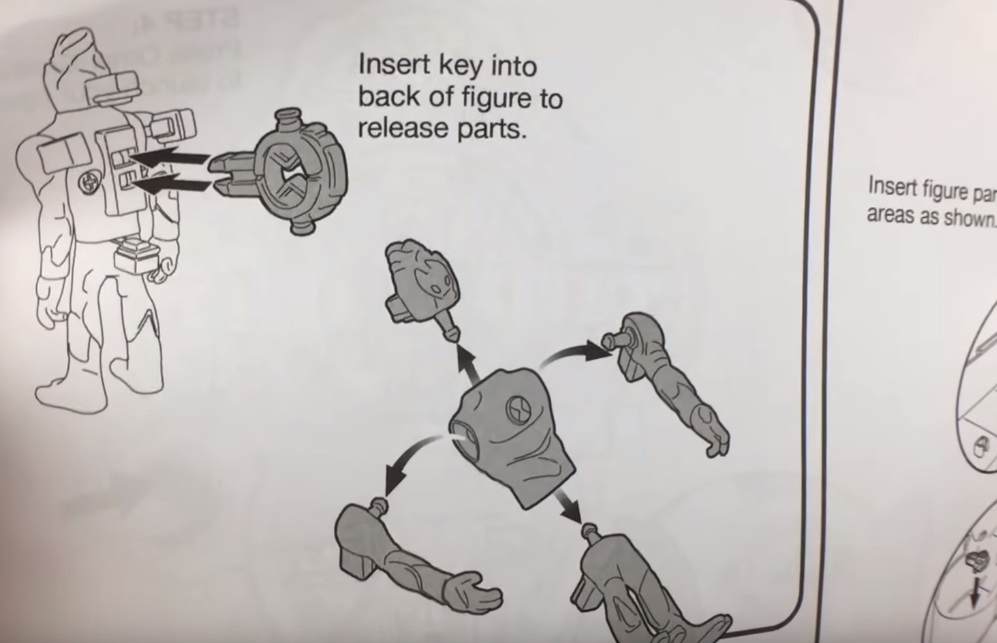 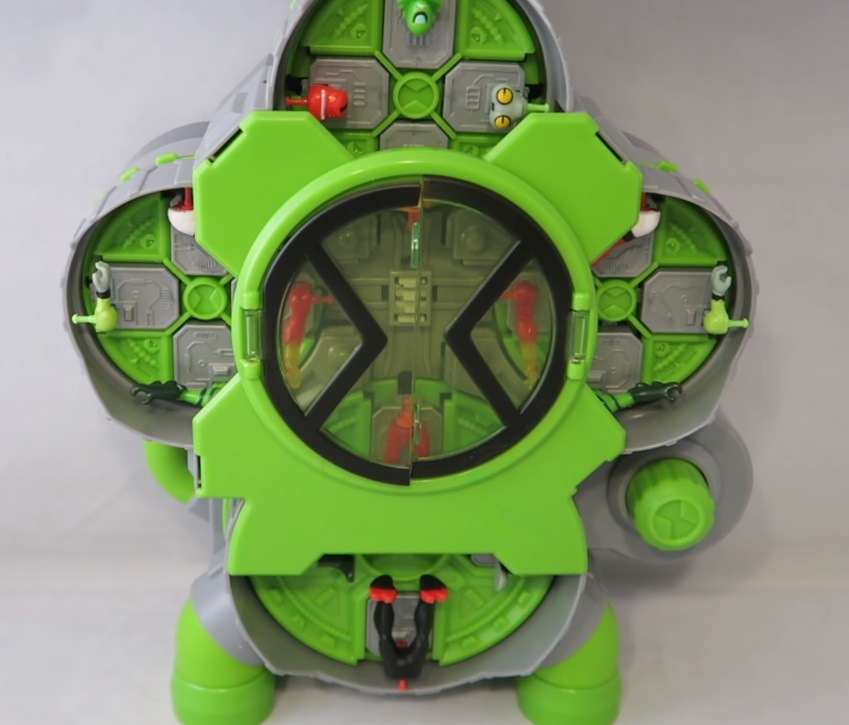 Now, do take note these mini figures have pegs on the back so they can fit into the Alien Creation Chamber. The pegs might feel odd at first, but I think you will get used to them soon enough. Furthermore, while not intricately detailed, the mini figures are designed well enough to capture the overall look of each alien from the animated series. 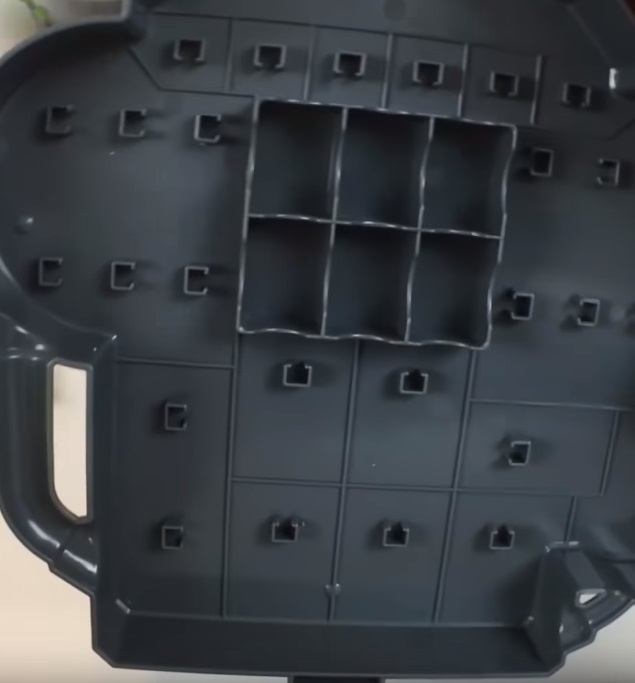 Another thing I liked about the Ben 10 Alien Creation Chamber is the storage compartment. The back of this chamber comes off (by pressing a little button at the top) to reveal a large space to place the limbs, faces, and torsos of the mini figures for safe keeping.

Make sure to check out my reviews of other items from Playmates Toys.

Are you a fan of the Ben 10 franchise? What do you think of the Alien Creation Chamber? Let us know.