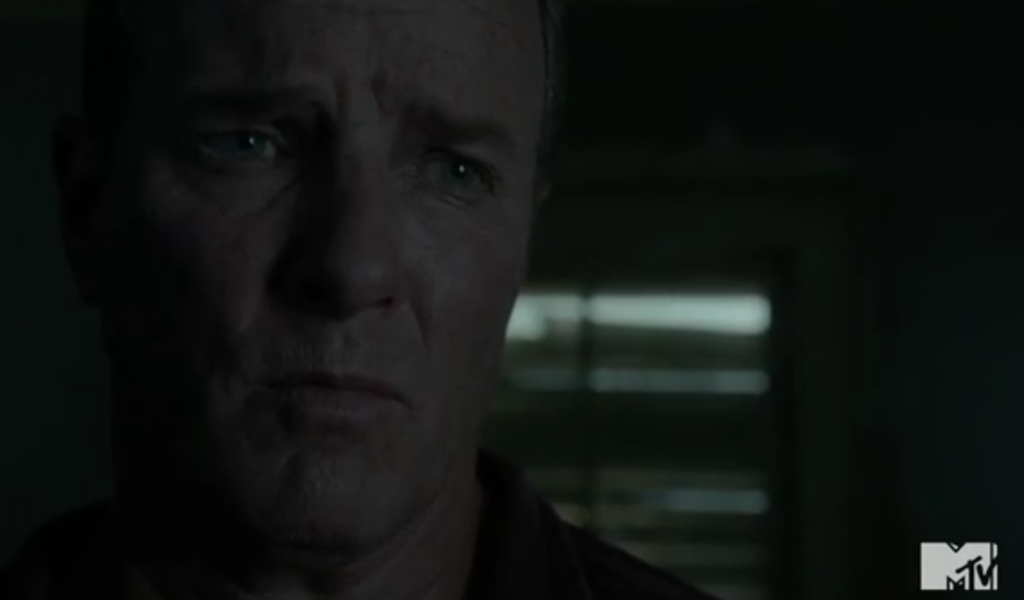 This week’s episode of Teen Wolf, ‘Blitzkrieg’, gave us a flashback featuring a Nazi werewolf. It also provided closure to the Sheriff and Claudia relationship.

I was dreading the Nazi flashback in ‘Blitzkrieg’ since its announcement. Teen Wolf didn’t handle Marie-Jeanne well, so I had valid reasons. However, the good thing was that the flashback didn’t last for an entire episode. We got to know that Mr. Douglas is a Löwenmensch (Lonely munchkin?), a wolf and lion hybrid. I don’t even want to know how that happened to him.

Anyway, he wanted to control the Ghost Riders during World War II. Since he was weak, he went to the Dread Doctors for help. I’m not invested in Lonely munchkin so the whole thing felt like a drag. Again, Teen Wolf has introduced a villain who wants to be evil just for the sake of it. There is no characterization whatsoever.

The best parts of ‘Blitzkrieg’ were the scenes involving Sheriff Stilinski. After discovering Stiles’ room, he proceeded to use his son’s red thread and pins to remember him. Stiles’ crime board still had a picture of Derek!

The fact that Teen Wolf even decided to do half a season around Stiles’ disappearance made no sense to me. And it shows in the execution. Everything feels like a mess without him, and that’s something that shouldn’t happen to a show when the actual main character is someone else. Add in Dylan O’Brien’s absence and the whole thing is sloppy even for Teen Wolf standards.

What did you think of ‘Blitzkrieg’? Let us know!

Previous:“Will & Grace” Being Brought Back by NBC For a Limited 10-Episode Run!
Next: “Outbreak” Brings Old-School Feel of Zombie Horror – Game Review & Giveaway!