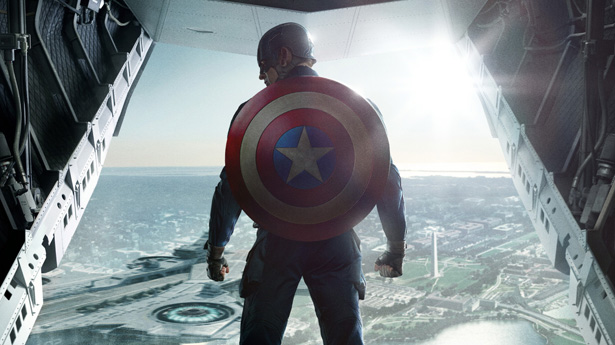 I am relatively new to comics. I subscribe to Marvel Unlimited, and I’m working my way through a lot of their titles, but I freely admit that there is still a lot about the Marvel universe that I just don’t know. I picked my favorite characters largely because of the Marvel Cinematic Universe and just went from there. And one of my favorite characters is Captain America. So when I came across a book that promised to explore his evolution through the years, I was eager to read it. Sadly, Captain America, Masculinity, and Violence: The Evolution of a National Icon isn’t quite what I expected it to be.

The premise of Captain America, Masculinity, and Violence promises to explore the relationship among the three as the character moves forward in the ever-changing culture of America. After all, it’s in the very title. But while I was hoping for an in-depth examination of Steve Rogers and his portrayal through the decades, I mostly got a history lesson. It’s not as though I didn’t appreciate the extensive amount of backstory provided – I am still new to comics, after all – it’s just not what I was expecting.

Captain America, Masculinity, and Violence does a very good job of laying things out the way they are (or were). Mentions are made of the character’s past problematic stances on important issues like race (particularly in his dealings with partner/sidekick Falcon in the 1970s) 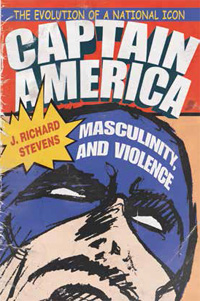 and gender roles, and large sections are dedicated to fan reaction to various changes. But there isn’t a whole lot of exploration into the how or why.

Much of what I felt was missing in this book was context. I would have liked to see a little more examination of the overall culture of America during the different time periods; what else was going on in the world, and how did that shape the character? What else was going on in the Marvel universe, and how did that affect Steve Rogers? Comparing Captain America to other popular Marvel heroes’ solo titles would have gone a long way towards exploring his evolution. As such, other heroes were only mentioned when it involved a story in which they directly interacted with Captain America, and even then there was very little comparing and contrasting going on.

I felt like this was a very long term paper that provided lots of evidence but no analysis. It read a lot like a history report, and at times it was very dry and difficult to get through. It took me longer than usual to read it; I’m not counting that as a strike against it, because it shouldn’t matter, but generally when I’m interested in something I zip right through it. I am extremely interested in Captain America but almost had to force myself to finish this book.

I did find it extremely valuable in helping me learn more about the character. Reading about how his portrayal has changed since his inception in the early 1940s was fascinating, and if there is anyone else out there who would like to learn more about Captain America without having to wade through 70+ years worth of comics, then this book is a great resource. I just don’t think that was its intended purpose.