“Cat Quest Pawsome Pack” Coming to Retail This July for PS4 and Switch! 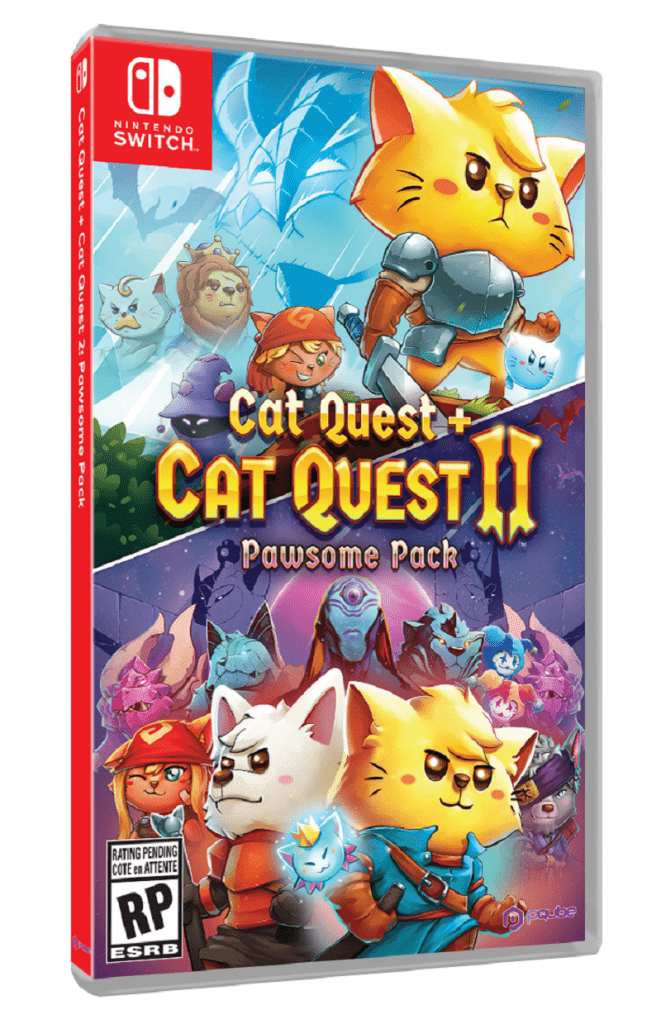 Two critically acclaimed 2D open-world action-RPG titles are coming together! The Cat Quest + Cat Quest II Pawsome Pack will be available in stores (globally) come July 31, 2020, for the Nintendo Switch and the PlayStation 4.

If you have been looking for a game that lets you play as a tiny cat and allows you to go on a fantastical adventure, well, the Cat Quest series offers just that. Come and play in the feline world of Felingard where you will get to experience a fast-paced adventure while encountering “cat-tastic characters, stories and puns.”

You can go ahead and pre-order the Cat Quest Pawsome Quest Pack at major retailers including GameStop, Best Buy, Amazon, and more.

From publisher PQube and Singapore-based developer The Gentlebros, Cat Quest introduces players to Felingard as they purrsue the evil Drakoth and their catnapped sister while slashing, dodging, counterattacking and using powerful magic to defeat enemies. Included in the Pawsome Pack is its long-awaited sequel Cat Quest II, which debuted two-player co-op gameplay, expanded the universe with a whole new story, unleashed dogs, revealed the Lupus Empire and much more.

Just look at this cuteness!

The Cat Quest + Cat Quest II Pawesome Pack will be available for the PlayStation 4 and the Nintendo Switch for $29.99. This title has been rated E10+ (Fantasy Violence) by the ESRB.

Have you played the Cat Quest series? Let us know.