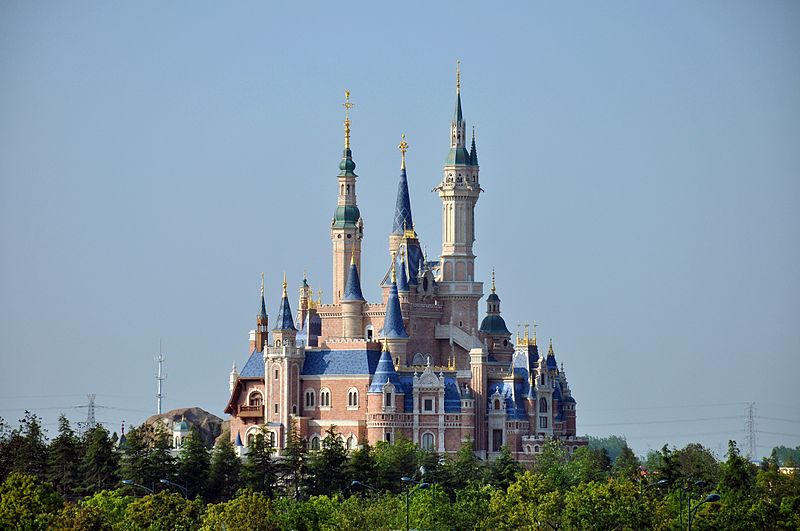 If the images floating around online from Shanghai Disney are correct, Disney parks may reopen with social distancing markers in their queues.

A few days ago I did an overview of what the Disney parks may look like when they reopen. One of my concerns was line management, and I analyzed the idea from CinemaBlend that we could see more frequent use of virtual queues to keep crowds down. We now have another peek at how the Disney parks could manage this, however, and it comes via pictures from Shanghai Disney.

Twitter user @gourmetdyy has posted a series of pictures of markings and barriers that are clearly intended to aid with social distancing. They mark where people should not stand, thus creating a safer distance between the guests. The spacing doesn’t look exactly six feet apart, but it’s something and certainly better than nothing.

They are also apparently running test runs with fake guests at the entrance, perhaps to see just how well these new measures can be implemented.

This is the same user that posted the sneak peek of other social distancing measures being taken a few days ago, which I referenced in my original speculation article. Big shout out to @gourmetdyy for all the information they are bringing Disney park fans around the world. This is a great look at the current situation.

I feel like all signs are pointing towards Shanghai Disney being the first Disney Park to open. It’s already partially open, with guests who have a green health check bar code being allowed access to certain Shanghai Disney resort attractions outside of the main park. Shanghai plans on opening their schools soon, so it stands to reason that theme parks and other mass gathering places won’t be far behind.

I expect Disneyland Hong Kong to follow closely behind as they were the second closest to the epicenter and the local government has been similarly strict with their containment policies. Unlike Shanghai, however, Hong Kong doesn’t have a set date for school reopening, so that could be a ways off yet. We’ll see.

As the other countries where these parks are located don’t have this type of app tracking system in place, it’s hard to say what that timeline will be like. Shanghai Disney is going to be our test pilot and Disney execs will likely watch how things play out and then adjust for each location accordingly.

All eyes are on Shanghai Disney now as they move closer and closer toward park reopening.

Previous:“Cat Quest Pawsome Pack” Coming to Retail This July for PS4 and Switch!
Next: We Are Getting Westworld Season 4! Rejoice!