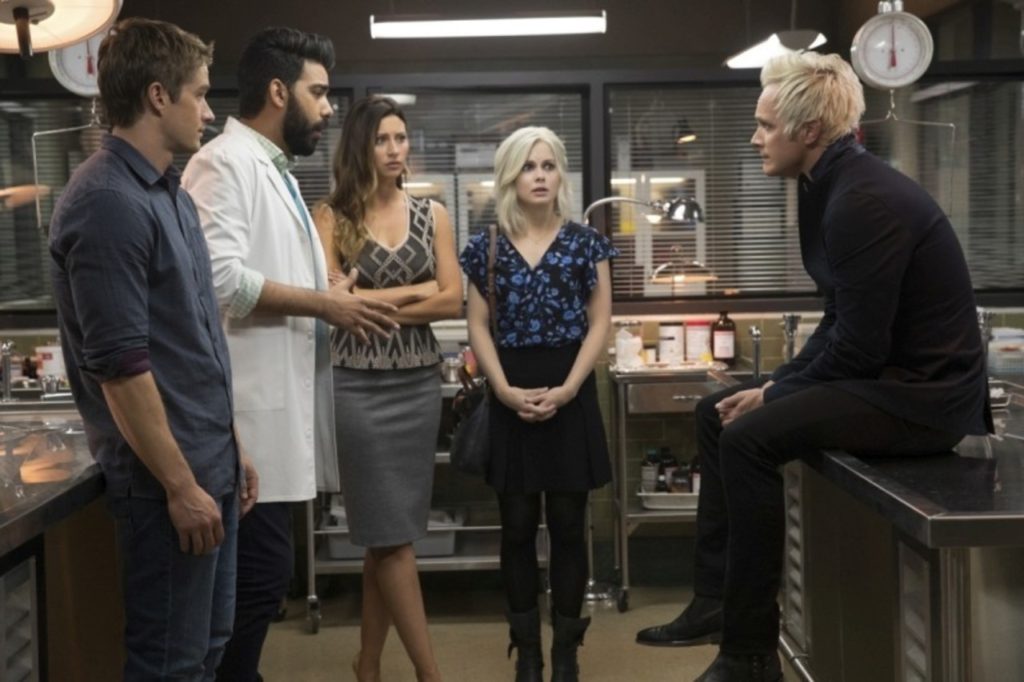 I almost can’t believe I’m saying this, but “Eat Pray Liv” made me care far more about Blaine than I do about Ravi (at least for now).

Now, while Ravi was one of my favorite iZombie characters up until recently, Major was one I’ve always felt pretty ‘meh’ about…but between his turn on teenage girl brains in last week’s “Zombie Knows Best” and his training/processed brain struggles in “Eat Pray Liv”, he’s really growing on me so far this season. Of course, this is all happening just in time for his ‘health’ to start declining, so now we’re left wondering whether Ravi will figure out the cure in time, if Major will decide to take the one that causes memory loss, or if he will even last out the season. Kudos to the show for making me actually – finally – care about which one of those outcomes will occur for this character. (Also, I won’t lie, the way Major looked at Liv when she was dancing even got this writer’s cold heart a-thumping.) 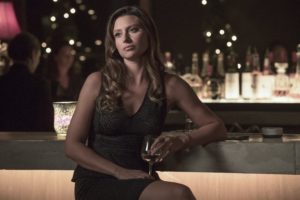 That said, while “Eat Pray Liv” featured one of iZombie‘s usual (and this time, not very clever) episodic murder mysteries, for the most part it really seemed to focus on the Ravi-Peyton-Blaine love triangle. Sure, there were some asides regarding Blaine’s father being back in the picture, as well as Ravi dealing with his former boss Dr. Kupps…but even those two situations involved Peyton, as she stood in as Blaine’s “lawyer” when he met with his father (and of course, his father’s lawyer), and then later showed up to confront Ravi about his being in love with her only to discover that he was with-with Dr. Kupps. 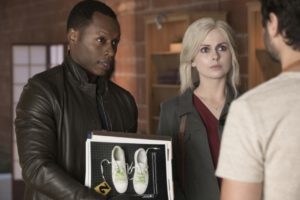 I wish that Liv being on mindfulness brain had taken the spotlight off of the aforementioned love triangle, but sadly this was one of my least favorite brain story lines ever. On top of that, while I suppose Blaine’s dad could have a lot more up his sleeve, at the moment he’s definitely acting a lot more…calm, shall we say?…than I expected. Sure, he’s sending Scott E out to make some new zombies, and he purchased a hospital in Bangladesh to help feed any less-wealthy clients they might attract, but I was left wondering whether he actually has worse things in mind, or if this new club, The Scratching Post, and stealing Blaine’s clients, are all we’re going to get.

Personally, I’m torn – at the moment I think the military contractor/Seattle zombie apocalypse plot is far more interesting than another “dude makes rich people into zombies to make money” story. Also, I mostly just feel bad for Peyton, because Ravi is being a jerk and while sure, Blaine is being nice, it’s hard to forget how awful he was in the first season and for most of the second season, as well.

What do you think – is Blaine’s dad up to something more than that? Will Peyton end up with Blaine…or Ravi…or neither of them? Let us know in the comments!