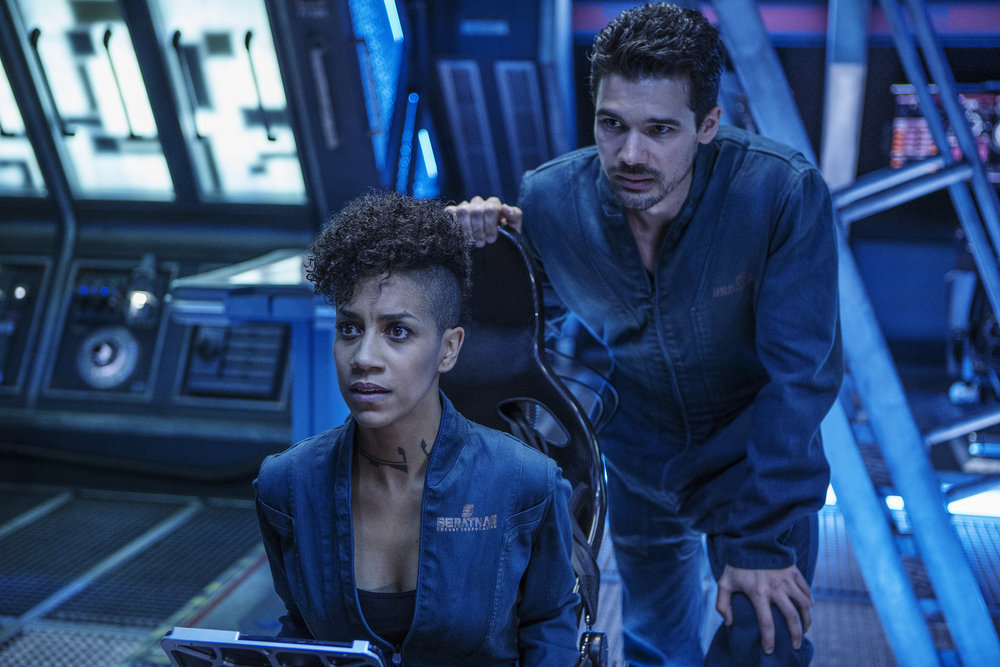 It’s Armageddon on The Expanse, only instead of Bruce Willis, we’ve got Miller. In “Home”, Earth and the Roci crew have to deal with a suddenly sentient Eros that seems to be pretty pissed.

One thing that continues to fascinate me about The Expanse is that it’s science fiction that actually relies on the science. There is a lot of science in “Home” in particular. After discovering that a piece of inter-planetary rock has started moving on its own, the Roci crew begins to worry that the laws of physics have abandoned them. There’s a whole conversation about speed and gravity and heat spikes that I feel like a lot of other shows wouldn’t bother with. I especially appreciated seeing the effects of such high speeds on the crew. Space travel and its consequences are often glossed over on other shows, but not on The Expanse.

Whatever is going on with Eros is truly intriguing but we don’t know for sure what it is. The protomolecule is clearly extremely intelligent and capable of manipulating its surroundings like nothing we have seen; the fact that it is able to alter its speed and direction and also make itself invisible to radar makes it a formidable adversary to the human population that has begun to colonize the stars. We don’t know much about the protomolecule, of course, since that’s the whole point, but it turns out that Miller’s theory about Julie infecting the protomolecule as much as it infected her is correct. It turns out that Eros isn’t pissed, Julie just wants to go home, and that damn near broke my heart.

Can I just say that the scene where Miller confronts Julie is just so beautifully done? The visuals, the framing–it was such a well done scene. 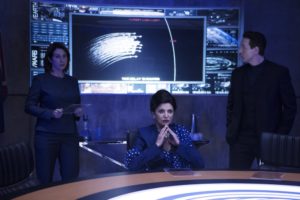 Another thing The Expanse does well is the politics. When Earth learns that Eros is on a collision course, there is a very real, very frank discussion about how to proceed. This is also when you can see the true nature of the various officials in the UN. Avasarala immediately suggests a planetwide evacuation; despite all her faults, she seems to genuinely be a good person and is concerned about the fate of the people. Errinwright, on the other hand, suggests a nuclear strike. Whether that’s to protect his interests or because he honestly thinks it’s the best course of action, we may never know. It’s also quite telling that while the rest of the UN evacuated, Avasarala stayed behind. Perhaps learning that the crew of the Roci were risking their lives prompted her to do so as well, though judging by her discussion with her husband, this is just the type of person she is.

Last, naturally, are the characters. Everyone on The Expanse is a fully fleshed out and flawed individual, and we got a lot of depth in “Home”. From Avasarala’s emotionally-charged conversation with her husband to the Roci crew joking about losing their spleens in 15G, and from Fred Johnson desperately not wanting to look like he’s stealing Earth’s nukes to Miller sacrificing himself to be with Julie, this was a phenomenal episode for character development.