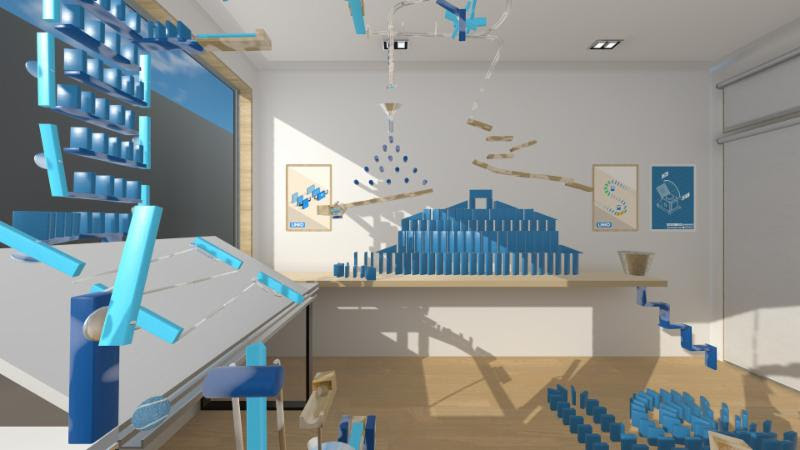 Independent video games studio Metanaut has released the beta build of the physics-based VR puzzle game Gadgeteer. The full game will be launched in April 2019 on HTC Vive. You can enter a contest to win some interesting prizes.

Metanaut is giving away prizes to the top 3 chain reaction builders in their game Gadgeteer. All you have to do is play the Beta Demo and share your creation. You can enter right now!

The prize includes a Steam key of Gadgeteer and a Klutz – LEGO Chain Reaction Kit.

More details of the contest can be found here.

Gadgeteer, nominated as “one of the most anticipated VR games of 2019 by PC Gamer,” is a virtual reality title in which you build chain reaction machines to solve intricate puzzles “as never seen before.”

“Some of our fans have been following the development of our game since our first Reddit post over two years ago,” claims Peter Kao, Co-Founder and CEO at Metanaut. “After hearing their opinions about our game, we’ve expanded our team and have made huge improvements.”

Gadgeteer features two game modes titled Sandbox and Puzzle. The latter isn’t available in this beta build. However, it will be in the full version.

The full version will take place in an apartment-sized environment filled “with interesting surfaces, furniture, and everyday objects to build on.”

Metanaut is a small award-winning team of “virtual reality enthusiasts who are passionate about building a better future. They are one of the first VR studios in Vancouver, and have won some of the world’s largest VR competitions.”

They have backgrounds in industrial design and engineering “which helps them to apply proven real world design principles to unfamiliar virtual worlds.”

Feel free to share your thoughts about Gadgeteer with us.