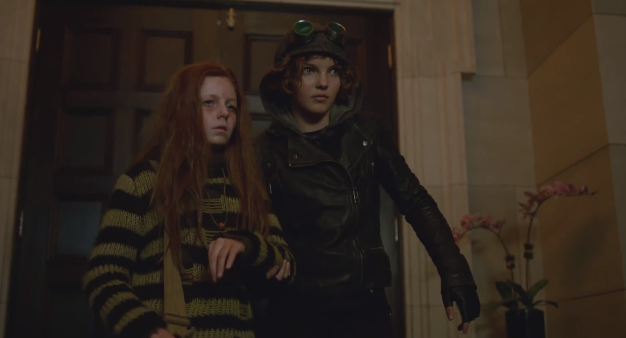 During New Year’s Eve, I saw a commercial promoting the second half of the first season of Gotham. One of the fellow partygoers said he couldn’t wait to watch it. I felt sadly indifferent.

The last few complicated episodes before the mid-winter break hadn’t done much to whet my appetite for the rest of season one. But then I actually tuned in to tonight’s “Rogue’s Gallery” and saw the opening scenes in the infamous and, for Batman fans, shiver-inducing Arkham Asylum. Suddenly, I wanted Gotham to work very badly and actually take us into the dark, paranoid, and sometimes campy world of the Batman mythos.

Here’s the thing about Gotham: I’m torn. Sometimes I really enjoy it though I wonder if I only enjoy it because I’m a hardcore Batman fan. My favorite scenes were sadly short in the latest episode: baby!Poison Ivy and baby!Catwoman. The two of them are the strongest child actors in the show and if the show was focused purely on their beginnings in crime and struggling to become the powerful woman they would someday become, I’d be the biggest fan in the world. 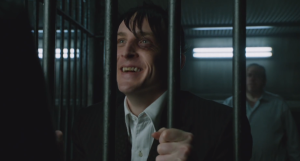 Unfortunately, Gotham still tries to make the interplay between the factions of the criminal underworld relevant. For some reason, there is nothing exciting about this subplot and Penguin and Fish Mooney leave me cold; perhaps it’s their hamming or the complicated yet oddly boring writing. I’ve read many Batman comics that focused on the criminal underworld of Gotham City and they were gripping so clearly, it can be done. The question is: why is Gotham failing at this?

Meanwhile, Jim Gordon (who looks terribly good in that security uniform) is perilously holding onto his job as a security guard at the dark and dank Arkham Asylum. Inmates are getting injured on his watch and now, someone in the asylum is electroshocking them. Is it a fellow inmate? One of the doctors or orderlies? Is it merely a monster-of-the-week? It’s up to Jim to find out, all while trying to not get distracted by the very attractive Dr. Leslie Thompkins (played by geek goddess, Morena Baccarin). 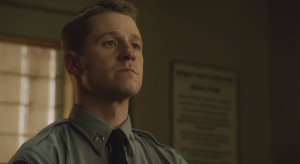 One of the troubling aspects about Gotham (and basically any show/movie that portrays a mental health facility) is how the residents are portrayed. There was a quick montage featuring Jim questioning inmates after the first electrocution which was played completely for laughs: from the music to Jim’s exasperation reactions, it was clear we were supposed to laugh at these mentally ill men. I found this disturbing.

Look, Arkham Asylum has never been a politically correct rendition of a mental health facility; it’s a gothic nightmare of insanity and violence. I get that. That still doesn’t mean I want to laugh at the residents of Arkham Asylum.

There was one definite high point in the Arkham Asylum subplot. During a particularly violent stampede after all of the residents’ cells are unlocked, the screams die down and a male laugh is heard off screen. A very… Jokery laugh.

Now, I’m one of those people who hate the idea of the Joker being many years older than Batman (Jack Nicholson, I’m looking at you) so I have no idea if that laugh was supposed to hint at the Joker already being an inmate of Arkham or was simply a ploy to get the viewers excited.

Overall, I wasn’t overly thrilled by the episode but I wasn’t terribly disappointed either. I will admit, however, I did rewind it to hear that mysterious laugh again. 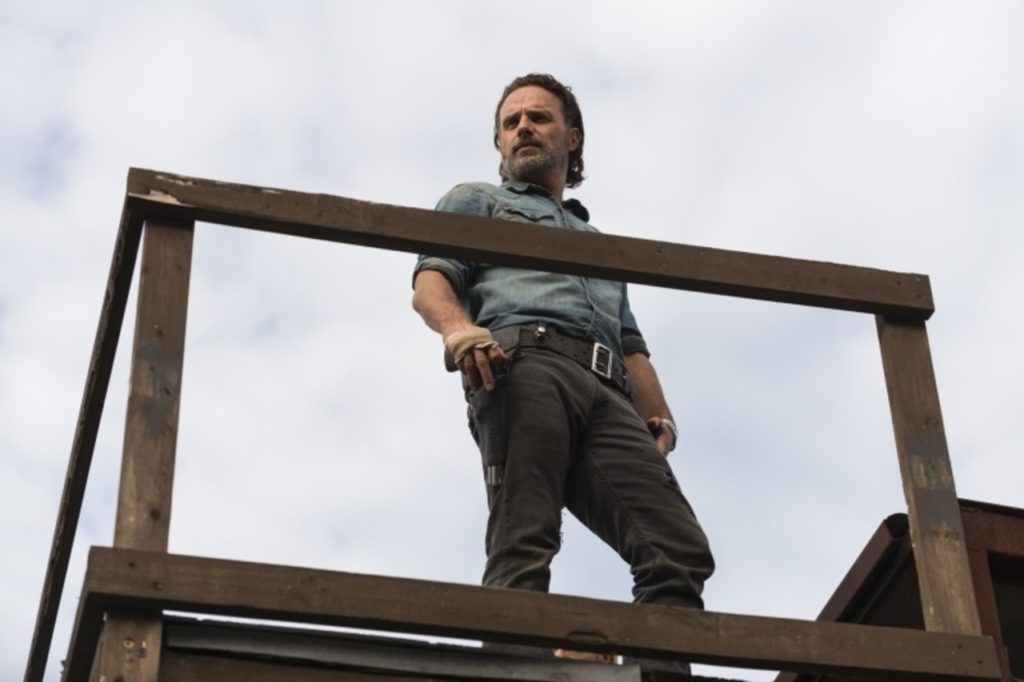 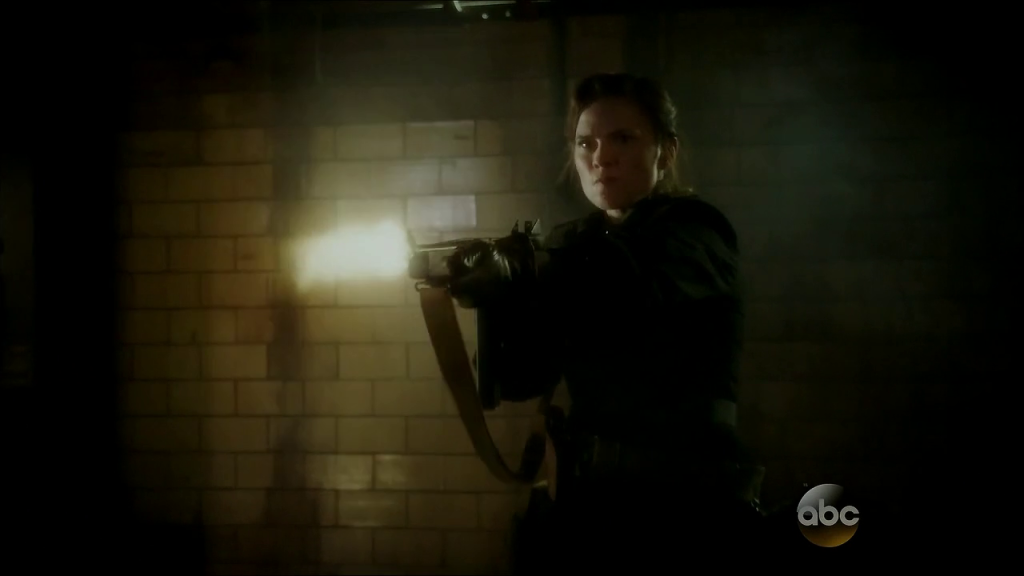 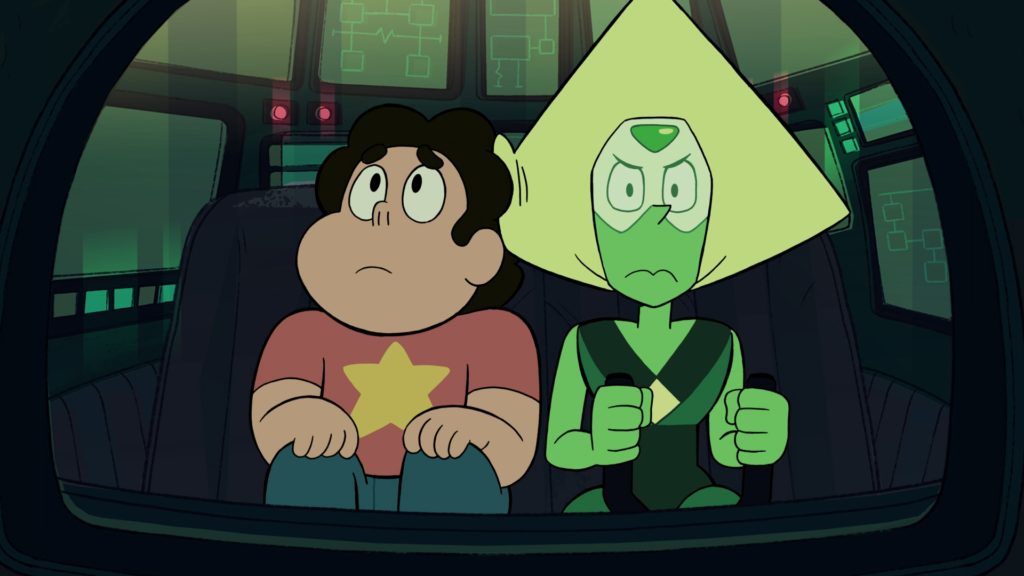