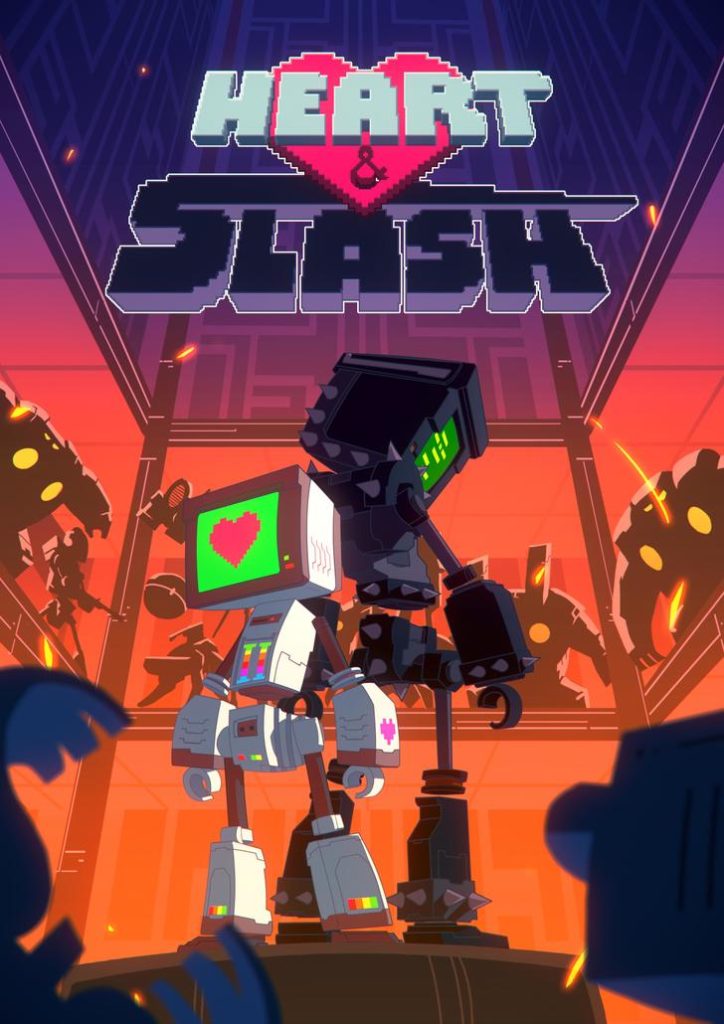 If you’ve been meaning to play Heart&Slash on PC then you finally can on August 9th, 2016! Get your fighting-robot ready!

While big name gaming companies do release a lot of exciting titles, some independent developers also end up creating interesting gems. Heart&Slash was originally funded on Kickstarter. The original release was for the PS4 and XboxOne. It also received a warm welcome by the Steam Early Access community. Now PC players will be able to experience the game as well. It’ll officially launch on Steam on August 9th, 2016.

“We’re beyond excited to leave Steam Early Access on such a high note. Our time there was invaluable. We got the opportunity to interact with and listen to a very passionate user base — using feedback to make Heart&Slash the game we always hoped it could be. Thank you, Kickstarter and Steam communities!” said Juan Raigada (Creative Director, aheartfulofgames).

Here’s the official synopsis for Heart&Slash:

“Take on the role of Heart, a malfunctioning robot, and fight for your identity against the monolithic QuAsSy (Quality Assurance Systems) — an evil machine obsessed with robots that look and sound the same. Meet Slash — dashing veteran of the Robolution. Can you capture Slash’s attention over several playthroughs? Fair warning: Each quest is an opportunity to woo (or anger!) the old-timer. Your choices will define the relationship between the two robots. Go for a killing blow, and you might end the relationship before it even begins. Choose love, and victory could slip through your mechanical fingers …”

Also check out the amazing trailer to get a feel of this fun game.

Heart&Slash will be available on Steam in all territories on PC (Windows/Mac/Linux) on 9th August 2016.

What do you think of Heart&Slash? Will you be giving this game a chance? Have you played it already? Let us know!