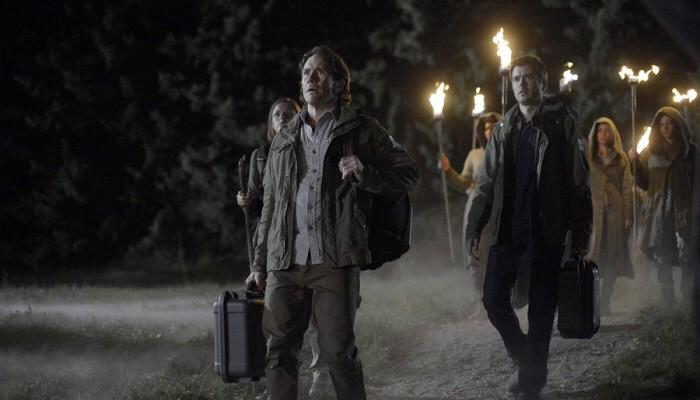 Syfy’s Helix is back, but this time, we are far away from the icy Arctic Biosystems. Instead, we are taken to a mysterious island, with a mysterious group of people running it. Just as we were completely isolated and claustrophobic in the Arctic, so are we on Saint Germaine Island. Also, the show runners really seemed to up the “squick” factor for this premiere episode, so if you are easily grossed out, you may want to tread lightly.

Warning: Minor spoilers ahead, and try not to eat while watching this episode. 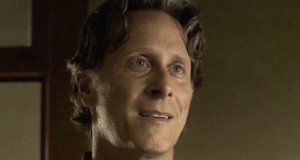 Following the same timeline format as season one, Day 1 opens with a team of CDC workers on a boat (still in open water) trying to determine what killed the ship’s crew and passengers. They seem to be infected with something affecting their digestive system. We are immediately familiar with two members of the CDC team: Dr. Sarah Jordan (Jordan Hayes) and Dr. Peter Farragut (Neil Napier), along with a newcomer, Dr. Kyle Sommers (Matt Long). We soon encounter a lone survivor on the boat, a seemingly immune woman named Leila. She gives the CDC some clues on what may have caused the infection: the crew took a side trip to small nearby island: Saint Germaine.

This is where the bulk of the episode takes place, as the CDC team believes that is where the ship’s crew was infected. While trekking through the island for clues, Leila’s behavior becomes erratic, and she runs off. During their search for Leila, the CDC team becomes surrounded by a group of robed people with torches. The group demands that the CDC team follow them to “the compound.” This compound is revealed to be an abbey, which is led by a mysterious man, Brother Michael (Steven Weber). It appears that this island is inhabited by some sort of religious cult, and they may just have the answers to the cause of the outbreak.

Elsewhere, we see another familiar face stopping off on Saint Germaine Island: Dr. Julia Walker (Kyra Zygorsky). Complete with her new bionic finger, Julia is encountered by a very strange, masked man who asks her repeatedly, “Do you know the way to San Jose?” Julia does not seem to understand the relevance of the question, or the answer, and the masked man kidnaps her and ties her up in a hut on the island. The strange man continues to question her, but after a while of getting no response, the man removes Julia’s brown contact lenses to reveal her silver eyes. The man removes his mask and introduces himself as Caleb. He agrees to help her find the source of an outbreak that is also endangering the immortals of Ilaria.

Overall, this was a great season premiere! There were so many twists and 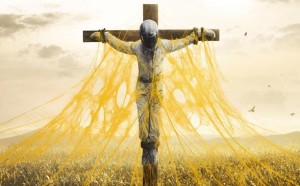 turns that, even with the play by play, there are surprises everywhere. It is great to see the old crew back, though Jordan Hayes and Neil Napier are credited as only guest stars. Completely absent from this episode is Sergio Balleseros (Mark Ghanime), but as a series regular, he will hopefully show up soon enough and provide some insight on what is happening on the island. New this season, Dr. Sommers is sure to provide some eye candy and comic relief to the slow burn for answers as is the pace for this show. Definitely back is the campy attitude of the show which is not afraid to make fun of science fiction and horror tropes, like the damsel in distress and mysterious leaders. For me, that is what makes this show so fun, not to mention that it is smartly written and well acted. There are still a lot of unanswered questions, however, with the most glaring (and one that got NO screen time): what happened to Sarah’s baby?

What did you think of the premiere episode? What is behind the infection? Who is Caleb? How do you feel about Dr. Sommers? What happened to Sarah’s baby? Let us know in the comments!