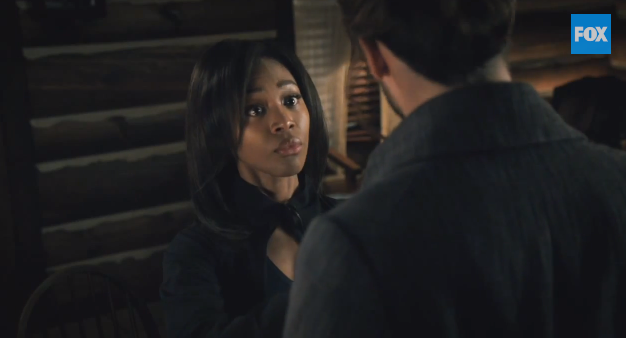 Sleepy Hollow has never shied from the fact that it is an extremely campy show with borderline silly premises. The show’s strength lies in the charismatic earnestness of the two main actors and, aside from Katrina, the crafting of dynamic and thoroughly likeable characters. Therefore, fans of Sleepy Hollow (myself and my sister among them) are quick to forgive the show for its more confusing subplots. Every once in a while however, an episode comes along that is not only confusing, but boring and just poorly executed.

“Pittura Infamante” was one of those episodes.

Simply put, “Pittura Infamante” was a dull monster-of-the-week episode featuring a mysterious, bloody painting, a Sweeney Todd-esque murderer who is neither interesting or scary, and a distressing lack of acknowledgment of the upcoming apocalypse. It was as if the end of the world is no longer a threat to the denizens of Sleepy Hollow and I’ve honestly forgotten where we left off with Henry. He hasn’t appeared in the last two episodes and with no more Moloch, the overwhelming threat of the show has been pushed to the backburner. While I am glad that the writers are attempting to stretch out the main plot, it just seems nonsensical that Abbie and Ichabod would be so blasé about the whole apocalypse thing. 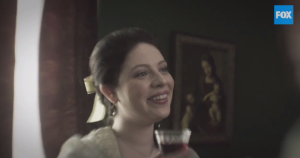 Also distressing was the absolute waste in using one of the most interesting, inspirational, and complex historical figures of the American Revolution, Abigail Adams, in a thoroughly dull episode. Feminists have long adopted Abigail Adams as an 18th century American hero but here, she was merely a bland woman in a corset. Played rather stiffly by a miscast Michelle Trachtenberg, this Abigail Adams was clever but more interested in solving crimes than the fate of women in her newly formed country. In an interview with Entertainment Weekly, Trachtenberg hints that Abigail Adams may appear again in Sleepy Hollow and if that is the case, then the writers need to work especially hard on accurately portraying this profound woman. Also, she needs to have someone else to talk to onscreen besides the insipid vacuum that is Katrina.

Once again, Sleepy Hollow tried to make us care about Ichabod and Katrina’s relationship. I just wish, once and for all, the writers and producers would realize that we literally care about every other characters’ relationships BEFORE Katrina and Ichabod. Had “Pittura Infamante” focused on Jenny and Abbie, or Jenny, Abbie and Irving, maybe the episode could’ve been saved. Instead, “Pittura Infamante” opened with Ichabod fretting over his date night with Katrina as Abbie looks on in barely concealed disinterest. The fascinating thing about Sleepy Hollow is that, aside from Ichabod, all the other characters seem to dislike Katrina as much as the viewers do. In a moment that was amusing to me, Jenny suggests they reach out to Katrina to assist the newly resurrected Irving and Abbie’s expression of displeasure was definitely reflected on my own as I watched. 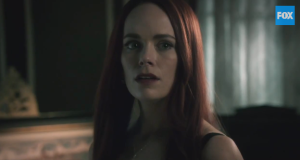 “Ichabbie” shippers probably delighted in the several moments that seemed to hint at a future romantic relationship between the two leads: for example, Abbie’s obvious disapproval at Ichabod attempting to reunite with Katrina, and Katrina’s look of disquiet when Ichabod declares that they should work together to stop the killer “for Abigail.” Which Abigail is he referring to? Adams or Mills?

Other than these moments and the return of Irving to the main plot, “Pittura Infamante” had nothing fresh or intriguing to offer the viewer. I do think it was the weakest episode this season and I truly hope that this is not the continuation of a sophomore slump for Sleepy Hollow.