I’m Proud to be a Social Justice Warrior 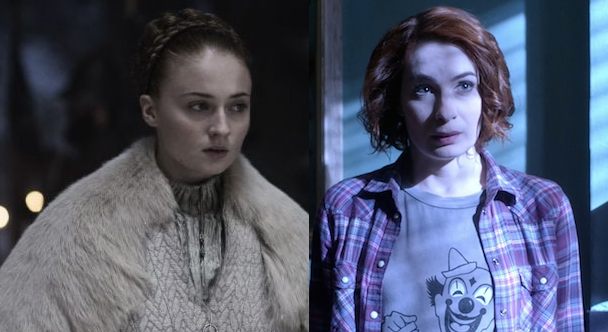 Trigger Warning: This article contains discussion about violence against women, rape, and abuse of other under represented groups.

We here at the Geekiary take representation very seriously.  It’s in our FAQ, after all, so it’s not exactly a secret.  Getting accused of having an agenda isn’t something new and, after so many accusations, we decided to put it on our About Page so that there was absolutely no confusion about where we stand on social issues.  But this past week we published two pieces that attracted a lot more attention from detractors than usual.  The first was a collaborative piece between Tara and myself called Seven Face of Sansa Rape Apologists, where we outlined the common arguments in favor of the rape of Sansa Stark on Game of Thrones.  The second was a piece by Emily titled Supernatural: A History of Violence Against Women, which looked at the popular CW series through a feminist lens, paying particular attention to the concept of Women in Refrigerators and, to a lesser extent, Dead Men Defrosting.  After publishing both of these pieces people accused us of having an agenda (see our FAQ), being biased, and, most commonly, being ‘Social Justice Warriors.’ Well, to all of those accusations I say… yes.  Yes, I am a Social Justice Warrior and I’m damn proud of it.  I’m a queer feminist socially conscious Social Justice Warrior who unapologetically calls out problematic content when I see it and I won’t be shamed for it. 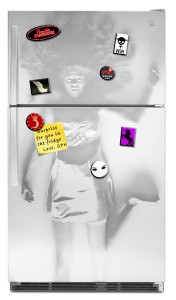 I find the idea of attempting to shame someone for standing up for underrepresented groups baffling.  Perhaps my years as an undergraduate at one of the most liberal public universities in the nation has conditioned me to see this action as default, but I really cannot put myself in the frame of mind where tearing people down for wanting better LGBTQ+, female, and POC representation is remotely the right thing to do.  The only way this action makes sense in my mind is that people see our analysis as a direct attack on them for enjoying that piece of media.  If I frame it that way, I can see why they’d have a knee jerk reaction, but I beg and plead for people to take a step back and look at what’s being said before taking this analysis personally.  A lot of us still love these pieces of media and our criticism is out of a desire to see it treat under represented groups with the respect they deserve.  I still love Game of Thrones and Supernatural, but these shows do have issues that I have no problem pointing out.  My analysis is not an attack on you.  It’s merely done to highlight an issue that seems glaringly obvious to me that isn’t being addressed.

Another argument I’ve seen used a lot against us is “that’s not what this show is about.”  Again, I’m baffled by this.  Why should representation not be commonplace in all media?  Why should representation be confined to only certain shows and not something that just is?  Why is the status quo filled with protagonists that are cisgendered heterosexual white men while women, LGBTQ+, and POC characters are pushed to the side, abused, and brutally killed in ways that align with the Women in Refrigerators concept?  To ask us to confine these issues to only select programming feels like we’re being told that we don’t matter, that we should accept the status quo of the majority programming, and that our representation is not worthy of mainstream consumption.  How is this remotely an okay argument to make?

We aren’t asking for there to never be a show with a cisgendered heterosexual male protagonist ever again.  In fact, I like a lot of actors who fit into this category and I don’t necessarily wish unemployment upon them.  We aren’t even asking for rape and other acts of sexual violence to never again make an appearance within a fictional narrative.  We are simply pointing out patterns that have emerged in the media we love and why we feel it’s a problem.  This issue is much bigger than these two shows, but these are what we love, what’s happening now, and excellent examples of these system wide problems.  In a way I wish these were isolated examples because then it’d mean that media is doing something right, but sadly this is the norm.  All we want is for the norm to be better than this.  We want the media we love to be better than this.

So yes, I’m a Social Justice Warrior.  I care about representation.  I want mainstream media to be analyzed critically and evolve into something more representative of our demographics.  I also want media to be respectful of our generally universal values regarding under privileged groups, such as what should be a pretty standard view against sexualized and gendered violence.  This is not an attack on you or what you love.  This is an analysis.  It’s a critical look at something that I consider important enough to warrant being dissected.  If I didn’t love it or consider it valuable, I wouldn’t bother wasting my time looking at it critically.  So before you resort to name calling just consider what is actually being said before disregarding it as “SJW crap” and defending the status quo.  You might actually agree with some of what we’re saying after all.