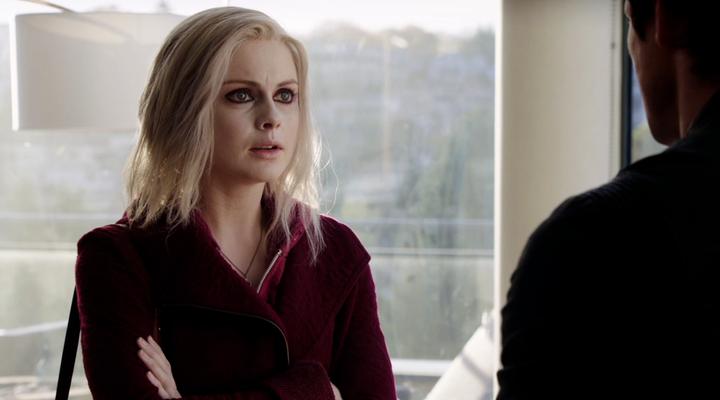 Oh, Show. Every week I faithfully watch iZombie because it is actually quite delightful, and after last week’s series of bombshells at the end, I was holding my breath during “Patriot Brains” that all would be redeemed. And mostly everything worked itself out like it always does on this show because the characters know how to communicate to each other. But that ending this week: it was rough. Maybe Liv can get over the loss quickly, but I know that it will take me significantly more time.

Let’s get the first thing out of the way: Ravi is not a zombie! One of those little bombshells that went off last week was the threat of a zombie Ravi after he was bitten by the rat. Luckily he was spared as it appears that the zombie affliction does not jump across species. Since Ravi is one of my favorite characters on the show, I am over the moon about this. (Although to be fair, I sometimes want him to be a zombie just so he and Liv can be together.) 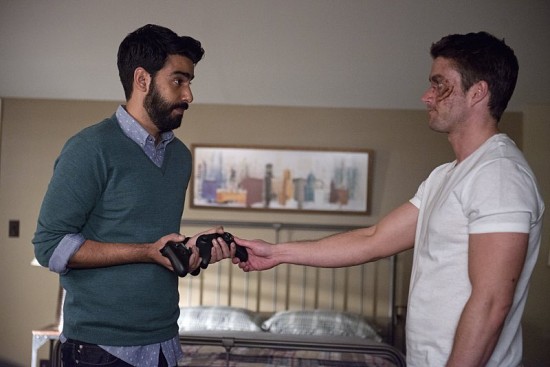 Another issue that was brought up last week surrounded Major and his hunt for the Candyman. Major just can’t catch a break. He has had so many run-ins with Blaine’s crew that he is YouTubing how to use a gun. This can’t end well. I continue to have Major grow on me more and more, but at this point, Ravi really needs to tell Liv his concerns about Major so she can tell him about being a zombie. He deserves to know!

The Brain-of-the-Week was a bit boring this episode, but that is probably because so much of the side story lines were so satisfying. I loved the paintball and Liv getting a taste of the soldier lifestyle, but it didn’t really hold my interest. The victim’s kid, however, was hilarious! When she told Liv that she looked freaky and asked why she was so pale, I lost it. Thank you, Kid, for asking the right questions. Moments like that are why I appreciate the writers of this show so much.

Of course, we have to talk about Lowell. Let’s take a moment together. Do you have your tissues? That ending was like a punch in the gut. A lot of “Patriot Brains” revolved around the ever-shifting relationship between Liv and Lowell. I was really rooting for them! There is something about Lowell that made Liv feel alive, and I really enjoyed the feelings of hope that she had when she was with him. The rooftop scene with Blaine was very well-acted. I actually felt like Bradley James was Lowell, and that he was telling his girl that he loved her. I usually have a fairly easy time letting go of characters that get killed off on shows because I can suspend enough reality to know that it is just a story. But this one hurt. It’s 24 hours later, and it still hurts.

How hurt are you about Lowell? How will this play out for Liv? Leave a comment and let’s grieve together.