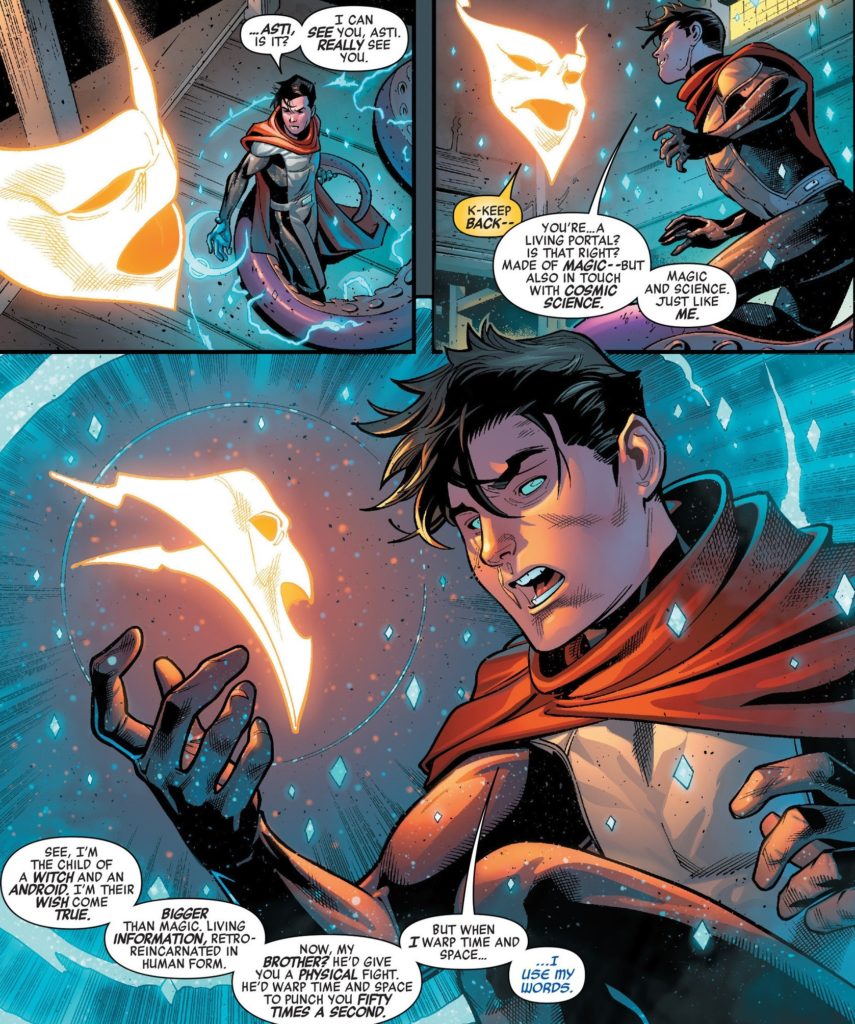 We’re almost at the finale of the exciting A.I.M vs. S.H.I.E.L.D arc in New Avengers and Issue 16 delivered a lot of action-packed panels.

Al Ewing has done a great job writing the New Avengers series. We have had enjoyable character moments throughout his run. He even gave us a queer female couple to root for. That is why even though the New Avengers is coming to an end I’m looking forward to the kind of stories he’ll tell in U.S.Avengers.

Issue 16 was full of hero vs. villain fights. Showing an awesome fight sequence can be tough but the art team made up of Paco Medina, Julian Vlasco and Jesus Aburtou has been doing a splendid job in the series. They showed a lot of movement in the characters and it made the action-packed panels really stand out.

The only complaint I have was how Wiccan’s powers were toned down. He was able to take down Asti in a few seconds. All he had to do was say that he was a bigger deal than Asti in the current reality and the magical evil portal was done for.

Wiccan is one of the most powerful characters in the Marvel Comic Book Universe. It disappoints me to see that like other powerful characters his powers have to be toned down when working with team members. Billy could have taken down all of the villains by himself but Al Ewing didn’t allow him to.

This is something I really have a problem with because a lot of other writers do this kind of thing. Storm’s powers get toned down a lot during team missions. All she does is throw lightning at her opponents so that other X-Men can get their time to shine. It is as if she completely forgets that she has control over nature’s fury. The same holds true for Raven from DC Comics. The daughter of a powerful demon doesn’t do half of what she is capable of during team fights. That is why I was disappointed to see that Wiccan was made to share the same fate.

An interesting thing that happened during the fight scenes had to do with a text that Hulkling received. I know that the final panel showed Garret shoot Roberto da Costa right in the head. However, I do think that it wasn’t the real Roberto and we saw a shape-shifted Hulkling get shot instead. We’ll have to wait for the next issue to find out but I have a feeling that my prediction is going to come true.

What did you think of the New Avengers Issue 16? Let us know!