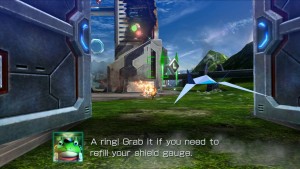 The March 3rd Nintendo Direct promised updates on upcoming Wii U and 3DS titles, and it certainly delivered. With forty minutes of nonstop coverage, there was a lot of information delivered to the fans today. Here are a few highlights.

The Direct opened with new information on Star Fox Zero, a game that was originally promised to release this past holiday season. The map system in the game will be similar to that of Star Fox 64 with its alternative paths, however the alternative paths will now be shown as visible teleporters within the levels. Additionally, it has been revealed that the Fox Amiibo from the Super Smash Bros Amiibo series will unlock an original SNES Arwing model that you can use in the game.

A few years ago, a Wii U demo game called Project Guard was shown at E3. The guardian mini-game has now been developed into a Star Fox themed game called simply Star Fox Guard. Both games will be released on April 22, and will come bundled together, although they can purchased separately in digital format.

Squids and kids everywhere can start getting excited over Splatoon updates coming this year. There will be improvements to certain gear abilities as well as the ranked battle matching system. More information will be provided on splatoon.nintendo.com as the time draws closer for the updates to take place.

Splatoon isn’t the only popular game receiving an update this year. Super Mario Maker will now feature keys and key doors for makers to utilize in their levels. This means that mandatory boss fights can now come to fruition by making enemies hold keys that will be dropped after defeat. There will also be a new gameplay mode that will unlock new costumes for question-mark mushrooms.

Mario and Sonic and the Rio 2016 Olympic Games was briefly looked at during the Direct. The newest title in this series will include new events such as rugby and rhythmic gymnastics, and will feature graphics based on the real Olympic stadiums in Brazil.

Pokken Tournament is set for release on March 18. The single-player mode of the game will start players with easy opponents and slowly increase in difficulty over time. The player can earn in-game currency to purchase clothing for his or her avatar. Of course, like a good fighting game, each Pokemon will have unique abilities. Also of note is that only the first production run of the game will include the Shadow Mewtwo Amiibo card, so if you want to truly catch ‘em all, you’ll have to purchase the game early.

Also coming soon to the 3DS is Hyrule Warriors Legends, the mobile counterpart of 2014’s Hyrule Warriors for Wii U. This title, much like the original, will have extensive DLC. Players can purchase a DLC season pass which will provide access to four DLC packs, and a bonus Wind Waker Ganondorf costume. Hyrule Warriors Legends will include instructions on how to connect 3DS data to the Wii U version so that all of the new characters being released can be used on the Wii U version. Everyone will have access to Wind Waker’s Medli, who will become available as a free download for the 3DS and Wii U versions on the launch day: March 25.

Bravely Second: End Layer will feature new jobs such as Wizard and Catmancer. Yes, catmancer. Catmancers can learn the attacks of enemies and then summon cats to perform these attacks in exchange for treats.

On a similar train of thought, Metroid Prime: Federation Force for the 3DS will play similarly to an RPG depending on what types of items the character carries. Items will be dispersed among a team of characters based on weight limits of what a character can carry, so every player must decide what types of items he or she wants to carry. For example, players who carry a lot of missiles will become more of a warrior type character than a player who carries more healing items. RPG fans, think of this mechanic as a sort of unspoken class system.

The last big reveal was Kirby Planet Robobot for the 3DS. In this game, Kirby will have access to 25+ copy abilities as he takes on new enemies who have invaded Dreamland. In addition, Kirby can now don a robot armor that can also copy several of the abilities of enemies, just like Kirby. Tapping Amiibo will also provide Kirby with a variety of copy abilities depending on the Amiibo. New Kirby-themed Amiibo are on the way including new variations of Kirby, Meta Knight, King Dedede, and a newcomer, Waddle Dee. Every Amiibo will be compatible, although which specific abilities they unlock has yet to be seen. There will also be a new mode that allows up to four players to take on bosses at once and gain experience points. 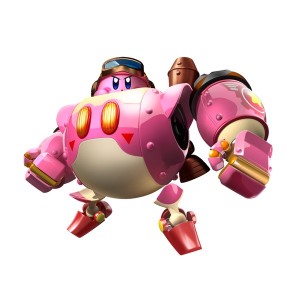 Although it was not the high point of the Direct, the fastest approaching date for Nintendo fans to anticipate is that of the Twilight Princess HD launch tomorrow. 2016 looks to be an exciting year for Nintendo lovers with lots of new content coming sooner rather than later.