Five Reasons to Get Excited for Twilight Princess HD 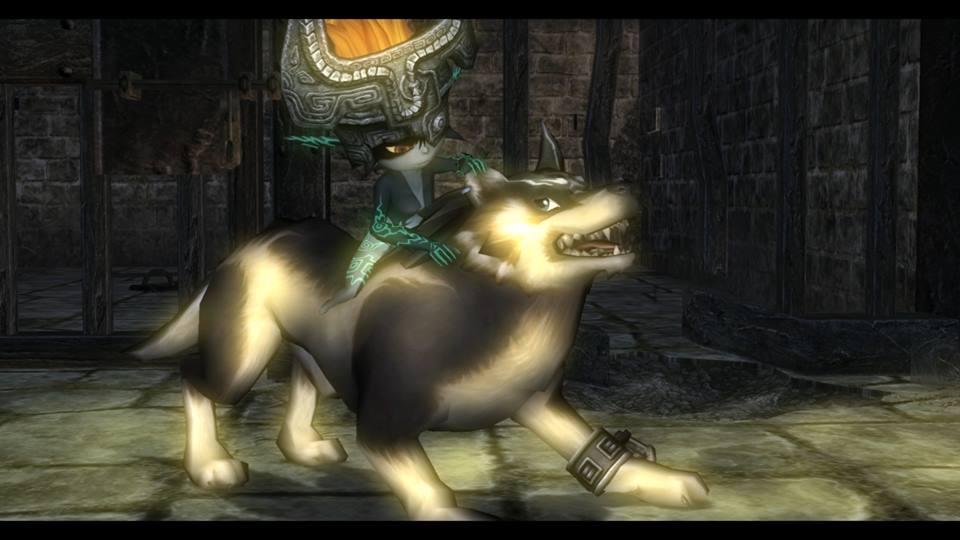 In just a few weeks, Twilight Princess HD will launch for the Wii U.

Now, I know that many Nintendo fans are thinking, “Really? Another Zelda remake? Are they just going to remake all of the Zelda games before putting out a new one?” Maybe so, but that isn’t necessarily a bad thing. The release of Twilight Princess in HD is not just another rehashing of some tired old game. Here are five reasons for everyone to get excited about this classic title making a comeback.

Ever since the Wii U launched in 2012, Nintendo fans have been spoiled with HD graphics. Even Nintendoland was a graphic masterpiece, and it was a launch title. Recently when I decided that I wanted to go back and replay Twilight Princess, I was really disappointed that it wasn’t as pristine as I remembered. Everything felt blocky and poorly colored. With the magic of high-definition, this could be one of the most beautiful Zelda titles to date. Even Wind Waker, whose art style and color schemes have held up well over the years, looked immaculate when it was re-released in HD. Between the postcard moments such as going to Lake Hylia to watch the sun rise and the other amazing landscapes the game explores, high-definition will only make the experience that much more enjoyable.

As an avid Amiibo collector, I was filled with joy when I saw that tiny statue of Wolf Link during the Twilight Princess HD announcement. However, Amiibo clearly is not just a collector’s item. Toys-to-life is unquestionably one of the biggest innovations in gaming culture over the past five years. Nintendo has revealed that the Wolf Link Amiibo will unlock a new dungeon similar to the original Cave of Ordeals, and that other Zelda series Amiibo will provide a variety of uses in-game such as refilling hearts or arrows and changing the difficulty of battles. A tweet from Nintendo has also confirmed that the Wolf Link Amiibo will be functional in the next Zelda game for the Wii U, although that function has yet to be described. Needless to say, there will be plenty of potential for some very fun ways to interact with the Amiibo beyond admiring them on a shelf and battling them on Smash Bros.

Some people play games just for the enjoyment of playing a game, but if you are a Nintendo fan, then there is a good chance you also enjoy the storytelling element. Who can forget that iconic opening cutscene of Princess Zelda dropping her sword and Zant taking control of Hyrule? Twilight Princess was the first game I ever played where I actually felt like the hero of an epic tale. When I pulled the Master Sword from its resting place for the first time in this game, I was hooked. Zelda and all of the people of Hyrule and the Twilight Realm were relying on me. Not to mention, fans have been in love with the impish Midna ever since the game first came out ten years ago. Twilight Princess is a true adventure game with a massive world to explore, many colorful characters to meet, and fun sidequests to keep you busy. You will certainly not get bored reliving this dimension-transcending tale.

Much like Wind Waker HD, it can be expected that Twilight Princess HD will have updated controls to be compatible with the Wii U GamePad. This may come as a disappointment to some. The original Twilight Princess had the most comprehensive controls between the two Zeldas for the Wii with its nearly seamless item switch mechanic and lack of one-to-one sword control (sorry, Skyward Sword). Even though this system seems essentially flawless, change can be good. Can you even imagine playing Wind Waker without the GamePad anymore? What did we even do to look at the map back on the GameCube? Press a… button? The Wii U GamePad continues to impress with its array of control possibilities despite its clunky appearance, so it can only be assumed that updated controls for Twilight Princess will be a positive change.

Every time a new Nintendo console comes out, it is almost a guarantee that there will be a new game from all of the beloved main franchises. I think it is safe to say that when fans first got a glimpse at the upcoming Zelda Wii U, everyone was immediately impressed. The sheer scale of the game looks incredible with its massive open-world format. We still don’t know much about this title beyond some of the concepts that the developers want to incorporate, but Twilight Princess HD looks to be a great segue into this new Zelda title. After all, can you think of another Zelda game with as much explorable overworld as Twilight Princess? Not even Skyloft or The Great Sea has as much for the player to investigate and discover. Being able to traverse the massive Hyrule Field and other areas of Twilight Princess in high-definition may be a comparable glimpse at what Zelda Wii U might be like. Hopefully, Twilight Princess HD will just be a fraction of what is in store for later this year.
2015 looks like it was the beginning of a Renaissance period for Nintendo. With the launch of Mario Maker last September and its continued popularity, the return of Star Fox to home consoles, and even an interesting new Pokemon game with Pokken, Nintendo fans everywhere are finding new ways to interact with the characters they love. The Legend of Zelda is one of the most beloved game franchises of all time, and even though Twilight Princess may not be as widely popular as some of the other titles in the series, it is definitely something to look forward to early next month.

Previous:Lincoln Cole talks about ‘Second Chances’!
Next: ‘The Magicians’ Gets Renewed for a Second Season by Syfy!