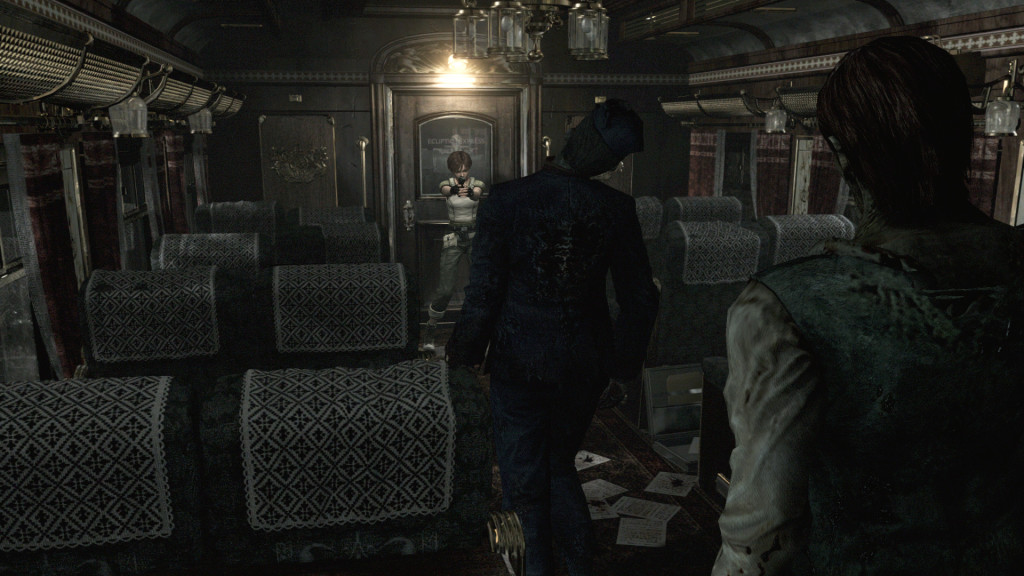 Resident Evil 0 HD Remaster takes players on a journey that serves as a prequel to the Resident Evil series with improved graphics.

Resident Evil 0 has been keeping me wait for years to play it. The title was released back in 2002, but as I didn’t own a Nintendo GameCube I was unable to experience what it offered. Nor was I able to play the Wii port in 2008. That’s why I was excited to know about Capcom’s plans to release a remaster of the game for modern consoles. And while the HD remaster has its faults, I found it to be quite enjoyable.

As the title implies, the events that transpire in Resident Evil 0 occur before the story in Resident Evil 1. It stars rookie S.T.A.R.S officer Rebecca Chambers and convicted criminal Billy Coen as they try to survive the zombie threat. The plot of the game is quite straightforward, and considering the game originally came out back in 2002, the voice acting is sometimes cringe-worthy — the opera singing villain is hilarious.

What Resident Evil 0 does get right is presenting new gamers with the atmosphere that made the R.E game franchise a success all those years ago. The game starts with Rebecca entering a train full of zombies, mutated dogs, and giant insects. That’s where she meets Billy and the two decide to work together in order to survive.

The pre-rendered environments have been greatly improved. I liked the little details Capcom put in. You can notice empty bottles rolling around, and curtains flying, as you make your way through the moving train. Once you have completed the levels on the train, Billy and Rebecca find themselves in an Umbrella training facility that looks like a mansion. Keep in mind that it’s a different mansion than the one that served as the main setting in Resident Evil 1. And by the end of the game you get to see Rebecca making her way towards the second mansion and lead to the events that occur in R.E 1.

Resident Evil 0 is also the first game in the series that introduced the character swap feature that made Resident Evil Revelations 2 a success. You can freely swap between Rebecca and Billy during the game, and make use of their different abilities. As Rebecca is a medic, she can mix herbs, while Billy can take more damage from enemies and push around heavy objects. I found the whole thing a bit stereotypical at first, making the female character comparatively much weaker than her male counterpart. But I guess R.E 0 wanted to make both characters different. If Rebecca were able to push around heavy objects, too, then there would be no need to have Billy around.

It is similar to how they decided to give Moira Burton a flashlight and a crowbar in R.E Revelations 2 when both of these things could’ve easily been carried by Claire. The developers wanted players to play with two characters in R.E 0, and so they decided to make Billy the strong one and Rebecca the healer for a different gameplay experience.

While both characters can only carry six items each, with larger weapons taking up two inventory slots, between the two of them they can carry twelve items in total. R.E 0 emphasizes a lot on inventory management. You will need to swap items between Rebecca and Billy, and decide which items to leave on the ground and come back to pick up later.

The R.E franchise has always given players a limited inventory and that adds to the tension. I know some fans would prefer having the storage chests so they could pick up items they put in at different areas as they play the game, but I always found that mechanic to be fake (even for a video game). Dropping items and coming back to pick them up adds a sense of reality in R.E 0. 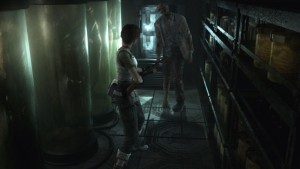 There are a lot of puzzles in R.E 0 and you will need to use both Rebecca and Billy to solve them. I missed solving puzzles in the recent R.E games, especially R.E 5 and 6. Solving each puzzle in R.E 0 gave me a sense of completion, feeling like a genius whenever I entered the correct passcode, or found the correct key to unlock a door.

The fixed camera angles are still there and it makes it easy to miss picking up important items, or not notice documents. That’s why you need to make sure to explore the whole area you’re in. The game also gives players the option to select the traditional tank controls if they prefer.

A new addiction to R.E 0 is the unlockable Wesker Mode. I don’t know what Capcom was thinking introducing such a mode. I wasn’t expecting a different story, but I surely wasn’t expecting Capcom to paste Wesker’s physical appearance on Billy. They didn’t even try to make the cut-scenes different or change the voice acting. It’s weirdly hilarious!

Playing as Wesker (in Billy’s role) gives you access to his Uroboros viral powers. You can run at incredibly fast speeds and take out enemies with psychic blasts. Again, it’s a mode that doesn’t take itself seriously but gives players good replay value. Who doesn’t want to blast off zombie heads with psychic attacks?

In the end, the Resident Evil 0 HD remaster delivers nostalgia to previous players of the franchise, and brings back the horror-survival roots for new gamers. While Rebecca Chambers and Billy Coen aren’t the most complex characters in the franchise, they are still fun to play as during the game. It is B-grade horror at its best, complete with one-dimensional villains and cheesy one-liners.

Having said that, I am a fan of Rebecca Chambers, and it’s good that Capcom remembers the first ever female character in the franchise (canon-wise) who experienced the zombie threat. She recently played a major role in Biohazard: The Stage, and will be starring alongside other R.E veterans Chris Redfield and Leon Kennedy in the up-coming CG film.

Did you play Resident Evil 0 HD remaster? What did you think of the remaster? Let us know!