Have You Seen the Trailer for “Doctor Strange” Yet? 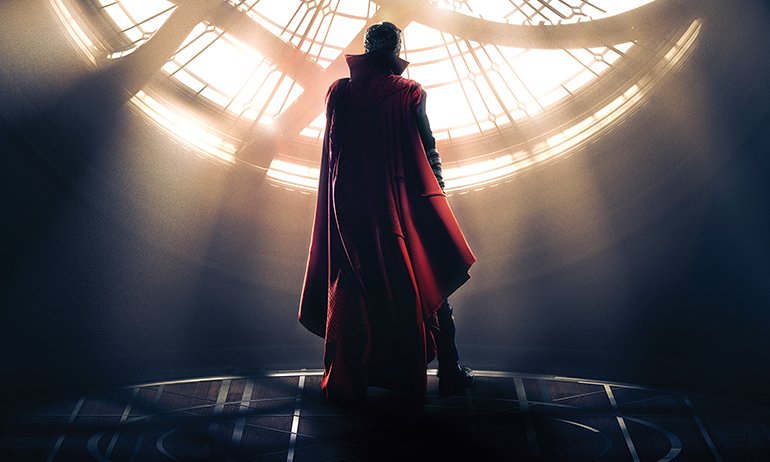 The first trailer for Marvel’s Doctor Strange, starring Benedict Cumberbatch, dropped last night on Jimmy Kimmel Live, and it looks sort of like a Matrix/Inception mashup.

From what I can gather from the footage in the trailer, Doctor Strange seems to be yet another origin film. Of course, I could be totally wrong, and the entire origin of the character is done in the first fifteen minutes and they just shoved it all in the trailer so you would know what’s going on when you’re going into the theater. But for those of you who may not know what’s going on, allow me to explain.

Doctor Strange is the alias of one Stephen Strange, a talented and egotistical surgeon who only cares about money and not saving lives. He is unable to continue performing surgery after his hands are injured in an accident; being too proud to do anything less, he combs the globe for a way to restore his hands. At last his search leads him to the Ancient One, a magician of sorts in the Himalayas who has strange (get it?) powers and spins tales of other realities.

It may seem like a risky move to bring such an…interesting…character into the Marvel Cinematic Universe, but considering the relative success of Ant-Man and Guardians of the Galaxy, I don’t think Doctor Strange will suffer too much. At this point, most people will go see anything if it has the word “Marvel” somewhere in it – and I’m including myself in that.

The backlash over the casting of Benedict Cumberbatch in the title role seems to have died down somewhat (although I’m sure there are still plenty of people who are upset and intend to express that by not seeing the film). Yes, Marvel had the opportunity to cast someone in the lead who wasn’t white, but considering Strange’s ethnicity is ambiguous, it’s not like they really whitewashed the character…. Not like they did when casting Tilda Swinton as the Ancient One, who in the comics is a bald Asian man. Oh, the Ancient One is still bald, and kudos on the gender-swapped casting, but there are plenty of Asian actresses who would have fit the role nicely. Indeed it seems the only character who remains Asian is Strange’s sidekick, Wong (played by Benedict Wong). Shocking.

The trailer shows glimpses of Chiwetel Ejiofor (Baron Mordo) and Mads Mikkelsen (who is playing the antagonist but no one yet knows which one) in addition to Cumberbatch and Swinton. It also seems to lean more towards Strange not being as much of a jerk in the film as he tends to be in the comics.

Check out the trailer and let us know what you think!

Doctor Strange will be released October 28 in the UK and November 4 in the US.