The Walking Dead 7×15 Review: Something They Need 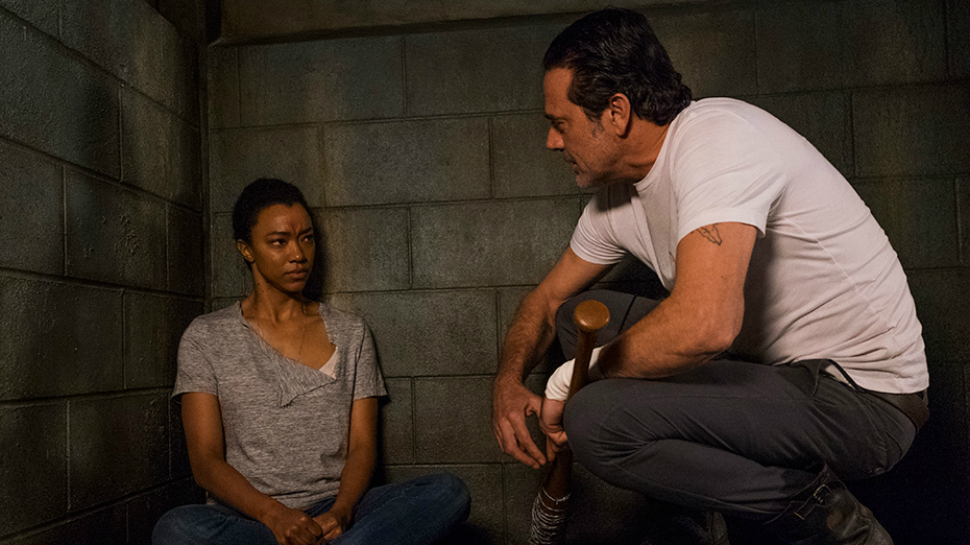 And just like that, after watching “Something They Need”, I’m once again glad that we’re nearing the end of this season of The Walking Dead.

Seriously, was anyone else bored out of their mind during “Something They Need”? I have to assume that I wasn’t alone in feeling that way; I had to outright remind myself to pay attention at least three times during the episode. You would think they wanted to continue building up momentum in this penultimate installment in season 7, but instead everything just seemed to, well, practically stall out.

Having said that, I definitely raised my eyebrows just about as high as they would go a few times during “Something They Need”. For instance, is it really a good idea for Daryl to be out and about with Rick & Co.? What happened to his needing to hide, or to at least keep a low profile? Regardless of what he WANTS to do, everyone is in even more danger with Negan if Daryl is discovered palling around with them like nothing’s wrong.

Granted, they were all the way out at Oceanside, which Negan apparently knows nothing about. That whole story line was pretty anticlimactic – for a show that we’re constantly told is about the people, not the walkers, said walkers were just about the only interesting part of Oceanside in this episode. I suppose at this point I’ll just assume that we haven’t seen the last of those women; after all, they could still join the fight against Negan, though at this point it may be more likely that they’ll continue to be a minor plot point. 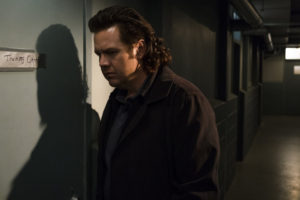 Speaking of anticlimactic, the same goes for basically everything that happened with Sasha. Not only that, you know, we *totally* needed to see that random Savior (Dave? Davey?) threaten to rape her! Because rape should totally be used as a plot device! (Yes, I’m being extremely sarcastic.) Seriously though, there are a lot of ways they could have driven home the fact that Negan doesn’t allow his men to sexually assault people and any one of them would have been better than this nonsense.

On top of that, I wasn’t happy to have to admit that Eugene is absolutely milking his new situation for all it’s worth and not just faking it until he can go back to his real friends. Which sucks not only because I hate being wrong but because it makes me feel icky about Eugene, and I was really growing to love that character. Sure, he agreed to help Sasha when she said she wanted to die…but of course Sasha was playing him and really just wanted him to give her something with which she could attempt to kill Negan, so the poison pill he passed to her isn’t going to do much good in that regard. I guess if anything, “Something They Need” actually made me wonder what Sasha is possibly going to do next. I mean, I almost actually *care* about what choice she’s going to make. Almost. 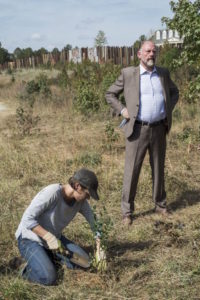 Other than Gregory pulling out the map of Virginia and asking one of his people to drive him somewhere, the Hilltop portions of “Something They Need” were predictable and unnecessary. We get it – Gregory is basically incompetent, he sees Maggie as a threat, and he wants to get rid of her. All of this was already driven home in previous episodes and in my opinion was no more than a waste of the viewers’ time.

“Something They Need” wrapped up with Rosita back at Alexandria – and Dwight is there too, claiming that he wants to help them fight Negan. With just one more episode left this season, my guess is that we aren’t going to see the conclusion of said fight…so what I’m wondering is, what are we going to see? And who else isn’t going to make it out of season 7 alive? Or will TWD pull a[nother] fast one on us and save any major character deaths for the start of season 8? Let us know what you think in the comments!