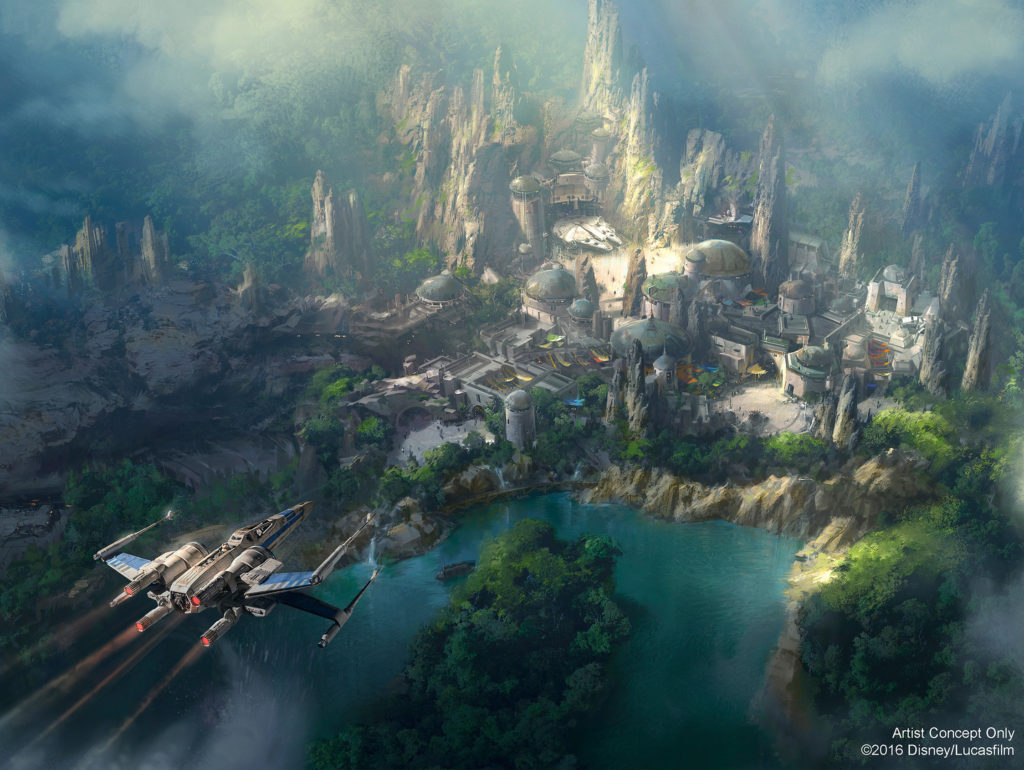 It’s been about eighteen months since Disney CEO Bob Iger announced the building of Star Wars-themed lands at each Disney amusement park, but now we finally have an end date: 2019.

Construction started on these lands last April, and The Hollywood Reporter reported today that Iger revealed the parks’ opening dates on a phone call with investors. 2019 is also the year that Star Wars: Episode IX comes out in theaters; what a fitting way to mark the end of the current arc of the beloved franchise. When completed, the 14-acre attractions will be the largest single-themed lands at either Disneyland or Walt Disney World.

We don’t know a whole lot about the upcoming Star Wars Lands that will be opening in Anaheim and Orlando other than some concept art that was released last year. A Disney Parks blog post encourages fans to closely examine the overhead shot of the park for hints as to what attractions will be available, “like the Millennium Falcon peeking out of one of the cargo bays, marking the location where guests will get the opportunity to pilot the fastest hunk of junk in the galaxy”.

At each location, guests will be transported to a never-before-seen planet – a remote trading port and one of the last stops before wild space – where Star Wars characters and their stories come to life.

There have been other tidbits released, such as there will be some sort of ride or attraction that puts visitors in the middle of a battle between the First Order and the Resistance. Some of the settings will include iconic spots like the Creature Cantina. From the description, it sounds as though they intend this to be one location, but it could very easily be a combination of several locations from the Star Wars universe the way WDW’s new Fantasyland manages to seamlessly integrate settings from Tangled, Beauty and the Beast, and The Little Mermaid, to name a few.

Really, there are endless options for a park like this, and it will hopefully be as immersive an experience as the new Diagon Alley expansion in Universal Studios. I want to walk into that land and feel like I just set foot on another planet. Also, I better be able to come out of there with my own lightsaber. (FYI, certain stores in Walt Disney World allow you to build your own lightsaber, so I imagine that will find its way to Star Wars Land as well.)

I do hope that they change the name. I mean, Star Wars Land just sounds so blah; Disney has enough money that they can hire people to come up with better names.

What are you guys hoping to find at Star Wars Land? And a far more important question, what would you name it?