Steven Universe is a show which loves avoiding outright villains. It loves creating plots where conflict is caused by circumstance as opposed to bad people, and supports the idea that goodness can be found in anyone. Yet in a single week, we’ve been reintroduced to two characters who might truly be beyond redemption, Marty in “Drop Beat Dad” and Kevin in “Beach City Drift.” While Marty is undeniably vile, he doesn’t set out to be. His jerkishness is a byproduct of his selfishness. Kevin is a different beast: that rare person who sets out to deliberately antagonize others, just for laughs.

It’s a sympathetic situation. I think everyone can remember that one person— maybe an ex ‘friend’ or partner, an old teacher, or even some complete stranger– who was so terrible that just the thought of them still makes your jaw clench. In this episode, Connie and Steven set out to fulfill a wish that will resonate with much of the audience; the chance to stand up to that person and put them in their place.

And it doesn’t work.

Both of them were incredibly affected by Kevin’s interactions with them as Stevonnie and the panic attack he caused them. That cannot be denied or escaped, and they have a right to be angry about it. But there are different ways to cope with anger, and in this episode, they initially chose to fixate on it. Instead of making them feel better, Steven and Connie acted as an echo chamber for each other, heightening those bad feelings and putting each other in a genuinely dangerous situation.

“What’s the best reason to fuse?” 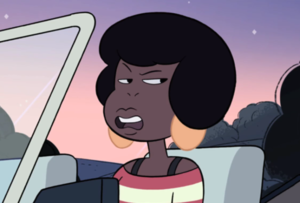 It’s spelled out in the fusion short, but that’s the underlying theme that’s been present in literally every fusion-centered episode. The two previous times that Stevonnie was formed were accidental, coming out of moments of pure joy as the two of them enjoyed each others’ company. This was the first time Stevonnie was formed on purpose, and it was motivated out of a desire to get revenge. As soon as that goal was threatened, Stevonnie became unstable, and broke apart.

But then, Steven and Connie did what is truly important with fusions: they talked it out. Communicated. And then they came back together, and Stevonnie was formed out of the desire to support one another, and try their best for the sake of it. Love over hate. Garnet would be so proud.

Beach City Drift was charming, and the music was freakin’ rad, but I imagine it will end up resonating most with those in the audience who are more familiar with the genre it was paying tribute to.

Thus ends week one of the Steven’s Summer Adventure event. Six episodes, lots of laughs, lots of feelings. And, besides perhaps “Mr. Greg,” a consistent pattern of Steven getting more and more comfortable with his Gem powers. If he can fuse deliberately with Connie-the-human, is a Gem next? 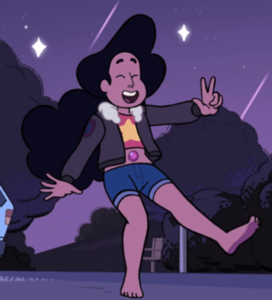 Who’s excited for week two? For more SDCC goodies from the cast and crew? Let us know in the comments!