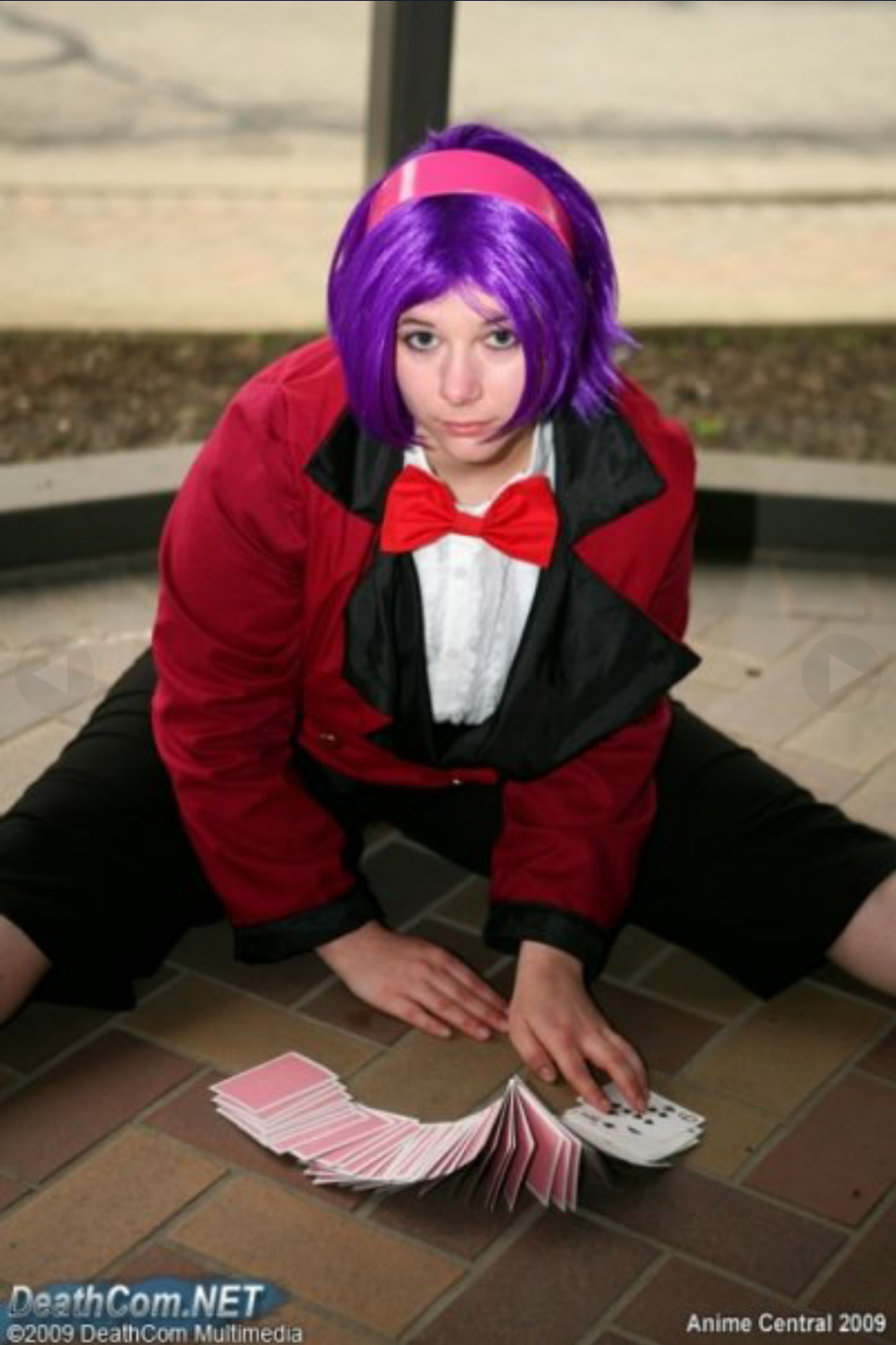 Sadly I missed posting this ‘on time’ this past Friday, but I didn’t want to leave out any of the awesome cosplayers who I had the fortune of interviewing, so here’s a Monday installment of The Geekiary’s Summer Cosplay Series! It’s my second to last interview of the year, in fact, and features another friend of mine – and one of our awesome Ice & Fire Con volunteers – Theresa!

One of my favorite memories as a little girl was making iron on puff paint Christmas sweaters and sewing garments with my grandma. Those are cherished memories and really ignited my love of creating something from nothing, so in 2003 I finally made the leap to costuming. I began sewing my own costumes one year after watching Chobits and deciding that I wanted to wear Sumomo’s costume for Halloween. Once I started searching online for sewing tutorials, I discovered cosplay, and from there the rest is history! 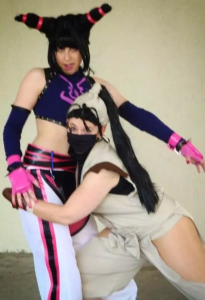 I make almost all of my costumes and props myself, but I have always been a fan of thrift store cosplay, closet cosplay, and commissions. I have commissioned a few costumes that were above my skill level at the time or simply because I was too lazy to do it myself.

This is a difficult question to answer, because every costume holds a special memory and place in my heart. However, since I have to choose, I must say that making the Ibuki costume for myself, and making my friend’s Juri costume, were by far the most fun to make and wear. I learned how to pattern from scratch because of those costumes, I was able to spend many fun nights with a dear friend, and we had such a blast wearing them. It was an all around wonderful experience. And I’ll be real here – my friend is drop dead gorgeous and makes an amazing Juri, which makes my costume look better on her.

Oh wow, this is an almost impossible question to answer. I have dreamt of so many costumes over the years, but I always come back to one. As a big Magic Knight Rayearth fan, I’ve always dreamed of making Hikaru’s battle mecha since the first time I saw it (more years ago than I would like to admit) in the game. There’s something about the grace and elegance, combined with the power of it, that appeal to me. 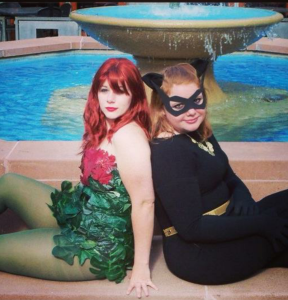 Yes, I am. I am a member of the Gateway Superfriends, which is a group of Midwestern-based costumers who perform children’s charity work and participate in local events such as parades, school gatherings, and other things of that nature. I haven’t been very active lately due to some pressing family and work obligations, but I am excited to get back in the game! Also, it isn’t official yet, but I am currently working on creating a children’s drug prevention outreach group with my local schools in an effort to use costumed superheroes, princesses, and other costumed crusaders to reach young children at an early age and attempt to teach them why they should say no to drugs. This is a cause that is very close to my heart and I’m looking forward to our first event.

Yes, I sure am! I have volunteered for  conventions/vendors over the years, judged costume contests, contributed scripts and content to convention panelists, co-organized a small cosplay group, and spent some time behind the camera for my local costume group. I’ve also discovered that I ADORE taking photos of costumers. It really is a lot of fun! I have a sneaking suspicion that I will begin to turn my focus to photography in the next few years. I also moonlight as a commissioner when I am not working my full time job, managing our rental property, or working on building my website and outreach group, which I also really enjoy.

Did cosplay lead to those, or the other way around?

I participate in other charity events that are not based on cosplay, but it definitely led to my love of photographing others and taking commissions.  I love to see other people wearing and enjoying something that I made for them. 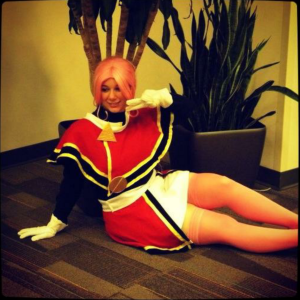 Dragon Con, hands down. To date, the first Dragon Con that I attended was easily and by far the single best experience that I have ever had at a convention –  and I attended sans costumes! If you haven’t been yet, make it a priority to get there.

Don’t be too hard on yourself. Everyone has to start somewhere and even experienced costumers are always learning and improving. Even those “famous” costumers started at the bottom. Don’t compare your costumes to other people’s – take pride in what you have accomplished! Making your first costume is a great thing! Also, don’t let anyone tear you down or tell you what you should or shouldn’t wear. Make the costume that you love, to the best of your ability, and rock it!

I would eradicate body shaming. I am so disheartened at the turn the cosplay community seems to have taken, with the advent of “famous” cosplayers and the explosion of social media sites. I see so many amazing costumes worn and created by people literally pouring their blood, sweat, and tears into a costume, yet because they don’t fit a certain ridiculous, made up, “acceptable” beauty standard, they are publicly shamed, mocked, degraded, and sometimes worse. I want the community to stop focusing on who can get more fans or who made a costume better than someone else. A costume is someone’s creation, their art, and a form of self expression. Let’s stop trying to destroy that for fleeting publicity on the internet. 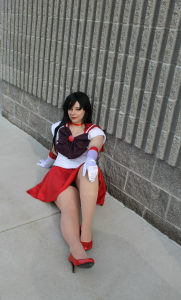 This is an impossible question for me to answer. I cant choose just one, so I’ll just say that one moment that I will never forget is meeting Stan Lee – at his request. It was so awesome to meet him! I had my first true fan girl moment when my best friend and I walked past him at Dragon Con, so I was thrilled to be invited to his little private tent area with our costuming group at a local convention the following year. That was a great time.

I am passionate about costume making. I think that there is something universally appealing about art in any form, especially when you create something from nothing. I hope that everyone will someday have the opportunity to experience what it is like to be with a great group of friends who share such a fun hobby, that brings people from all over the world together! I have made so many wonderful, lasting friendships because of cosplay, and I would never change that. Not for anything in the world.

I’ll be back later this week – on Friday this time, promise! – with our final Summer 2014 Cosplay Series interview. But for now, keep your eyes and ears open for the awesome things Theresa is working on…costumes, sure, but that great charity idea as well!