Survival Con: Welcome to The 100 Family 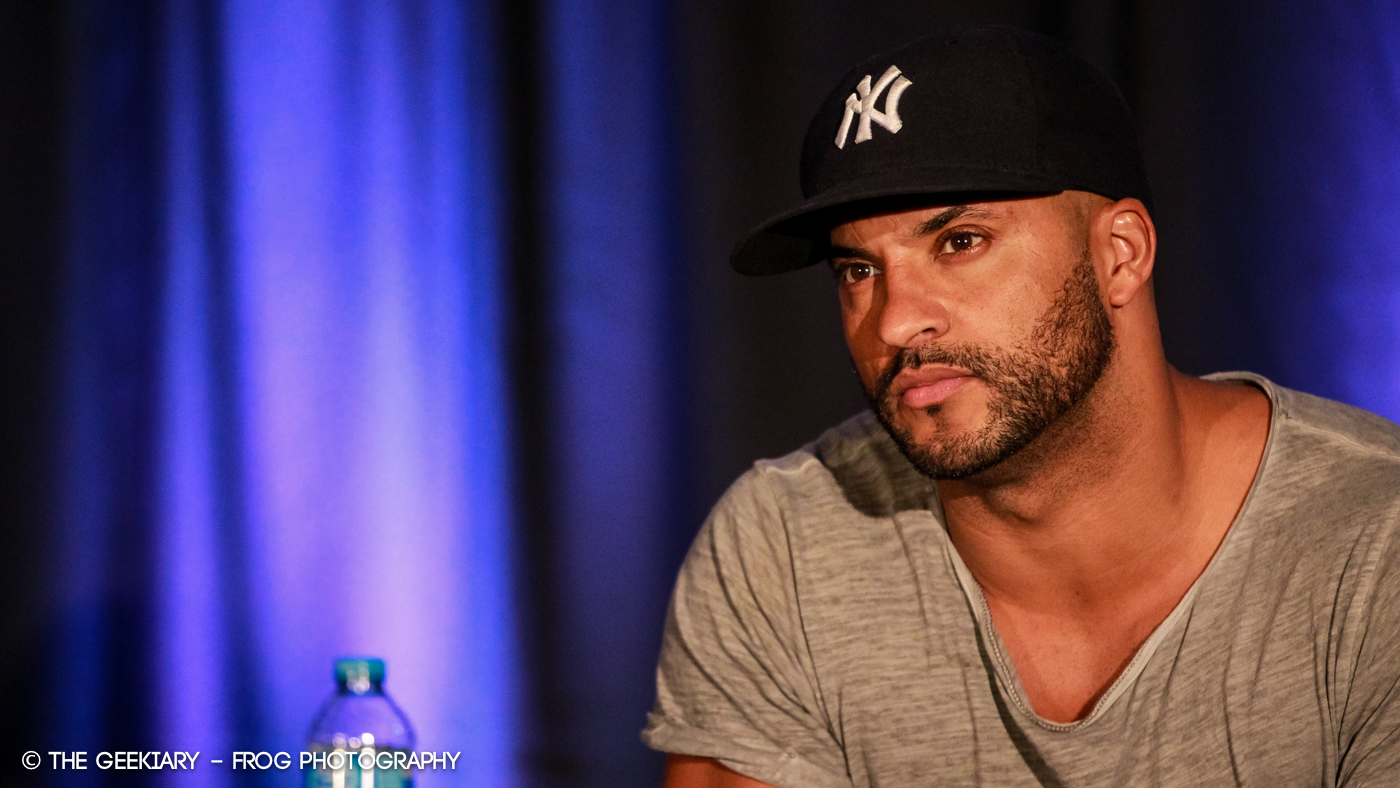 If I had to describe this convention in one word, it would be “family”. That’s how it felt all weekend: like hanging out with family. Everyone from the guests, the fellow attendees, the volunteers to the staff made me feel at home. Starfury Events has been running conventions in the UK since 1997 and it shows. Everything was done to make this event as fun as possible. I attended as a Gold Member which gave me access to a special Meet & Greet, but Starfury surprised both Gold & Regular Members with fan meets during the weekend which gave everyone a chance to meet some of the guests in small groups. Some regulars of Starfury conventions had actually never watched the show before and were simply attending to meet the friends they have made in the past. As some of you know, The 100 fandom can be a bit intense so I liked that unlike on the internet, there were no ship wars. Everyone was here to support the show regardless of who their favorite character is. 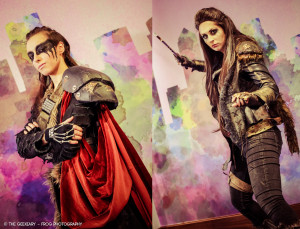 Survival Con was a really fun and friendly experience. The actors even stopped and chatted with the fans as they wandered through the halls of the hotel. They also came to the parties on Saturday and Sunday nights and danced for several hours with everyone. During the photoshoots, the guests were full of energy and agreed to all the poses requested by fans. I cannot count the number of time Ricky Whittle proposed during those 2 days. During the autograph sessions, they paid attention to every single person and had a small conversation with them. Honestly, they could not have been nicer. It’s clear that this cast is a tight group and that they really appreciate each other. It made everyone enjoy the weekend even more.

On Saturday, Starfury held a costume contest and we got to see some truly amazing costumes. Cosplayers Rage & Laura won 1st place with their incredible costumes of Lexa and Octavia. It was well deserved.

There are some light spoilers ahead so stop reading now if you want to stay in the dark.

The convention started on Friday night with the Meet & Greet in small groups of 8-10 people. We got to meet all the guests for roughly 15 minutes each. It ended lasting way longer and my group got to talk to Ricky Whittle for about 30 minutes. He came back on the subject of his departure from The 100. For those not aware, his mother recently tweeted about Jason Rothenberg (The 100‘s showrunner) bullying him. Whittle explained us that he walked away from a bad situation for himself that lasted two years where he had to smile, be the good guy, agreeing with everything… Then there was a point when he could not do it anymore and thankfully he ended up being in a better position. He called Rothenberg “a muppet, a disgrace, a bully” and hopes that Season 4 will be done without him, which I think, after the events of 307, we can all agree with. I know I do. While he did not go into details, it is clear that the situation must have been pretty bad to warrant such a strong reaction. He said that bullies thrive in silence and he doesn’t have to be silent anymore. “Karma is coming around. Everyone has found him out. He lost a lot of twitter followers and it will go down even more with some of the stuff that’s going to happen”. With Whittle getting the lead role in Starz’s new show American Gods, we can guess that Lincoln will not be back in Season 4 and most likely die. Despite these problems, Whittle expressed his happiness at the show being renewed for a 4th season. For him, the cast and crew deserve it and they are too good not to be working. He wants the fans to continue watching the show because the show is good. “The backlash is not the writers’ fault, it’s [Rothenberg]’s fault. He is the boss but not a leader. He doesn’t know what he is doing, it’s his first gig”. We also got to meet Joseph and Sahel who revealed that their characters will have good storylines and a bit more screentime in Season 3B. 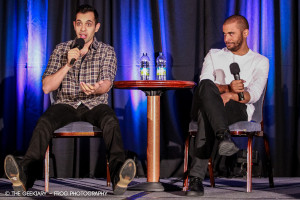 On Saturday and Sunday, all guests had Q&A panels. The panels were really interesting and some of them downright hilarious, especially on Sunday as both actors and attendees were more comfortable with each other. Whittle and Morgan highjacked Joseph and Sahel’s panel creating hilarity and the latter got their revenge by showing up during Morgan’s panel. They all impersonated each other at some point during the weekend and Sahel and Joseph arm-wrestled (Sahel won). One of the best moments of the convention was Morgan and Whittle acting Raven telling Clarke about Doctor Mechanic (crackship between Raven and Abby Griffin). Usually, the foray into crackships with actors is always awkward but Morgan and Whittle handled it perfectly and genuinely tried to understand the reasons behind the ship without judging those that support it.

While they were not allowed to tell anything about the rest of Season 3, they showed great introspection into their characters and how much they care about them. During Sahel and Joseph’s panels, Sahel explained Jackson’s decision for taking the chip in episode 306: Jackson goes from the Ark where there are no supplies, where they have to kill 300 people to save oxygen to crash land on earth where there is a war and more people die. On Mount Weather, there are supplies to help people but it blows up. Jackson basically just wants to be a better doctor and the chip gives him back the hope he had lost to help people. Regarding Miller’s boyfriend, Joseph did not know beforehand that this will happen and made sure with writers and Rothenberg that they would be doing it right. Both Sahel and Joseph also shared their respective experiences in The X-files and Arrow, which Joseph considers as his most exhilarating experience so far. 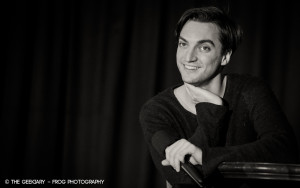 During his panel, Harmon revealed that Murphy was a collaboration between him and Rothenberg and was tailor-made to what he is capable of doing. Harmon loves the freedom of Murphy and how freeing it is to play an evil character.  A fan asked Harmon what his character thought of the events of 307. For him, Murphy felt very uncomfortable with the amount of emotions in that scene. He has no place. Harmon recalls not being happy about Clarke using the word “friend” in that scene as for him, all the Arkers had always seen Murphy as an outsider despite the fact that they have killed more people than he has. Murphy tried to help out in Season 2 and they all rejected him, including Clarke.

Whittle spoke about how he would have wanted to have some hints of Lincoln’s backstory and why he acts like he does. For example, in Season 2 right before they go to battle, everyone screams “blood must have blood”. Whittle decided to not have Lincoln chant it to keep the truth about Lincoln’s morals. Following the events of Finn killing 18 people from Lincoln’s village or the 300 grounders killed by Pike, it was written that Lincoln would not react. Therefore, Whittle had to use other scenes to portray emotions that would not be explained in the dialogue. “The most challenging part of acting is trying to find the truth in the script and the character because you don’t always agree with it. A lot of it is inconsistent and you have to find your truth, how to make it work for you”.

Morgan’s panel was by far my favorite as she spoke very candidly about Raven, her disability, racism and minority representation. She told us she created her own headcanon backstory for Raven where she was from the Mexico part of the Ark and Sinclair is her father after a one night affair with her mother. Raven grew up in the hood of the Ark unlike Clarke & Co. Because Sinclair is the chief of engineering, he could not be with Raven’s mother but he tried to have an influence on Raven’s life. To portray Raven after she got shot by Murphy, Morgan explained how she spent time researching what it felt like to have chronic pain. She started by looking into the science part (where, when, how) and then the emotional/mental part. She found a blog where people were sending their personal stories and discovered a thread about paralysis. The stories were raw and honest and they usually go through her mind when she plays Raven. For Morgan, Raven does not let her disability hold her down and breaks every stereotype. She revealed that during auditions, the bosses of The 100 were not trying to box any of the characters so that’s why she decided to audition for 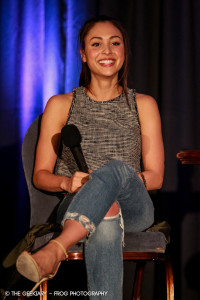 Raven. “We’ve had a great track record of having empowered women, of having me as a woman of color, being disabled, playing a genius mechanical engineer. I am not playing a stereotype based on my race, I am not playing a stereotype based on my sexuality, I am not playing a stereotype based on my sex and gender. Raven is a completely unique character that is not inhibited by anything, and then to have Clarke, the lead white female, have a same-sex relationship in a show made by the CW. It is breaking so many stupid glass ceilings that were put in place for no reason, because everyone was like ‘no, people should not do that / no, two girls can’t be together’, [****] off! Who cares? They’re happy. It still blows my mind that we’re in 2016 and this is a problem. No one in the cast or the writers ever thought ‘two girls shouldn’t be together’.”

Regarding Lexa, Morgan expressed sympathy for fans. “My heart breaks for the girls that finally had some kind of representative figure-head in a powerful position, as basically the president of the 13 clans, and queer. And all the girls out there who identify with that sexuality to see that it doesn’t matter who you like, you can be in a position of power, you can be awesome. The fact that there is no representation for that community out there in those positions breaks my heart.”

The weekend ended with a closing ceremony where all the actors gave a small speech about the weekend. For all of them, it was their first The 100-specific convention and they were all touched by the positive reactions from the fans and the fact that we all came to see and meet them. Morgan was a little overwhelmed by the Survival experience and cried a bit during her speech.

Ultimately, I had an amazing time at the convention with the fans, the guests and the staff.  I am looking forward to going back next year. May we meet again at Survival Con 2!

Editors Note: This article has been updated based on clarification from Lindsey Morgan’s representatives.