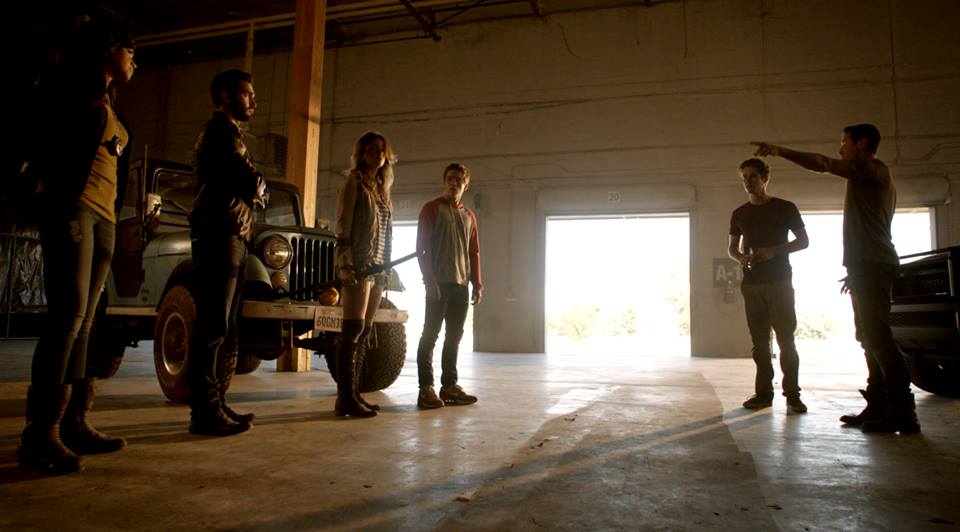 The problem with Teen Wolf is that every time I tell myself I’m done with this show, every time I swear that this is the last season I will watch, it goes and reminds me why I fell in love with it to start with. Because I am so in love with these characters (the original cast, I can take or leave the new ones). This episode was fun and exciting and it was genuinely the first time I was actually invested in what was happening since the beginning of the season. But that’s the problem, isn’t it? One episode isn’t enough to make up for and entire season that can best be described as ‘meh’.

Now I know a lot of you – and my fellow Geekiary writers – will probably disagree with my assessment of this episode. I’m aware that my love for this show makes me a little biased and honestly I don’t hold it to the same standards as a lot of others (if the people that make it don’t take it seriously, then I don’t either) but I am very aware of it’s issues.

Don’t get me wrong, this episode made about as much sense as – well, every other episode of Teen Wolf, but “Smoke and Mirrors” was well-paced, it focused heavily on the core cast, and actually summed the season up pretty well if you ignore the entire Benefactor storyline. Actually the ‘previously on Teen Wolf’ recap was a good reminder of just how much of this season was a waste. Basically everything that happened between Episode 2 and Episode 12 has absolutely no connection to the final. As long as you saw a clip of jailbait Beta getting bit you could skip eight episodes in the middle of this season without even noticing.

Now I know you all love it when we trash Teen Wolf, but I do want to say why I liked this episode. Scott turning into a monster, particularly one that his baby Beta feared most, was beautifully symbolic, especially because baby Beta was the one that brought him back to the light side of the force – that’s a Star Wars reference for anyone that is as unfortunate as Scott and Liam – who hasn’t seen Star Wars???? It’s a travesty! 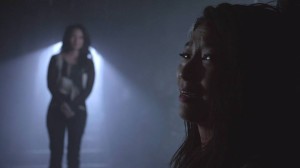 Also: Kira got some character development although it made me sad about how much she was wasted this season. Scott finally fought like an Alpha. Peter’s true colour’s were revealed and it was just as beautifully melodramatic as I imagined. Kate and Chris talked about Allison. Stiles and Derek were not only in the same room but they interacted with each other. It remind me that I am Sterek shipping trash and I will be for the rest of eternity. And Derek, I don’t even know how to talk about Derek because he died and evolved like a Pokemon for reasons that do not make any sense but who cares? Derek transformed into a full wolf like his mother, he got to attack the woman that ruined his life AND he finally won a fight. The whole season was almost worth it just for that.

On the other side, there were parts of this episode that really annoyed me. Like: why was Lydia left behind? Okay, understand why she was left behind narratively, so please don’t comment to explain that. I’m being hyperbolic because Lydia has been separated from the pack for much of this season for superficial and unnecessary reasons. While Mason is the only new character introduced this season that I am genuinely attached to, this episode could have been done without separating Lydia from the rest of the cast. 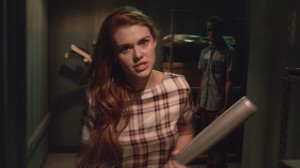 Lydia and Mason being stuck in the high school is an example everything I hate about this show. They have so many ideas but they don’t seem to care about whether or not it fits with the characters or the storyline. Take Malia for instance, I know a lot of you aren’t fond of her for whatever reason but, personally, I like her, and she definitely had one of the better developed character arcs for this season. But, apart from her name and the fact that she’s a were coyote she doesn’t really have anything in common with the Malia from 3B. They are completely different characters. Because Teen Wolf doesn’t care about integration or consistency. It just jumps from moment to moment without much thought or consideration as to how it got there.

That’s what makes this show so frustrating, when it does something right it makes me so happy but to get to those moments I have to wade through A LOT of muck. Sure, it’s not the paradigm of queer representation that we thought it was going to be (and it REALLY needs to stop trying to present itself as one) but it’s still entertaining when it doesn’t get too bogged down by pointless tangents and unnecessary new characters. Every so often the show I fell in love with shines through the hot mess it’s become and it’s almost worth the frustration. I understand why a lot of people have decided that Teen Wolf is not worth the effort. If I wasn’t so attached to these characters I would have given up after 3A, but, alas, I do love them. So I suffer through the plot holes and character inconsistencies for the brief moments – like “Smoke and Mirrors” – when I genuinely enjoy the experience of watching Teen Wolf again.

Now, before I go re-watch Derek’s Pokemon moment over and over again I want to talk about Sterek and queerbaiting because I know a lot of you are going to ask about it. Was the lingering look between Stiles and Derek queerbaiting? I guess you could make a case for it. After all, this is the second time they have avoided contact between Stiles and Derek for an entire season only to put a meaningful moment in the finale in an effort to entice shippers back for another season. But I would call that ship teasing more than queerbaiting because Teen Wolf has been pretty clear about the possibility of Sterek since the first trailer for Season 3 began with both Stiles and Derek with their respective female love interests (not that I think this was the right way to go about it, but the message was pretty clear).

Please don’t mistake my meaning. I am not trying to make excuses because Teen Wolf is very much guilty of queerbaiting. The way the PR department used Sterek during after Season 2 to raise the profile of the show and keep people talking without any intention of following through, that was queerbaiting. Teasing Stiles bisexuality – particularly the scene with Caitlin in 3B – that was queerbaiting. Selling itself as some kind of haven of LGBTQ+ representation without actually providing any meaningful representation, that is queerbaiting. But Stiles giving dying Derek a meaningful look as he runs off to save his best friend is at worst fan service. And hey, if it gives the fandom something to work with during the hiatus, then I am all for it. Bring on the fic season! To be honest, I have reached the point where I just don’t care. 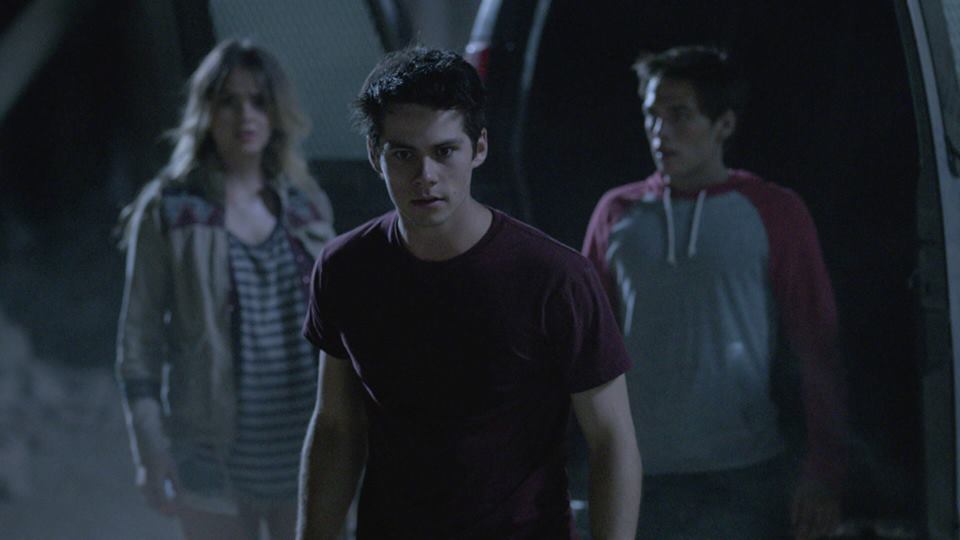 Teen Wolf is what it is. It’s probably never going to fill in the plot holes or have a cohesive season arc. It’s not likely that any of the main characters will come out as queer and we’re probably not going to get much more than background LGBTQ+ representation. They will probably continue to bring in way too many new characters and start way too many new story lines without any idea how to conclude them. And you know what? It’s perfectly understandable if you’re not here for that. Personally, this episode did enough for me to give Season 5 a chance, but maybe I’m just a sucker for punishment.

All in all “Smoke and Mirrors” was a surprisingly entertaining end to an underwhelming season. What did you think?