Teen Wolf 5×14 Review: The Sword and The Spirit 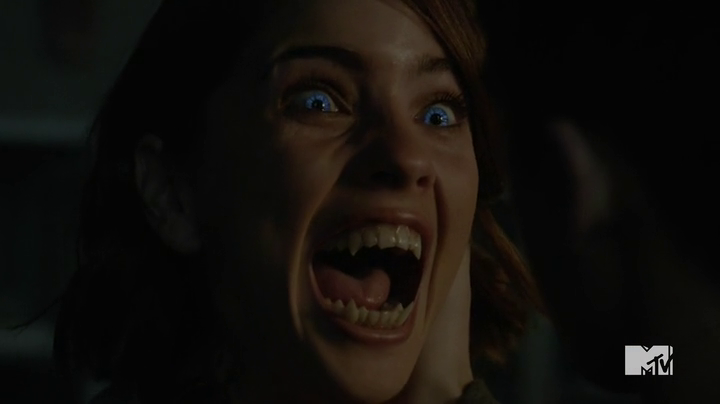 Judging by the events that transpired this week in “The Sword and the Spirit”, it does look like we are very close to the two timelines merging in Teen Wolf.

After seeing this week’s episode of Teen Wolf, I just hope that Scott’s pack does come back together, and they do something about defeating the Beast because Heavens know it has been too long!

The mystery behind the true identity of the Beast of Gevadaun is still up in the air. Our heroes have no idea who the unfortunate teenager is. All they know is that the said person becomes the Beast at night and turns back to human in the morning without any recollection of his or her transformation. Even though the Beast is supposed to be one of the scariest werewolves in history, I don’t find it scary enough, and yes, the low-budget CGI is one of the reasons. To me the Beast looks like a beefed up version of Stitch. Teen Wolf could’ve fared a lot better with making the creature scary if the show hadn’t been so quick in revealing its full form. Just shoot it with a rocket launcher already!

Malia going after her mother was one of the major arcs this week in Teen Wolf. The moment she teamed up with Theo you knew something bad was going to happen. When is everyone going to get it in their heads that they can’t trust Theo? He helped Malia find her mother, the Desert Wolf (henceforth referred to as Mama Coyote), and then betrayed her. He did all that because he wanted those shiny blue claws from Mama Coyote. Also, Braeden is no help whatsoever. Nothing about her screams trained bounty hunter to me. Or is she an assassin? I don’t even care anymore.

It turned out that Mama Coyote has it out for Malia because she stole her powers at birth. I need to know more about this lore. Do supernatural mothers give a part of their own powers to their offspring? Is it supposed to be an act of love, a bond between mother and child? If not, then why was Malia able to take part of her mother’s power away when she was born?

One of the things I’ve never liked about Malia’s introduction is how it demeans Talia Hale as an alpha. She took Malia away from Mama Coyote and gave her an adoptive family, and then she just forgot about her? It just doesn’t make sense to me.

Didn’t Deaton, the Hale’s Emissary, know about Malia? Why didn’t Talia tell anyone about what she had done? Malia has been wondering in Beacon Hill forest as a werecoyote for years, away from her adoptive father, all because Talia kept her a secret from everyone, and that’s just wrong. 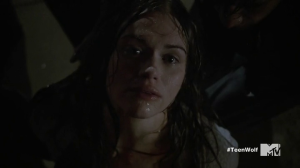 The title of the episode seemed to be about Kira, as it was her father who told her about the quote. But Kira didn’t have much screen time this week. Her father advised her to defeat the fox inside with her own spirit. I still can’t understand why everyone is so worried about the fox taking over Kira. I need to know about the origins of such fear. Does Mama Kira, being 900 years old, know about some other kitsune who was overwhelmed by the fox inside of them? Because all I have seen till now is Kira’s fox actually protecting her from danger.

In other news, the need to protect her friends enabled Lydia to finally use her powers in an offensive manner. We got a repeat of her attempted prison break we had already seen during the season premiere. However, it was a good to know that Stiles had put the plan to rescue her into motion.

Deucalion also came back. It turned out he was blind again, and I chalked that up to ‘plot convenience’. Scott’s little warning didn’t affect him and I hope Scott ends up killing him. I have been saying this for years now, Scott McCall needs to kill a bad guy instead of giving them a free-pass or letting someone else kill them for him.

With the timelines finally close to merging together I’m looking forward to seeing how Scott’s pack and the Argents plan to take down the Beast because right now they don’t even know where to start from.

What did you think of this week’s episode of Teen Wolf? Will Lydia’s friends be able to rescue her? Can Theo give Deucalion Scott’s eyes? Who do you think the Beast is? Is it Mason? Let us know!

Previous:The Magicians 1×02 Review: The Source of Magic
Next: The Expanse 1×8 Review: Salvage