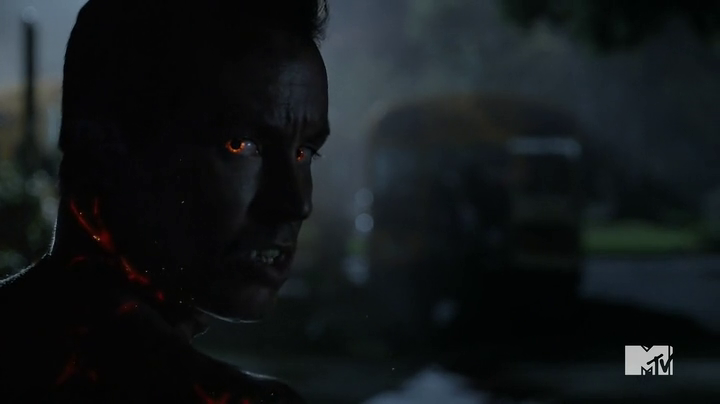 This week’s episode of Teen Wolf answered some questions about the Hellhound, but the identity of the Beast was still left up in the air.

Apparently Beacon Hills High School has to play a lacrosse game for charity in ‘A Credible Threat’. Why would any charity host a game in Beacon Hills, especially when people are dropping dead almost every day? But then again it is Teen Wolf, and people aren’t really concerned about numerous deaths. They would actually be concerned if a day went by without any mention of someone being murdered.

Corey seems to have had some sense knocked into him after being burned in Eichen House. He decides to leave town only to be stopped by Mason. I know both of them are supposed to be teenagers in love, but no high school relationship is worth getting yourself killed over!

You know who else had the sense to leave Beacon Hills before things got really messed up? Danny! He’s probably having tea with Jackson, and enjoying London.

Mason comes to a conclusion that the steam punk doctors are using high frequency transmissions to trigger the mystery teenager’s transformation into the Beast. Scott (Tyler Posey) also adds in his own two cents by deducing that the doctors keep forcing the transformations to quicken the actual reincarnation of the Beast of Geavudan. While Scott and his pack plan to find a way to forfeit the game, and discover the identity of the Beast, Jordan Parrish (Ryan Kelley) has personal stuff to worry about.

I liked Lydia (Holland Roden) finally getting to do something other than being trapped in Eichen House this week. She and the Argents helped Jordan get in touch with his Hellhound side because the internal conflict was making him lose to the Beast. They managed the task by chucking him into a huge freezer that the Argents just happened to have. It’s as if their secret lair is actually The Room of Requirement where items important to the plot just magically appear!

We got to know that Jordan died during the bomb blast in Afghanistan, and it occurred the exact moment Scott, Allison, and Stiles sacrificed themselves to save their parents back in season three. 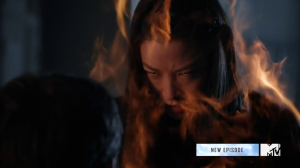 Also, Kira is definitely not well as far as Scott is concerned. If it were up to me I would’ve allowed the fox to take over because the Japanese-speaking-fox-possessed Kira is far cooler than the boring Kira of late who just wants to be a supportive girlfriend to Scott.

Speaking of boring things, Malia’s mother showed up for no apparent reason whatsoever. It just felt like a random plot device to divert Malia from completing her task of stopping news channel vans from broadcasting. Their interaction also hinted at Malia’s mother possibly kidnapping Stiles (Dylan O’Brien). As if we didn’t know it was going to happen sooner or later.

We are only two more episodes away from the finale, and I’m looking forward to knowing the real identity of the Beast. The whole thing has gotten rather annoying than exciting at this point.

What did you think of Teen Wolf this week? Are you excited for Crystal Reed’s return? Let us know!