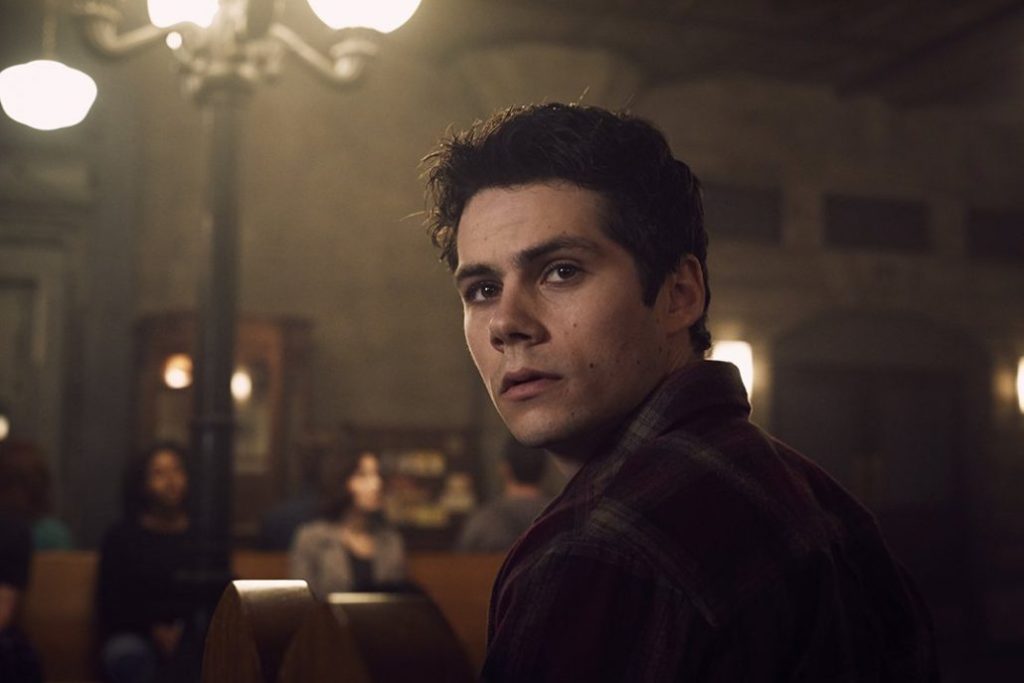 This is the moment all of us wolfies at home have been waiting for: the return of Stiles Stilinski. It comes after three episodes of Radio Silence. (I’m sorry – I couldn’t resist.)

Stiles comes to in a populated but derelict train station. Dust, murk, and confusion permeate everything. A nightmare; hell’s waiting room. Stiles is the only “passenger” there to question their situation, which actually makes a kind of sense—after sharing headspace with a nogitsune, I imagine he devoted himself to deliberate lucidity, constantly asking himself, “Does this make sense? How did I get here? What am I doing?”

Getting gaslit by a trickster being was probably an enlightening, if horrific, experience.

From there, Stiles’s run-in with Peter flashes us back to a bloody Eichen House riot following a power outage, which you may remember from last season’s “Amplification.” This led to Peter’s escape. With time and space twining themselves around this train station, such that stepping through one door brings you back into the station through another, we find ourselves in a kind of Twilight Zone: Beacon Hills (or perhaps Are You Afraid of the Dark, Beacon Hills?). It’s a lot of fun, though I suspect it would’ve been more fun with Derek rather than Peter. Yes, I still miss Derek. Shut up.

Peter carves a Lycan revenge spiral while in the supernatural jailhouse

A shifty-eyed fellow passenger joins them in their quest for escape, while looking distractingly like a young Coach Finstock.

Back in the real world, Scott and Lydia bribe a tow man not to tow Stiles’s Jeep when Lydia feels an intuitive need to keep it. It’s an interaction that calls to mind Ian Bohen (who plays Peter) and his crowd-funded short film, “The Tow.”

All of last week’s pointless lacrosse footage was worth it for the frankly beautiful scene this week gave us of Stiles and Peter on the train tracks. Peter emptying out Stiles’s wallet, pointing out that money and credit cards and IDs are all worthless now. Stiles desperately declaring that his friends will remember him, come for him, save him. Twisting the knife by asking Peter who would bother saving him. (On second thought, I’m glad that this didn’t take place between Stiles and Derek. I don’t want Derek hearing that, even if it might be painfully true.)

Taking a page out of Stranger Things’ book, Stiles manages to rig up a radio signal across the supernatural divide to communicate with his friends via his Jeep. This stranger phenomenon provokes an interesting argument between Lydia and Malia. Lydia doggedly refuses to let go of the possibility that “a Stiles” exists. Malia, for her part, refuses to engage the possibility at all. “I’ve lost a lot of people in my life,” Malia declares. “It’s a long list, and I don’t feel like adding to it.” Malia’s feeling, however unexamined or subconscious, that she’d rather forget someone than remember losing them just feels so perfectly in character for her. She’s the poster child for the “’Tis better never to have loved at all than to have loved and lost” camp. One can’t help but wonder if that’s a trait she inherited from her biological father. 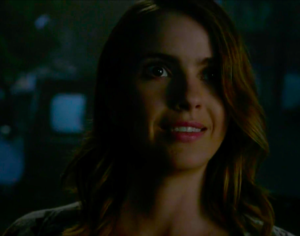 And my love for her intensifies when she destroys the tow man’s towing hook. “Your truck’s broke,” she says, giving The Smile of Social Ineptitude.

Then, the episode drops a little hint about what the Ghost Riders’ big picture might look like. Peter notices some of the other city names on the train station’s schedule board, besides Beacon Hills: Canaan, an ancient region in the Southern Levant known for its history of violent transfers of power, and Harappa, an Indus Valley city largely destroyed in the process of colonization. Peter piggy-backs on a Wild Hunt horse (horsey-backs?) to get back to Malia, his biological daughter. This journey marks the second time he’s been burned nearly to the point of death. In his charred hand, he carries Stiles’s keys, to remind his friends of who he is.

So, there you have it. Less than halfway through the season, and our protagonists remember Stiles. Now, it’s just the small matter of finding and rescuing him. From a supernatural force of nature. That happens to be responsible for some of the most infamous city ruins in history. That shouldn’t be too much for this group of kids, right? Six seasons in, and they’ve almost mastered lacrosse.

But all of that aside, I liked this episode much more than I expected. I do maintain that it would’ve been better with Derek than Peter. But, still, the setting was wonderfully mysterious, and the character conflicts were strong. What’s especially amazing to me is that the show pulled off–well, not a bottle episode, but a bottle plotline, and that’s certainly an upgrade from the less-than-stellar bottle threads in season one’s “Night School” or season three’s “Frayed.” 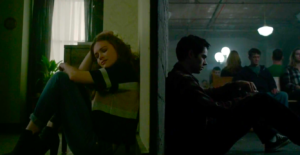 Lydia and Stiles, preparing to do their rendition of “My Eyes” from the 2008 web-musical “Dr. Horrible’s Sing-Along Blog”

Sure, I could quibble. For instance, I could dwell on the fact that Stiles and Lydia’s “love story” got so much more screen-time while they’ve been apart than it ever got while they were, say, falling in love.

But I’d rather just bask in the feeling of…if not contentment, then the absence of my usual Teen Wolf-induced rage.

Previous:Yuri On Ice Fandom Is Freaking Out About The Finale, But I Have Faith
Next: Howlers Rejoice! “Iron Gold” Starts a New Red Rising Trilogy