Supergirl 2×01 Review: The Adventures of Supergirl 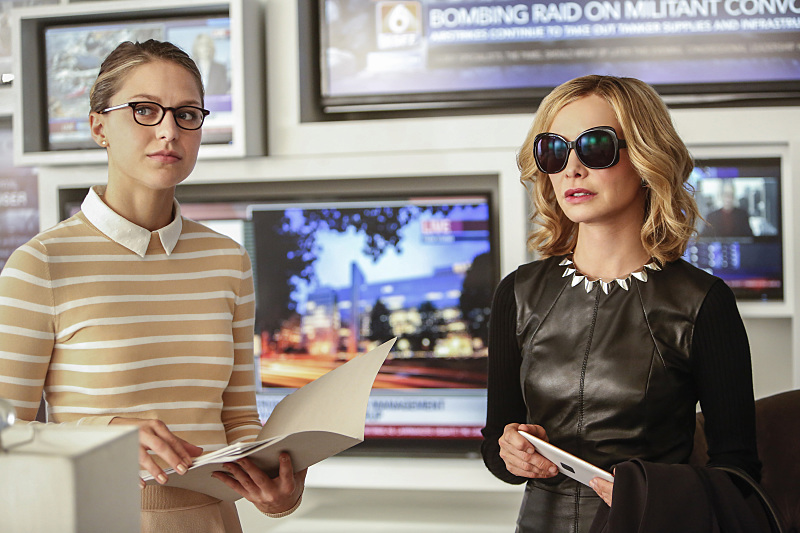 Supergirl returned with some big changes. “The Adventures of Supergirl” finally introduced Kara’s famous cousin, while Kara herself faced a few tough decisions.

The core of “The Adventures of Supergirl” revolved around Kara, as it should be. The season 2 premiere picked up right where the season 1 finale left off, with Kara needing to make an important choice in her career as well as her personal life. As Kara so cleverly explained to Clark in the episode, last year was about finding her place as Supergirl, and now it’s about finding her place as Kara.

After some soul searching – not to mention one or two inspiring speeches from the always wonderful Cat Grant – Kara realized that she really wanted to be a reporter. She also realized that she and James were better off as friends. Let’s discuss, shall we?

Perhaps it was teaming up with Clark that awakened her fire to be a reporter, or maybe we’ll learn more about her decision as the season goes on, but I’m not entirely sure I like this. I know that one of Supergirl’s many jobs in the comics was as a reporter, but – especially with the (however brief) addition of Superman – I really think Kara needs to have her own identity. She isn’t just the female Superman, she’s Supergirl, and she deserves to be her own person. But I guess we’ll see how this plays out during the rest of the season.

Her breakup with James just seemed extremely abrupt. They spent the entirety of season 1 developing their relationship to get to the point when they were together, and then “The Adventures of Supergirl” ended it with a sentence and a shrug. This may not be the world’s worst decision, as the show can choose instead to focus on Kara’s relationships with the women in her life as well as Kara’s development as an individual, but as someone who values good writing, this just felt off.

But of course we have to talk about Superman. How amazing was Tyler Hoechlin? In an era where more and more films are going gritty and dark, Tyler brought hope and optimism into his role as both Clark and Superman. Not only that, but there was a definitive difference between the two versions of him. This is a Clark who seems to have it all together – I know none of you missed his call with Lois – and seeing him being able to balance the two halves of his life is partially what inspired Kara to take a good, hard look at her own life.

Plus, I loved the dynamic between Clark and Kara as they worked together to figure out what happened. Tyler and Melissa have great chemistry, and they really felt like siblings. Watching the two of them team up was a joy. I’m sad that Tyler is only slated to be in two episodes, mostly because I loved seeing them on screen together, though I understand that the focus of the show could very easily shift if he stayed for too long.

The other addition to the cast is Katie McGrath as Lena Luthor, and I just loved her. Katie just seems to exude confidence in every role that she does, and I think she was an admirable Lena. I also enjoyed her little moment at the end with Kara, and I can’t wait to see more of them together.

All in all, “The Adventures of Supergirl” was an excellent premiere. There was a good balance between Supergirl and Superman, yet the focus was still clearly on Kara. Plus, there was still plenty of girl power. Supergirl fits in much better on the CW than it did on CBS, and hopefully it will flourish on its new network. (In case you missed it, the premiere did extremely well.) The world needs more shows like Supergirl.