The Dragon Prince Season 3: We Have a Trailer! 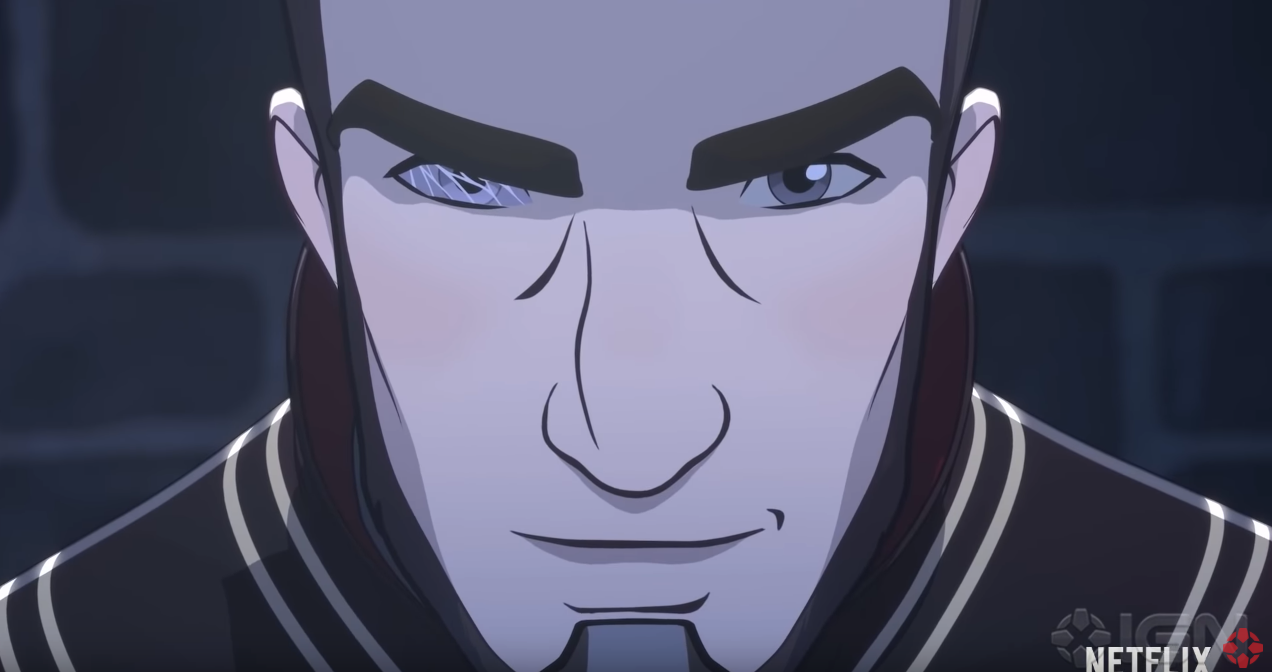 This is one series whose return I’ve been anxiously anticipating. It’s felt like forever, but it’s only been about nine months since we last saw Callum, Rayla, and Ezran. Now, three weeks before it drops on Netflix, we finally have The Dragon Prince Season 3 trailer! 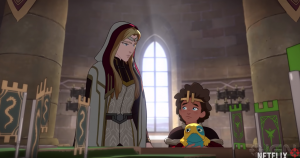 The Dragon Prince Season 3 trailer gives us an action-packed look at the upcoming season. As may have been expected, averting a war between Xadia and humanity is not going to be as easy as simply returning Zym to his family. Ezran, who has returned to Katolis to take his place as king, faces a difficult dilemma – one that is not helped by the fact that Viren seems to be possessed by seemingly evil elf Aaravos. The trailer gives us a glimpse of the battle to come – presumably with our characters on opposite sides. Callum and Rayla are still in Xadia – and in some scenes we see Ezran there as well – while Claudia and Soren look to be completely on the side of the human kingdoms.

We also get to see the toll that the events are taking on Claudia and Soren. At one point, Claudia says, “We’re all that’s left of our family.” Does that mean that something happens to Viren, or is that referring to the fact that it appears that he has been taken over? It looks as though the two free their father and then regret that decision. I’m looking forward to more moral ambiguity with these two; I’m also anxious to see what, if any, consequences Claudia will face after the way in which she healed Soren at the end of season 2. 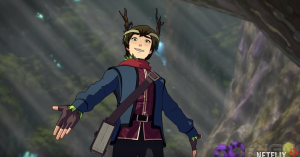 Callum and Rayla are getting closer in The Dragon Prince Season 3 trailer. Since this series is aimed at younger viewers, I’m not anticipating a whole lot of movement in their relationship. The show hasn’t shied away from romance, but considering the situation, it’s not on the forefront of everyone’s minds. That said, their interactions are a highlight of the series for me, and I couldn’t help but giggle at Callum’s elf impression – an obvious homage to Rayla’s ridiculous “human!Rayla” disguise.

As I watch the trailer, I’m eager to meet all of these new characters, and I can’t help but recall that we were promised more LGBTQ+ representation at the Wonder Con panel. The Dragon Prince already does a stellar job at representation with this one glaring omission; I’m trying not to get my hopes up too much but after seeing how well done the queer rep was in The Bravest Knight, a show aimed at the same age group, I now have a bar by which to measure. 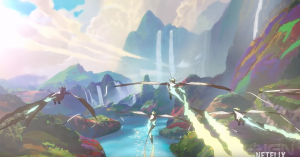 But perhaps what I’m most excited about after having seen the trailer is the expansion of the world. We finally get our first real look at Xadia, and it is absolutely beautiful! I’m really looking forward to seeing more of the magic and the creatures that are so intrinsically linked with Xadia. I was disappointed last season when we didn’t explore more about the sunfire elves, so I’m glad to see that they’re set to return, along with Amaya. (Is poor Gren still chained up in the dungeon? I hope they still remember to feed him, at least.)

Check out the trailer for The Dragon Prince Season 3 below!

The Dragon Prince Season 3 premieres on Netflix on November 22.

What do you think? What are you excited about? What burning questions do you hope are answered? Let me know in the comments!

Previous:Netflix “Daybreak” Season 1 Review: They Should Have Focused on Anyone Except Josh
Next: “Batman Beyond: The Complete Animated Series” Limited Edition Blu-ray Set Review