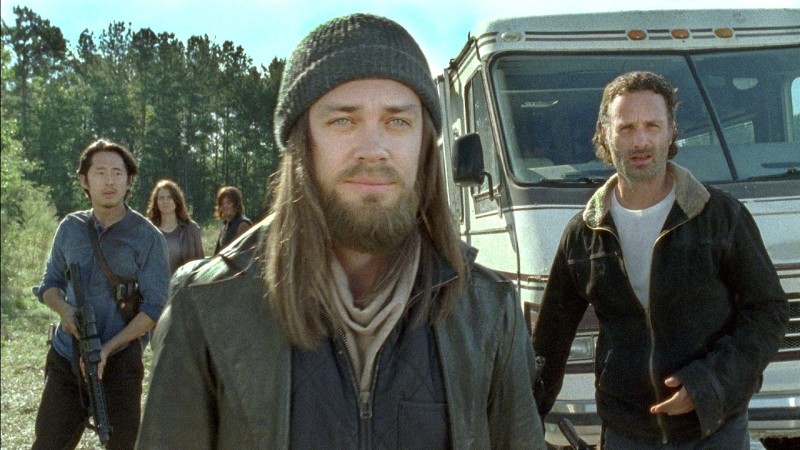 For as much as “Knots Untie” explored many of the relationships in The Walking Dead, I feel like a lot of it bodes ill for some of our favorite characters.

WARNING: Please note that this review includes spoilers for “Knots Untie” as well as some vague references to The Walking Dead comics.

“Knots Untie” opened with Abraham and Sasha, which started out kind of sweet, and then sad when she pushed him away – because to be honest I don’t remember them ever making it clear that Abraham was still/back with Rosita. But he is, so no wonder Sasha doesn’t want to go on runs with him anymore. 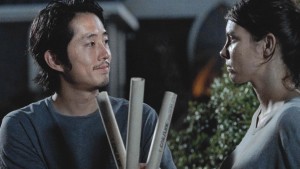 The opening continued with a short scene between Glenn and Maggie, because for some reason she was outside working on planting tomatoes late at night. Unfortunately not enough happened for it to make sense as anything but a convenient way for Glenn and Maggie to spot people running around Alexandria and immediately rush off to help.

Meanwhile, Carl snuck up on Jesus a little too late – Jesus had already woken Rick and Michonne, and his comment about waiting for Carl’s mom and dad to get dressed was obviously a bit of a surprise to Carl. From there, though, “Knots Untie” jumped right into the Alexandria leaders (which is now The Group, of course) meeting with Jesus and agreeing to go with him to visit his settlement. But even when Jesus told them that their world was “about to get a whole lot bigger”, he wasn’t exaggerating enough.

But more on that later, I suppose. Because I think it’s more important to note that “Knots Untie” was very heavy with its foreshadowing. To be honest, it was almost something like brilliant, because it’s pretty obvious that someone isn’t going to survive the second half of this season; in fact, very likely more than one person won’t. And now they’re either pulling some great red herrings or we can easily narrow it down to I’d say three, maybe four people. I’ll leave speculation on that up to anyone who comments 😉

I did really like everything that went on as the leaders were leaving Alexandria. The interactions between Daryl and Denise are so sweet, and of course it’s important that Carl immediately okay’d the whole Richonne thing. (Yeah yeah, I know, Carl isn’t referring to it as Richonne, but give me a bit of a break, I’m fangirling here!)

There was also some good tension in this episode, including when they found the wreck and Jesus insisted that it was his people. Perhaps it’s because I’ve read the comics, but I trusted what Jesus was saying, and in the end it definitely turned out better that Rick & Co. finally agreed to try to find the survivors. If anything, it got them into the Hilltop (weapons in hand).

I have to admit, I didn’t expect Gregory – the leader of The Hilltop – to be so rude! Maybe I’m misremembering what I read, or perhaps the show is going in a different direction, but he is no sweet-talking leader. The best parts about “Knots Untie” were his interactions with Maggie, because she refused to take his shit and it was awesome. Like Rick said, Deanna was right about her – she’s tough, she’s persuasive… she’s a leader. 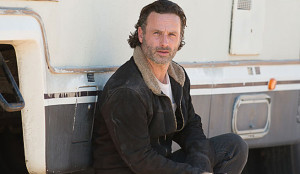 Unfortunately, things take a turn for the worse pretty much right away. Yeah, Gregory was an ass, but that was nothing compared to the Hilltop residents who came back and attacked Gregory. Of course this was all about Negan, and while I already felt like there was a pit in my stomach from things that happened earlier in the episode, once The Group got involved in that fight and immediately offered to fix the Negan situation I was completely on edge.

The thing is, “Knots Untie” had a very anticlimactic ending. I almost hate saying that, because it was a happy one (for The Walking Dead, anyway), but I have a bad feeling that the next five episodes are going to drag out a lot of things…namely several characters’ fates. It’s clear they’re building toward something big, and that that something is going to involve Negan, but the preview for next week showed our “heroes” back in Alexandria. With five more episodes left, can they keep this tension going? I would love to say yes, but this is something the writers have failed at in the past.

But hey, right at this moment, most people are happy…ish? I mean, Abraham is a mess, who knows what’s going on with Daryl, and they have some shady guy from The Hilltop with them…but Glenn and Maggie got to see an ultrasound of their baby and Rick and Michonne are Richonne for real. I guess we just have to wait and see who gets the short end of the stick between now and the season finale.