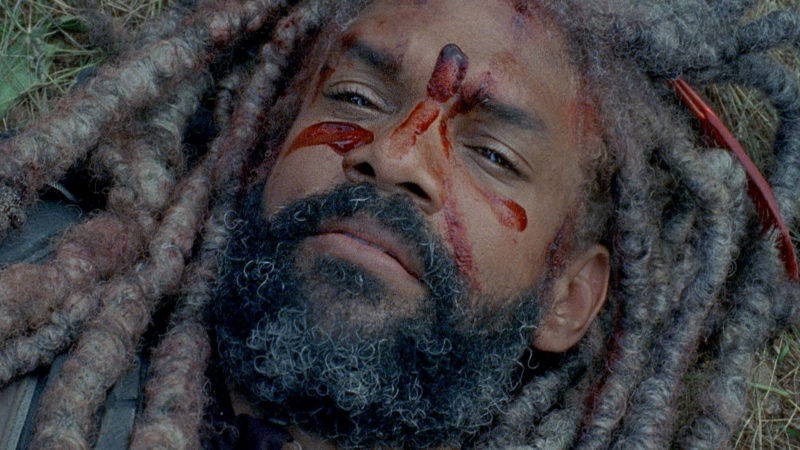 We’ve finally broken the single-worded titles with “Some Guy” and moved onto the bigger emotions. I gotta be honest, I didn’t hate this episode–at first. In fact, I found myself growing pretty emotional throughout it. When King Ezekiel crumbled and said he was just Some Guy, when he was giving his speech, when he watched Shiva’s death, I found myself moved. Unfortunately, the episode ended with me wanting to rip my TV off the mount and throw it out in the yard.

I’m not even sure where to begin. As stated before, I didn’t hate it but I didn’t love it either. It was more or less average but sometimes I have a preference for boring things instead that are just too predictable and corny. We’re right back to stupid time jumps and my big crybaby ass started getting teary-eyed during Ezekiel’s first speech. Something about watching him, as a King, get ready that morning was so poignant.

We will lose not one… But SURPRISE MACHINE GUN ATTACK AND WE LOST EVERYONE.

With yet another monologuing half-assed villain, Gunther, who, by the way, looks like the lovechild of Jeffrey Dahmer and Kip Dynamite, we only had him for filler. I was so curious about him but all he did was drag Ezekiel around in those weird glasses and talk about The King, The Widow, and Rick. But bravo to Jerry cutting that sucker in half like a Christmas ham. If Jerry dies, I can’t lie, I’ll be sad. He’s a breath of fresh air – he’s not a caricature or a trope. He’s comic relief but he’s not the dopey class clown. I genuinely care about him. 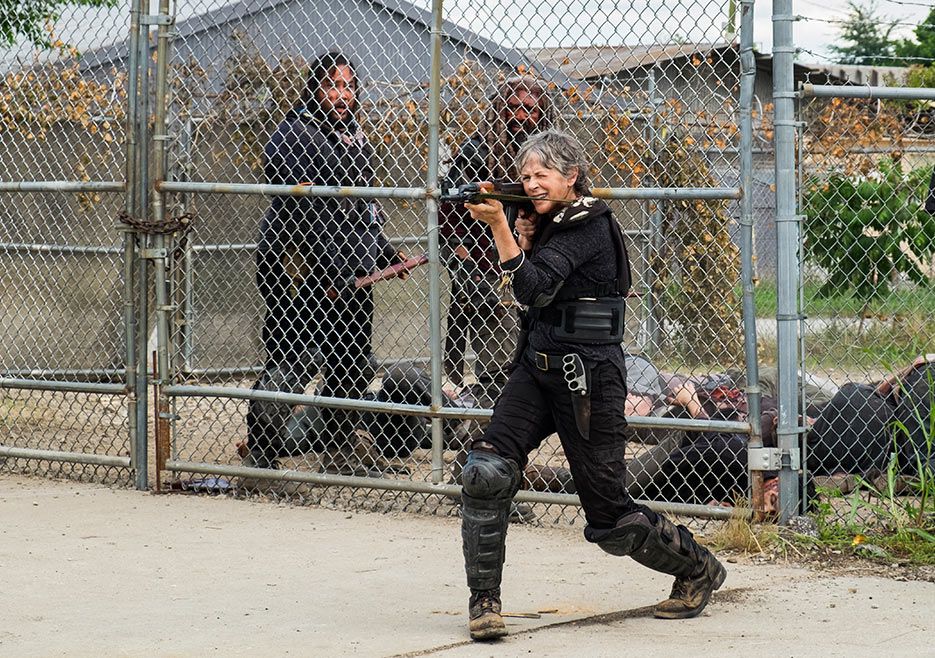 Let’s take a second to appreciate Carol. Carol is a badass, there’s no other way to describe her. She’s pulled herself up from the darkness, from desperation, from loss, and has turned into a ruthless killing machine. She climbed into the CEILING and SHOT THOSE DUDES. I could watch an entire series of just Carol. Hey AMC? Get on that stat! I kinda feel like they’re milking Carol and Ezekiel’s relationship. Carol is better than mooning after someone. She has people to mow down and justice to serve.

I won’t even talk about Indiana Jones, I mean Rick’s, and Daryl’s car chase. It’s the equivalent of the Family Guy Chicken Fight. They used it for filler. Again. By the way, Daryl will probably die because he didn’t wear a helmet. Calling it now. 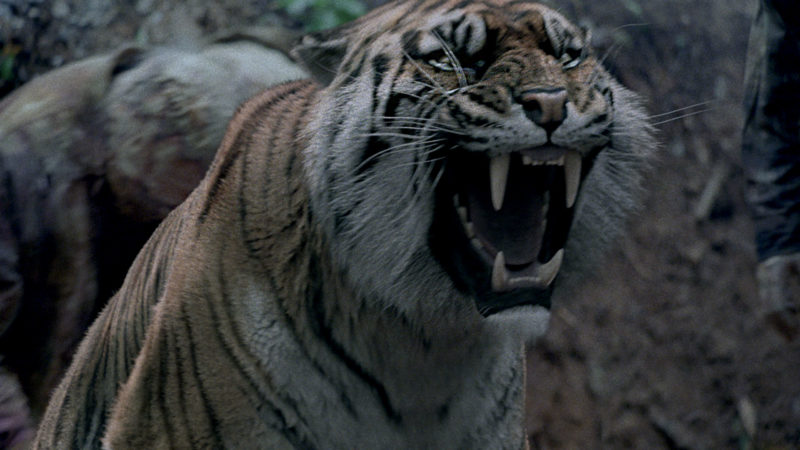 The final blow was delivered in the worst foreshadowing I’ve ever seen. With Jeffrey Dynamite mentioning the tiger 3908 times, I should have known something would happen. I kept thinking: “Why does he care so much about the tiger? Why does he keep bringing up Shiva?”

I can handle a lot of deaths fairly well (I only shed a few tears for Glenn), but the second an animal dies, I’m done. Her actions, CGI or not, were heroic, but the death was gratuitous. The tiger snack dripping from gnashing walker teeth and her blood flowing down the radioactive river sealed my hatred on this episode.

Do you think Shiva had a good send off? How do you feel about the jumping around? Is King Ezekiel really just Some Guy? Let us know in the comment section below!

The Geekiary now has a webcast where we can bitch and moan and complain about the episodes after they air. Check out The Bitching Dead on Mondays at 8 PM EST.

Previous:Warner Bros. Home Entertainment Announces Release Date for “Batman: Gotham by Gaslight”
Next: The 100 At Dragon Con: Return of SpaceKru